Go back in time and stop in Sarsina. With a little imagination, you will be able to sense the presence of the Latin playwright Titus Maccius Plautus, who was born here in about 250 BC. The main square is named after him and the Plautus Festival is dedicated to him. This festival has been held every summer since 1956 with internationally renowned guests in the marvellous setting of the Arena Plautina.
And it is Plautus who links the town of Sarsina to Dante, who decides to place him in Limbo (Purgatory, XXII 98). The Supreme Poet seems to owe a specific debt to the man from Sarsina: it is believed that the line “Abandon every hope, who enters here” (Inferno III 9), one of the best known in the Divine Comedy, is taken from the following line in Plautus’s Bacchides (Bacch. 368-70):
Pandite atque aperite propere ianuam hanc Orci, obsecro.
Nam equidem haud aliter esse duco, quippe quo nemo aduenit,
nisi quem spes reliquere omnes, esse ut frugi possiet.
[Open it, please, open it quickly, this door to hell.
To hell, yes, because no one enters here,
unless he has given up all hope of remaining honest.]

The finds from ancient Roman history here are renowned for their uniqueness and magnificence and are housed in the National Archaeological Museum, one of the most important in Italy. The alleys of the charming old town are also dotted with them, along with admirable examples of Romanesque architecture such as the Basilica Santuario di San Vicinio with its red brick façade. The blessing received through the imposition of the thaumaturgical “chain” of St Vicinius, kept inside, attracts tens of thousands of pilgrims every year. Finally, don’t miss the Camino di San Vicinio, a route winding for over 350 km along the Savio valley, and the Marmitte dei Giganti Park. 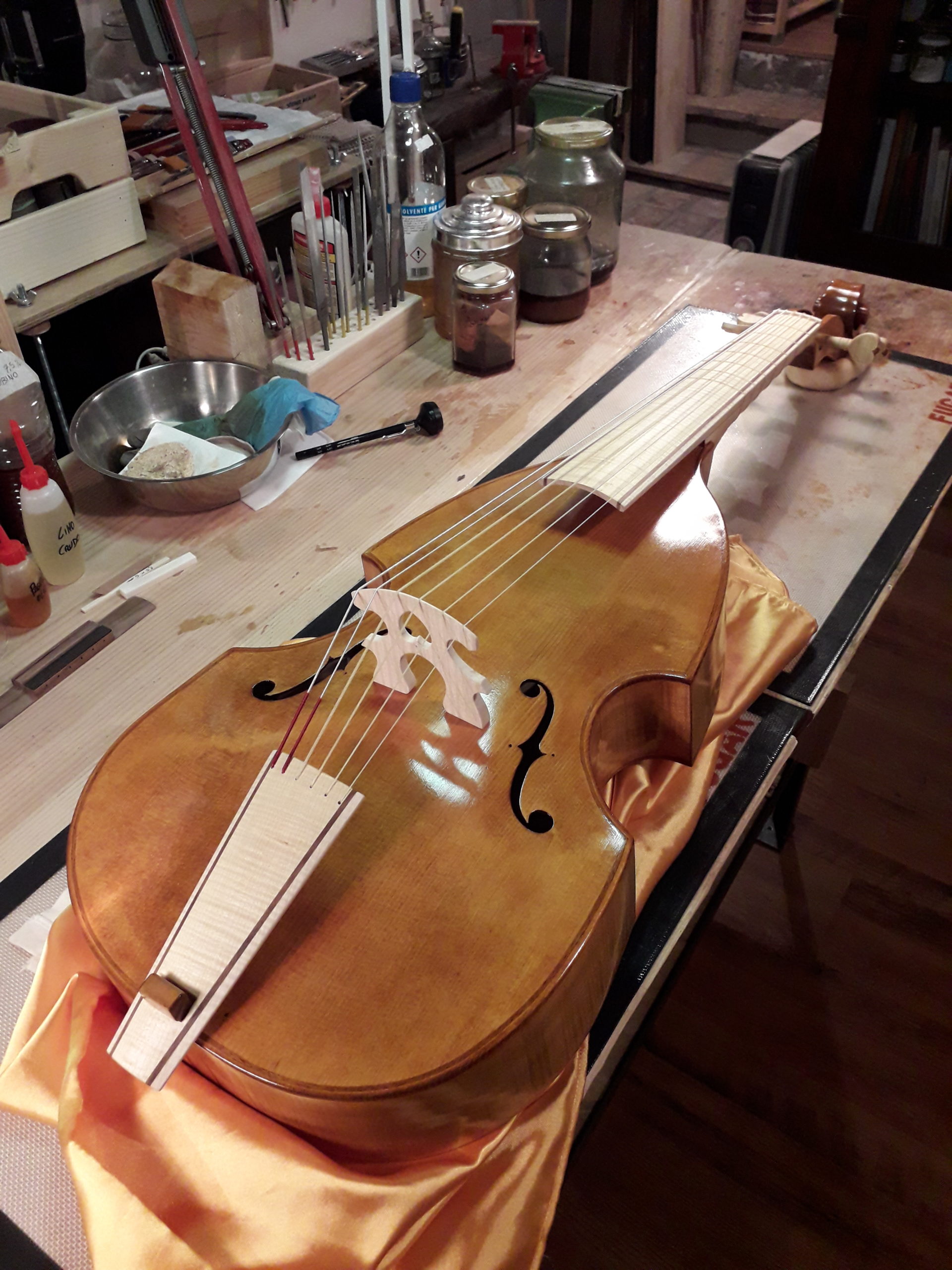 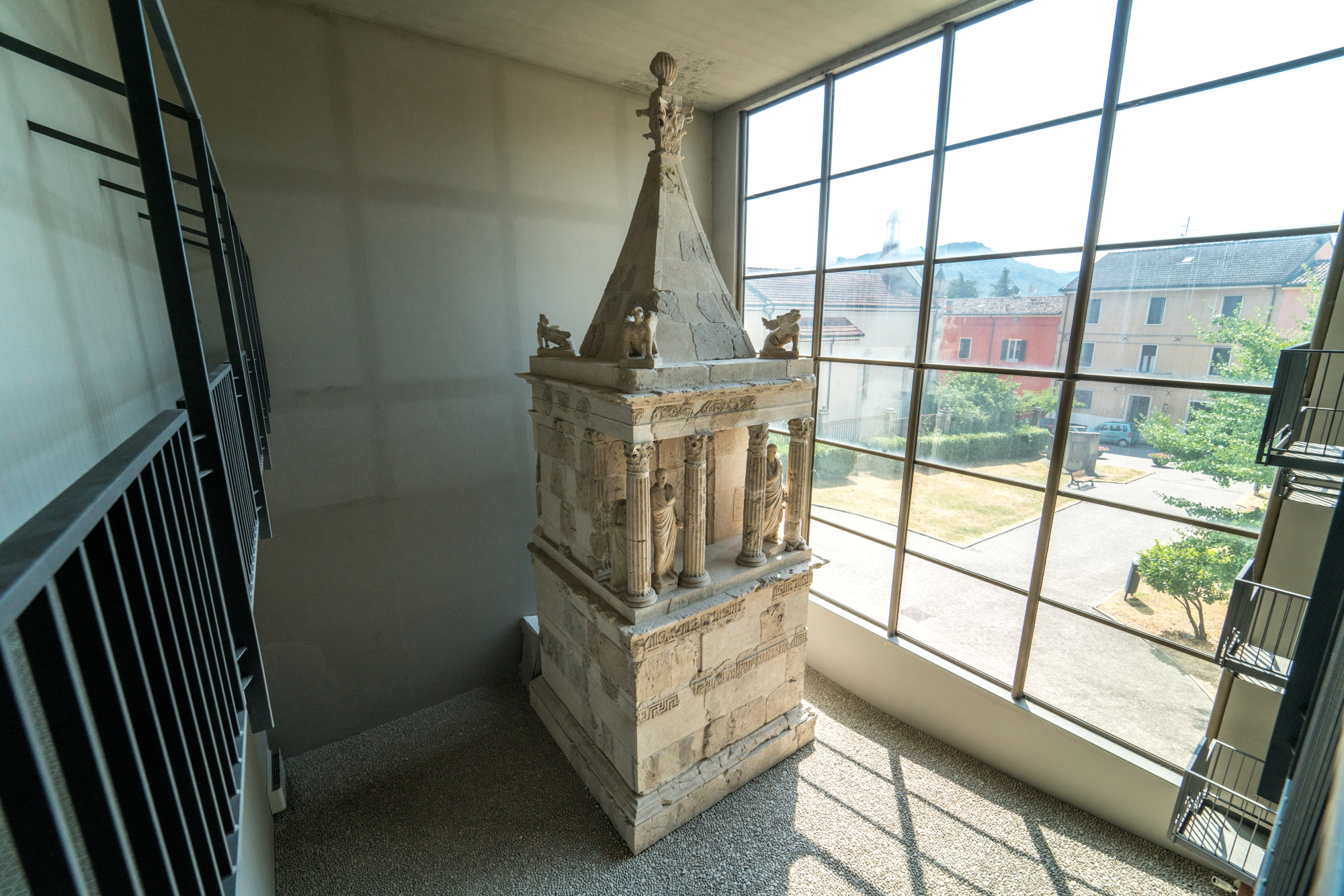 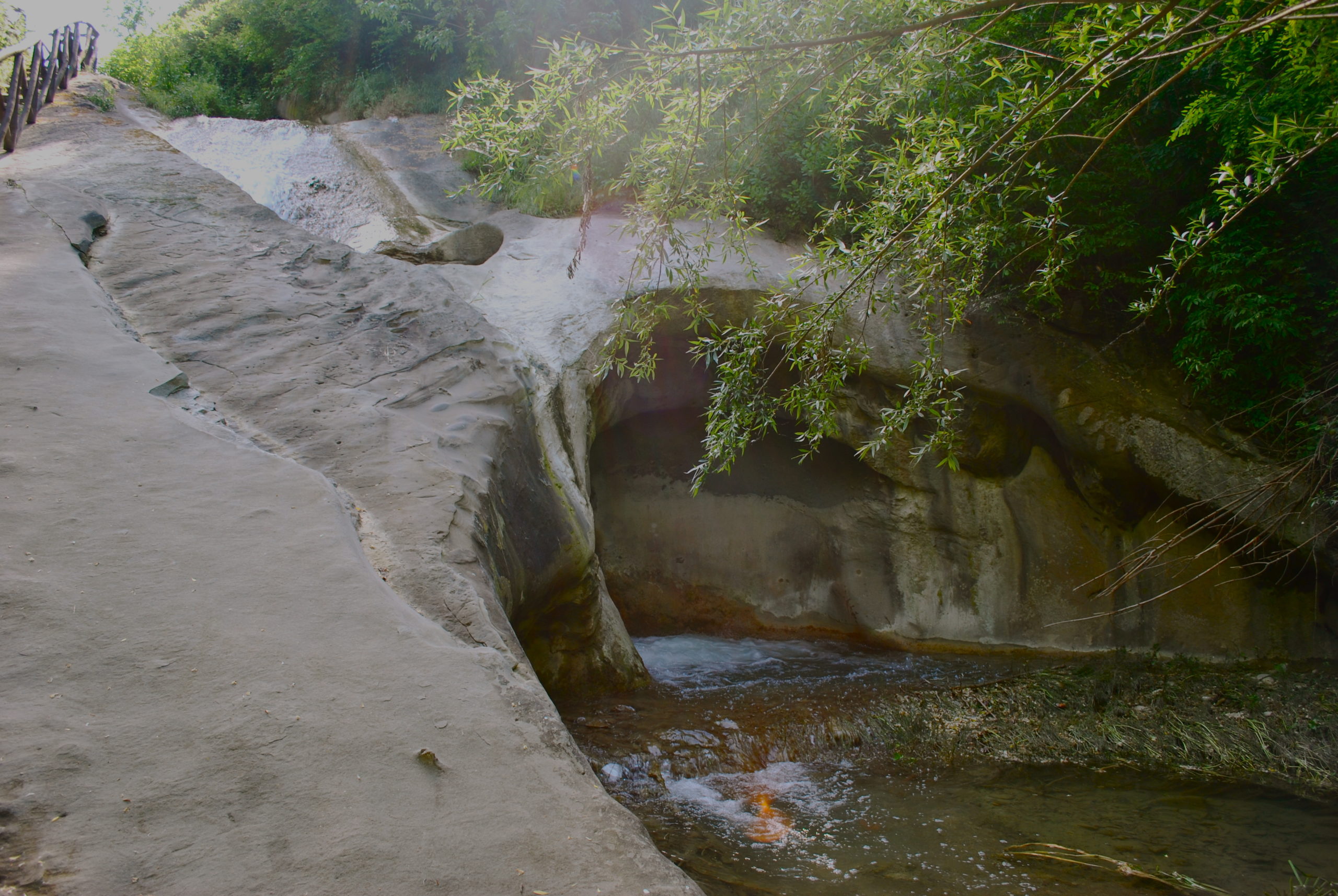 The Cammino di San Vicinio (St. Vicinius’ Way) is a circular route of over 350 km that passes through the sites of the hermitic life of the Saint of the same name, who lived in Sarsina between the 3rd and 4th centuries, and that runs mainly in Emilia Romagna with short stretches in the Tuscany and Marche region.
The route, which follows ancient mule tracks and paths, allows total immersion in nature and has no asphalt roads.
It starts from the Basilica di San Vicinio in Sarsina, where the Saint’s relics are kept; then on to Camaldoli, the Sanctuary of La Verna, Mount Fumaiolo, with the sources of the Tiber and the hermitage of Sant’Alberico; Sant’Agata Feltria, Sogliano sul Rubicone, with its fossa cheese; the village of Monteleone, where the poet Lord Byron stayed, Cesena and Mercato Saraceno, where you can stop at the Pieve di Santa Maria Annunziata in Monte Sorbo and on Mount San Vicinio.

The Plautus Festival in Sarsina is undoubtedly one of the longest-running and most important theatre festivals in Europe: it has its roots in 1956 and will reach its 61st edition in 2021.
The programme mainly includes performances of plays taken from the “Ancient Drama” repertoire and, in particular, from the Latin playwright Titus Maccius Plautus, born in Sarsina around 250 BC. The most famous actors and actresses in Italian theatre and cinema take to the stage of the Plautus, with an audience of thousands of spectators from all over Italy every year.
The Festival is set up inside the Arena Plautina: a functional and modern structure located, like an ancient theatre, on a natural slope at the foot of the evocative Borgo di Calbano: an atmosphere that combines the liveliness of live classical theatre with the poetry of summer evenings in the open air. Try it, at least once in your life!

Primavera (Spring), Pasqua (Easter), Pagnotta (Loaf): in Sarsina the three “Ps” of the season of rebirth have always gone hand in hand. Tradition has it that it was customary to prepare breakfast on Easter day with a very special “loaf”: the “Pagnotta Pasquale”, the most iconic of all Romagna desserts, accompanied by blessed eggs, homemade salami and good Sangiovese wine. A mixture of the “sacred and the profane”, to celebrate the arrival of spring and religious festivities.
Obviously, like any self-respecting tradition, there are various recipes for Pagnotta, but all have certain points in common: the dome-shaped dough, “brushed” with beaten eggs and cut on top to “flake” well, hours and hours of leavening, baking over a low heat for about an hour, in the oven, on sheets of paper towels. And a special scent that cannot be described in words.
Every year, Sarsina organises the Pagnotta Festival on the two Sundays before Easter, when the loaf is displayed in the local bakeries and in the homes of everyone in Sarsina.

The Savio Valley is populated by many characters from the realm of fantasy. While in Bagno di Romagna there is the Path of the Gnomes, in Sarsina we have traces of the Giants, who heat their food in large “potholes”, deep natural cavities preserved in the Marmitte dei Giganti (Giant’s Potholes) Park.
The area covers about 30 hectares and includes part of the basins of the Rio Crocetta and Rio Montalto. Over the millennia, the erosion of debris dragged by the water, following circular trajectories, has formed deep cavities in the rock, which popular imagination has attributed to the work of giants.
The area has both interesting natural features and man-made structures, such as the ruins of the bridge over the Rio Crocetta, the four high masonry piers restored and equipped with a new footbridge and the ruins of a former farmhouse.
The park is equipped with rest areas and is easily accessible from the historic centre of Sarsina, ideal for a trip with children.

Sarsina exudes Romanness from every pore, all year round. Its Romanness explodes in all its power during the Roman Festival, held every year on the second Saturday of July, when Sarsina returns to the ancient splendour that saw it first as an Umbrian town and then, conquered by Rome in 266 BC, as a federated city and Roman municipium.
The whole community wears ancient Roman clothing and decorates the streets with columns, capitals, statues, braziers, carts and banners in order to remember the glorious past and revive its art, culture and gastronomy. A real re-enactment of Roman daily life and customs with themed costumes and food. Along the streets of the centre, you can taste the traditional cuisine of 2000 years ago in the company of Bacchus and Venus, listen to the premonitions of the gods, recapture the scents, spices and colours of an ancient market and dance to music that will take you back in time. For the occasion, the National Archaeological Museum remains open until late in the evening.

The Museum’s collections are almost exclusively local in origin, but they cover a broad chronological span from prehistory to late antiquity, with a focus on the Roman period. Of particular interest are the funerary epigraphs, which offer a social insight into ancient Sassina, the large polychrome floor mosaic known as the “Triumph of Dionysus”, the imposing mausoleum of Rufus, the group of statues depicting Phrygian and Egyptian divinities, including the statue of Attis, which constituted the most important sanctuary in northern Italy devoted to these cults, as well as various furnishings and the reconstruction of the dining room (triclinium) of a domus of the time.
We recommend a visit accompanied by a tour guide, who will be able to explain the customs and traditions of Roman times and make the experience of the Museum even more fascinating.
The Cathedral of San Vicinio, a unique spiritual experience The imposing Sarsina Cathedral, in town’s central square, built around the year 1000, is one of the best preserved examples of Romanesque architecture in Romagna. The modern mosaic in the lunette, depicting St. Vicinius with a bishop’s mitre and the famous “chain”, welcomes the pilgrim tourist in search of a strong spiritual experience. The austerity of its brick interior divided into three naves, the atmosphere conferred by the light that enters through the small windows and the silence that reigns, make the Basilica an oasis of peace and serenity, a privileged place for recollection (also in the lay sense) and prayer.
The relics of the saint are kept in the Chapel of St. Vicinius. Every year, the Cathedral is visited by tens of thousands of pilgrims, drawn especially by devotion to the Saint and his thaumaturgical “chain”. The imposition of the latter, placed on the neck of the person requesting it, is accompanied by an invocation of blessing of the soul and body.
The Diocesan Museum of Sacred Art
Lovers of sacred art will find something to their liking in this precious Diocesan Museum, housed in the building next to the Cathedral, which was the residence of the Bishops of Sarsina until 1976.

The Museum holds a significant collection of sacred vestments, liturgical objects and paintings, mostly from the parishes that were part of the former Diocese of Sarsina, thus saved from degradation, vandalism and theft, as well as from the ruin of the numerous churches scattered throughout the Savio Valley.
Among the most precious objects is the splendid collection of ancient bells, cast in bronze and dating back to the 14th century; the collection of sacred garments (chasubles, copes, mitres), which mainly belonged to bishops of Sarsina; the small art gallery containing works of great importance, including a small canvas painting from the ancient church of Monte Sorbo (Municipality of Mercato Saraceno) depicting the Madonna adoring the Child, attributed to Bartolomeo di Maestro Gentile of Urbino (15th century); sacred silverware and liturgical objects, artistic artefacts that survived Napoleon’s plundering between the mid-18th and early 19th centuries, now silent witnesses to a religious history that has indelibly marked the area and its population.
Calbano Castle, between history and music
The village of Calbano, situated on a hill just outside Sarsina, offers visitors images and sensations of times long gone by.
For the Romans, Calbano was certainly – as it probably had been before for the Umbrians – a place of secure defence, a role that it definitely assumed in the Middle Ages, when it was enclosed as a fortress.
Today, the two circular towers and the remaining wall of the keep are a watchful eye on Sarsina and welcome hikers climbing up the hill, while the 17th-century church of Sant’Antonio, leaning against its side, softens the warlike ardour.
The magic of the village has been enhanced in recent years by the presence of the workshop of the luthier Elvis Moro who makes classical Italian guitars here, bringing back to life the construction features typical to instruments made in Italy between the second half of the 18th century and the first decades of the 20th century.
A visit to the village and the workshop is therefore an unmissable opportunity, which can be rounded off, for lovers of musical instruments, by a stop at the luthier’s shop of Pietro Morbidelli in Sarsina, an internationally renowned maker and repairer of musical instruments, particularly harps. 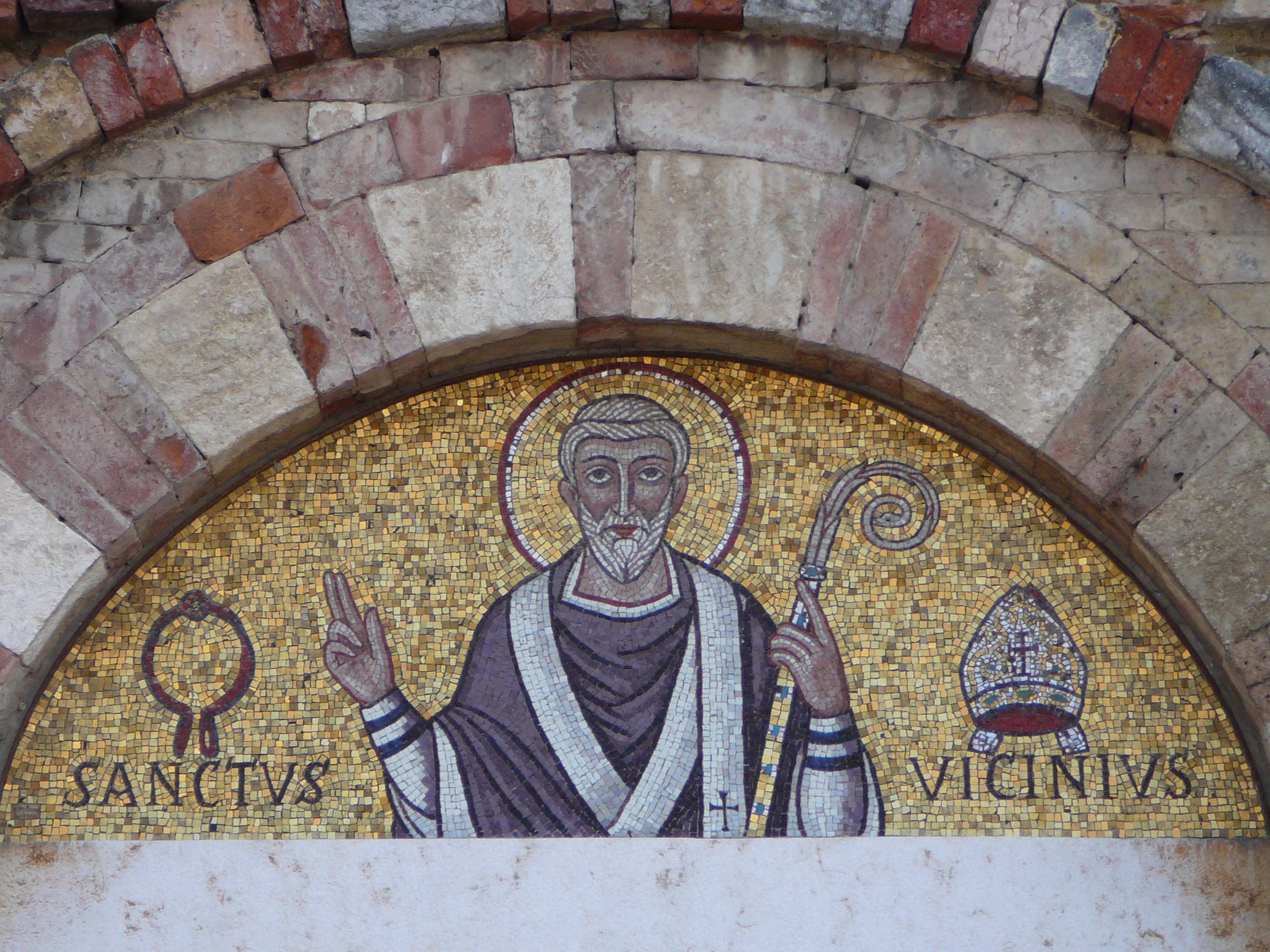 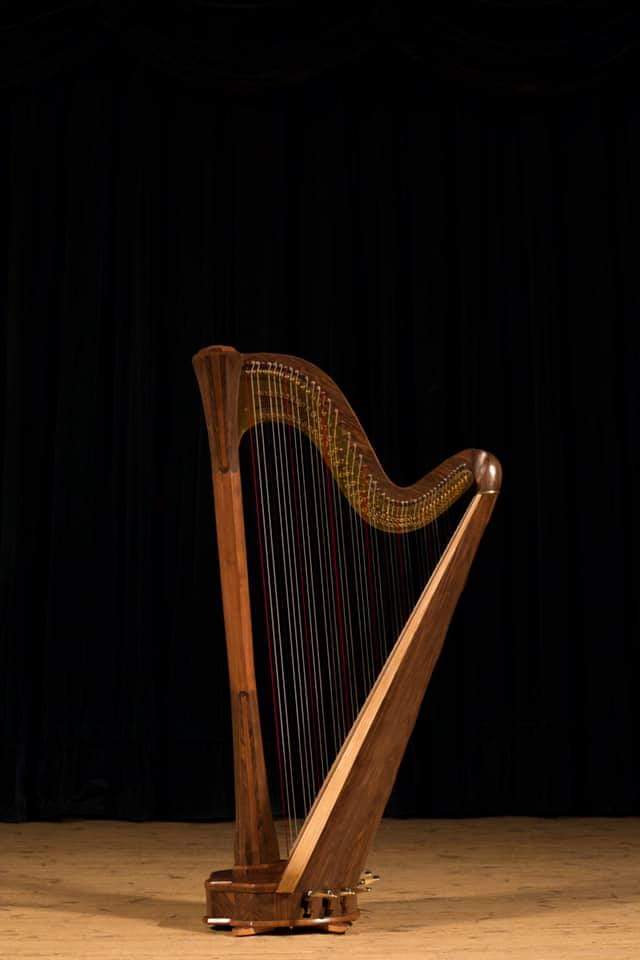 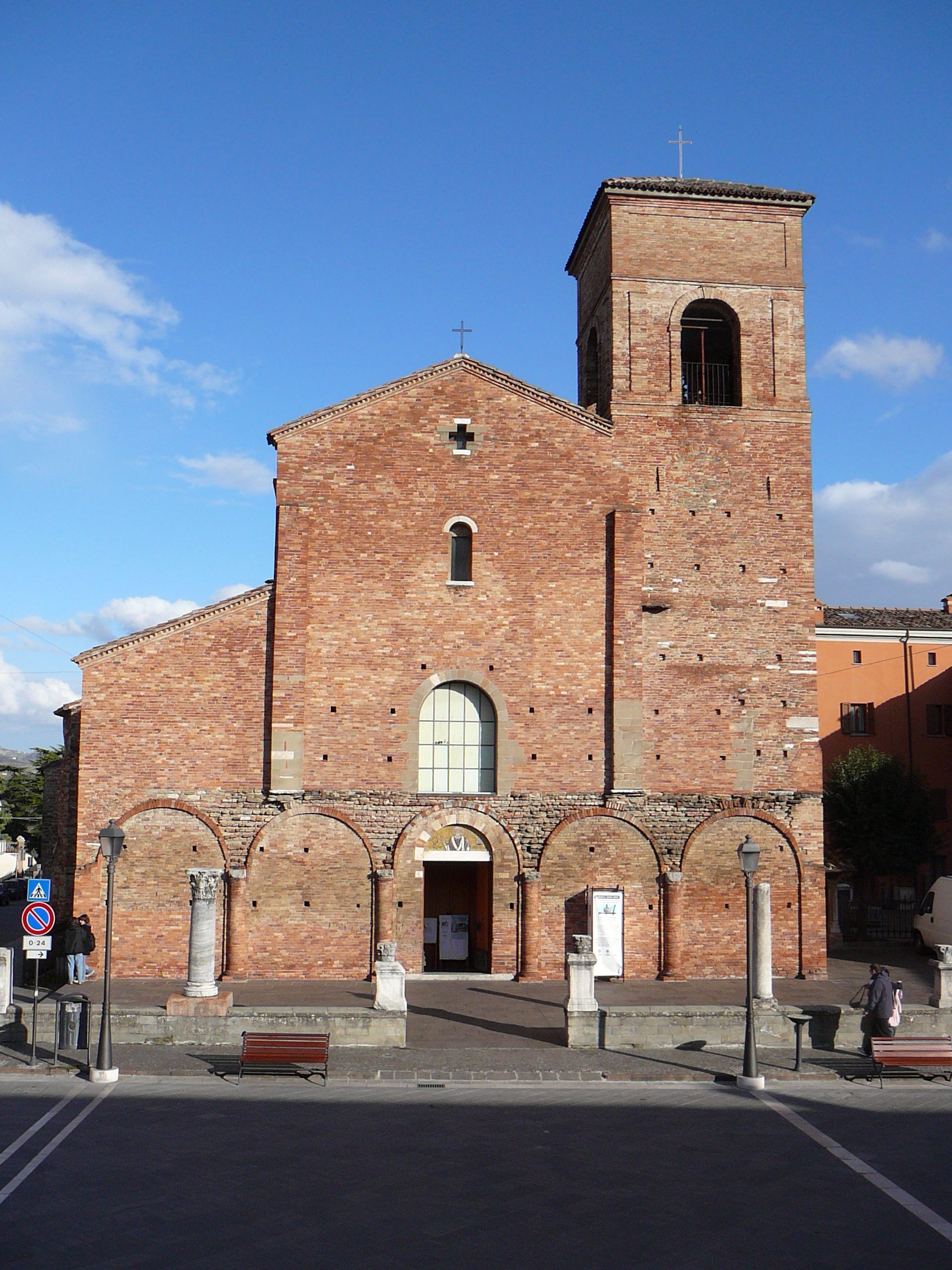 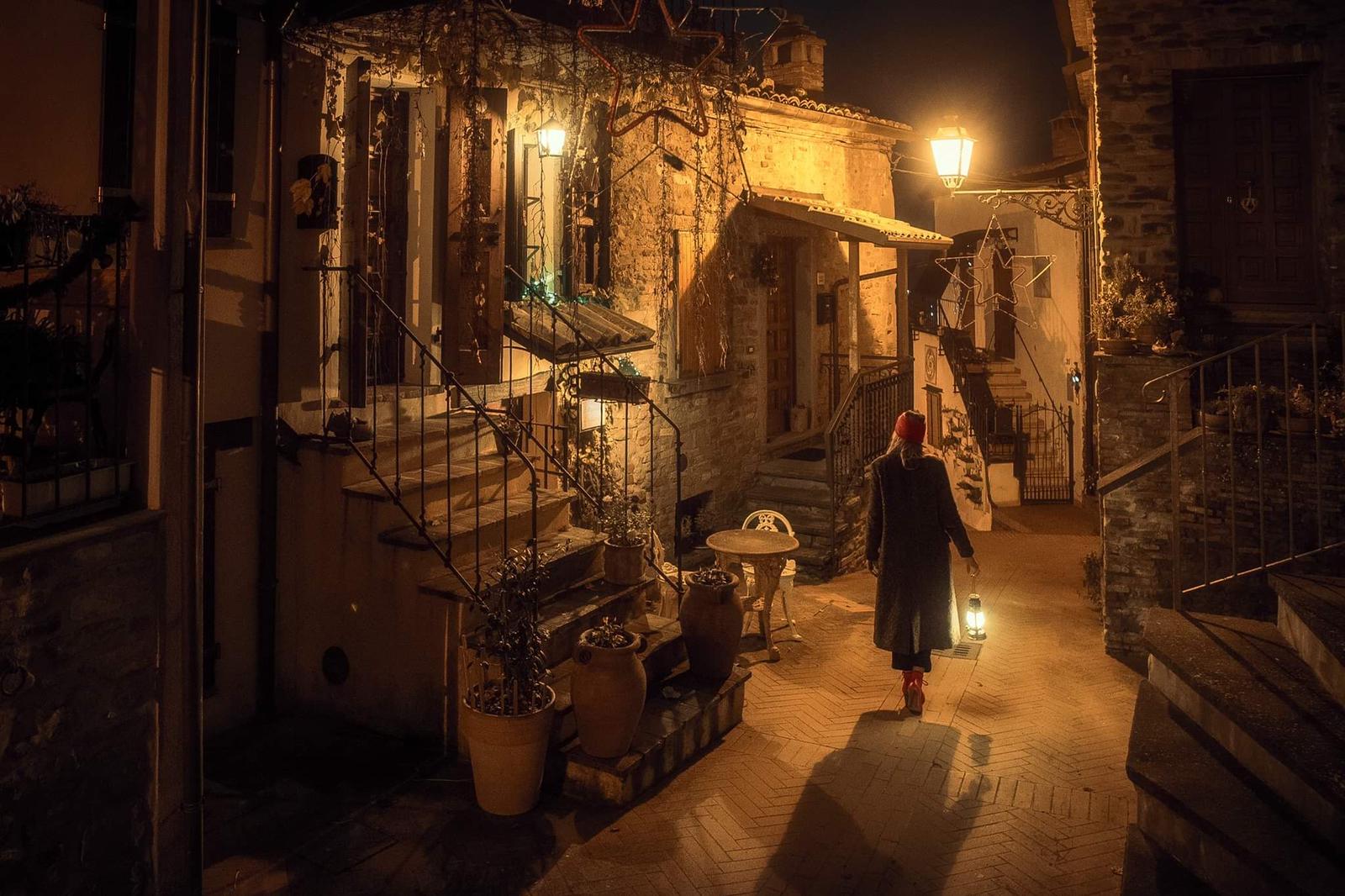 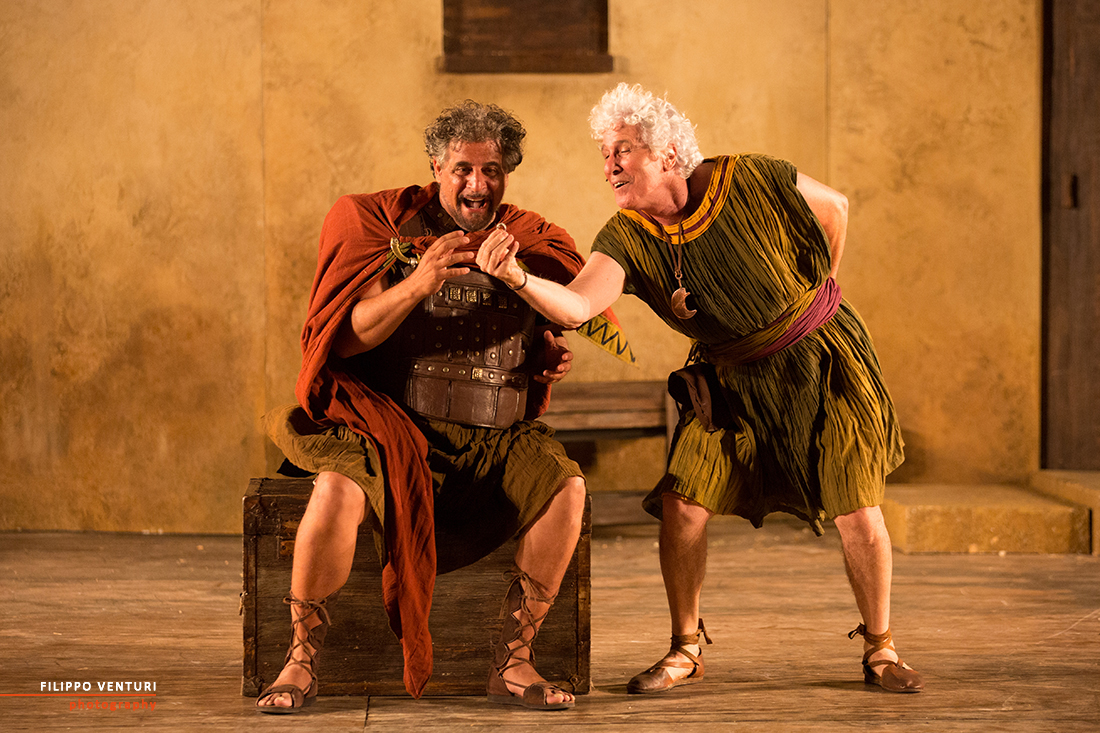 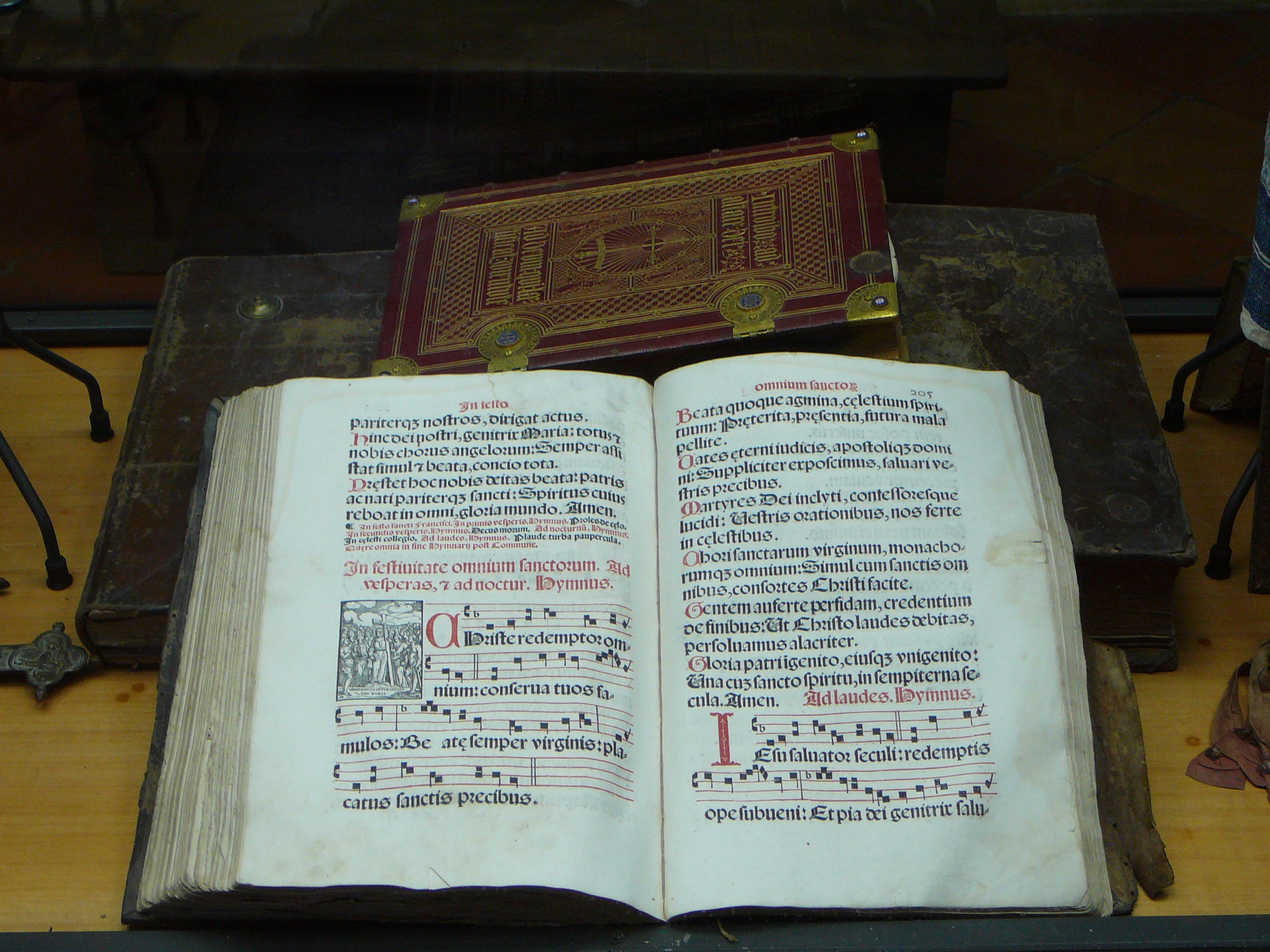