Dante passed the last years of his life in Ravenna, where he died between the 13th and 14th of September 1321, perhaps due to a malaria fever contracted during a diplomatic mission in Venice. His solemn funeral took place in the Basilica of S.Francesco, a cultural and religious building of great prestige in the fourteenth century. Ravenna features heavily in the Comedy, both through direct mentions of its toponym and through poetic imagery. The nostalgic memory of Francesca in Inferno V is famous: “The land where I was born lies by the sea, That gleams along the coast, where Po descends”. Francesca is perhaps one of the most well-known of the many Ravenna characters encountered in his otherworldly journey and is the pilgrim’s first contact after Virgil. His stay in Ravenna was aided by the hospitality bestowed on him by the Lord of Ravenna, Guido Novello Da Polenta, who ruled the city from 1316 to 1322. The Poet lived in a house provided by his host (the exact location is unknown) where his children Pietro, Jacopo and Antonia, who took her monastic vows under the name Beatrice, also stayed; this was a serene period of life and study. In the city of his “last refuge” the Florentine exile left the great literary legacy of his art, the Eclogues that feature certain characters from the nucleus of devotees and admirers that gathered around him, under familial allegory. But above all it was where he finished the Comedy, or rather the last Cantos of Paradise about which Boccaccio, the first biographer of the Supreme Poet, narrates an adventurous discovery by Dante’s son Pietro. After his death the city was a hive of activity for maestros and writers, who made it into an important hub of early Humanism and were the protagonists of the initial dissemination of Dante’s works, giving rise to a veritable cult. 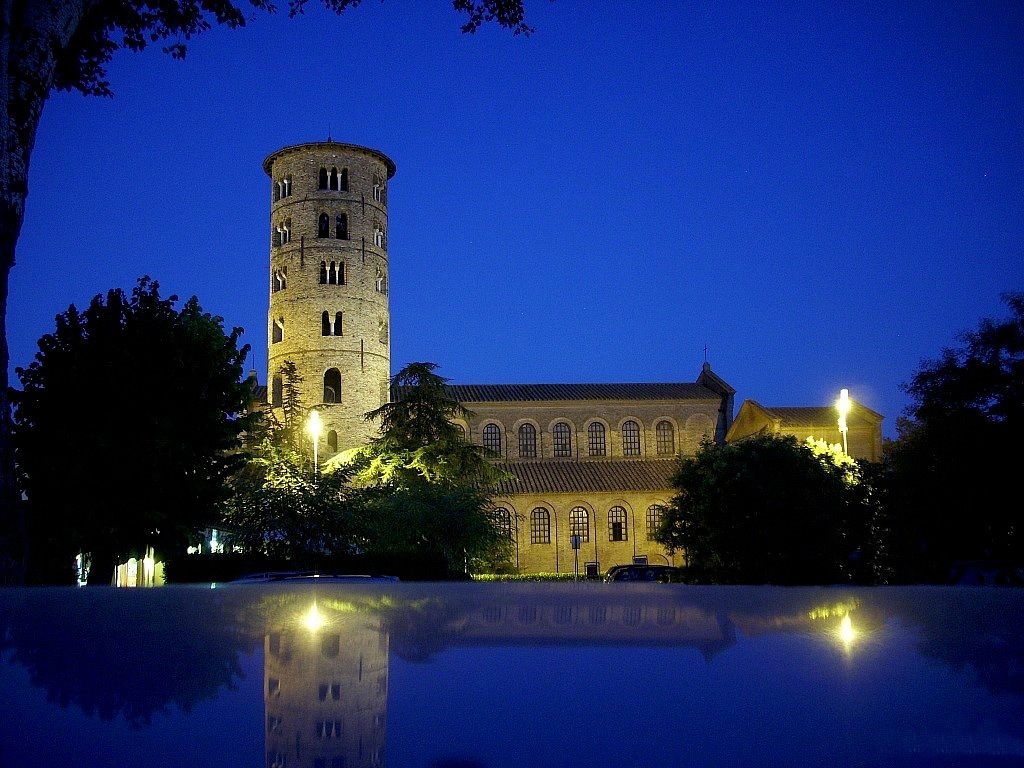 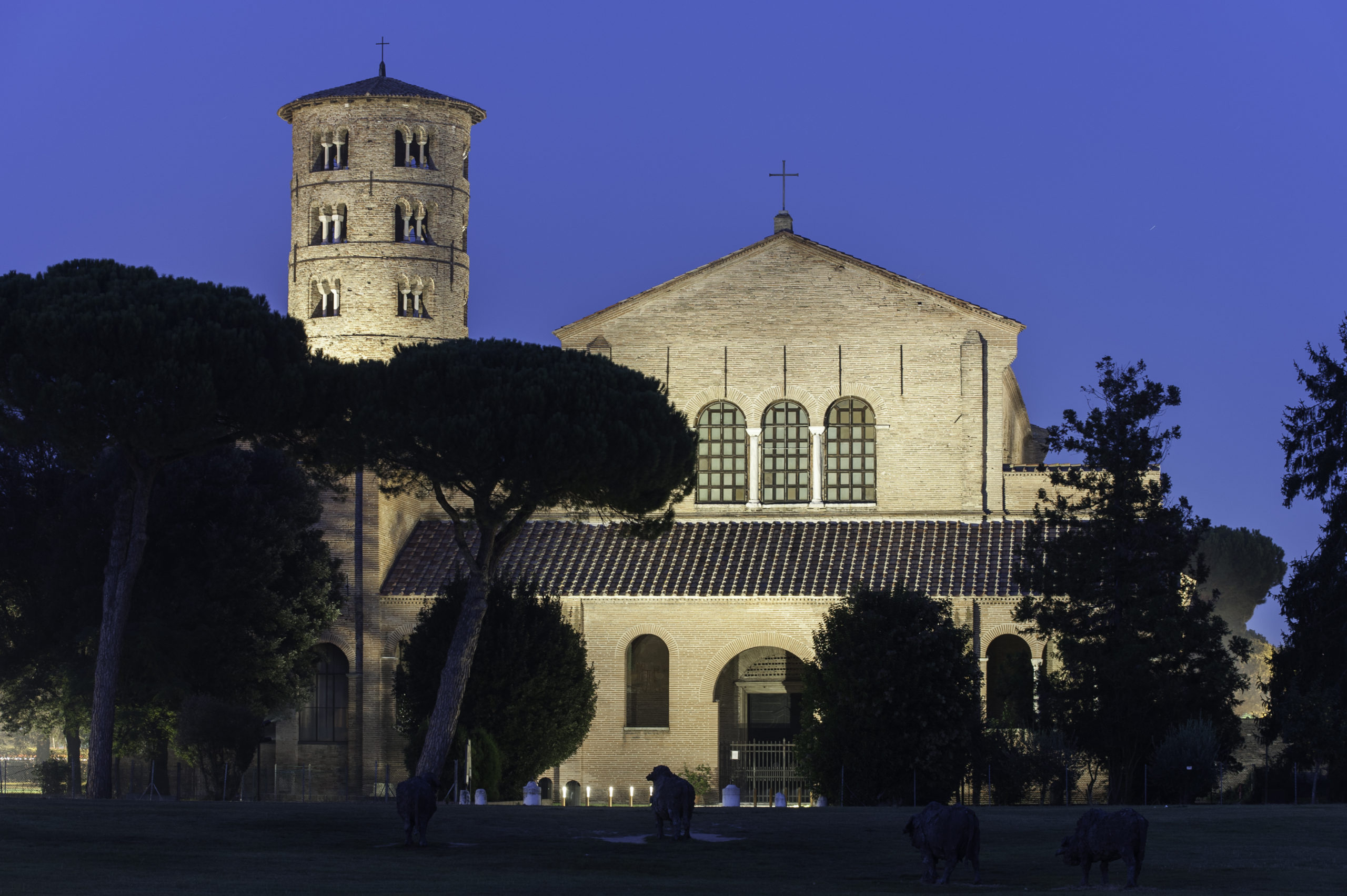 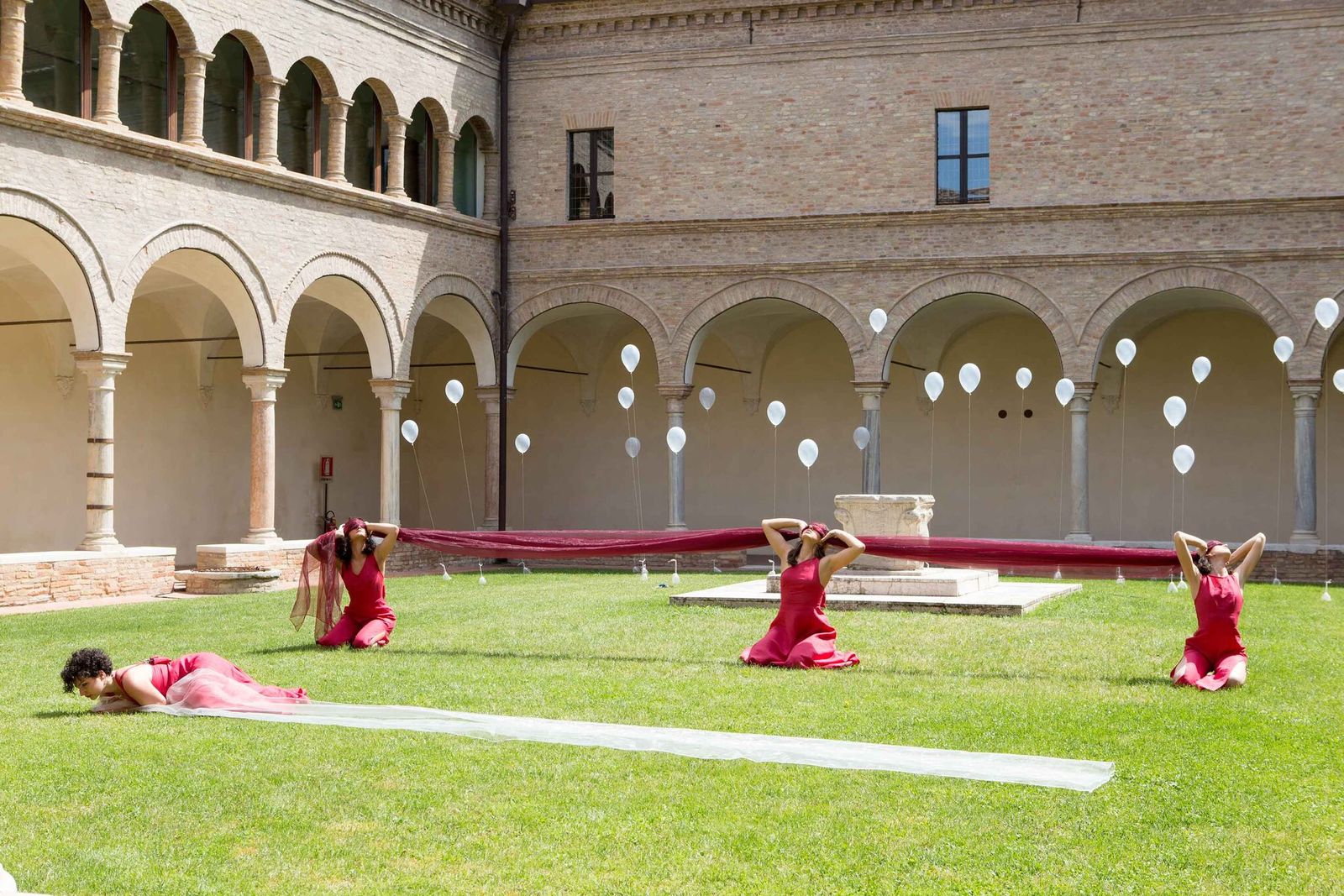 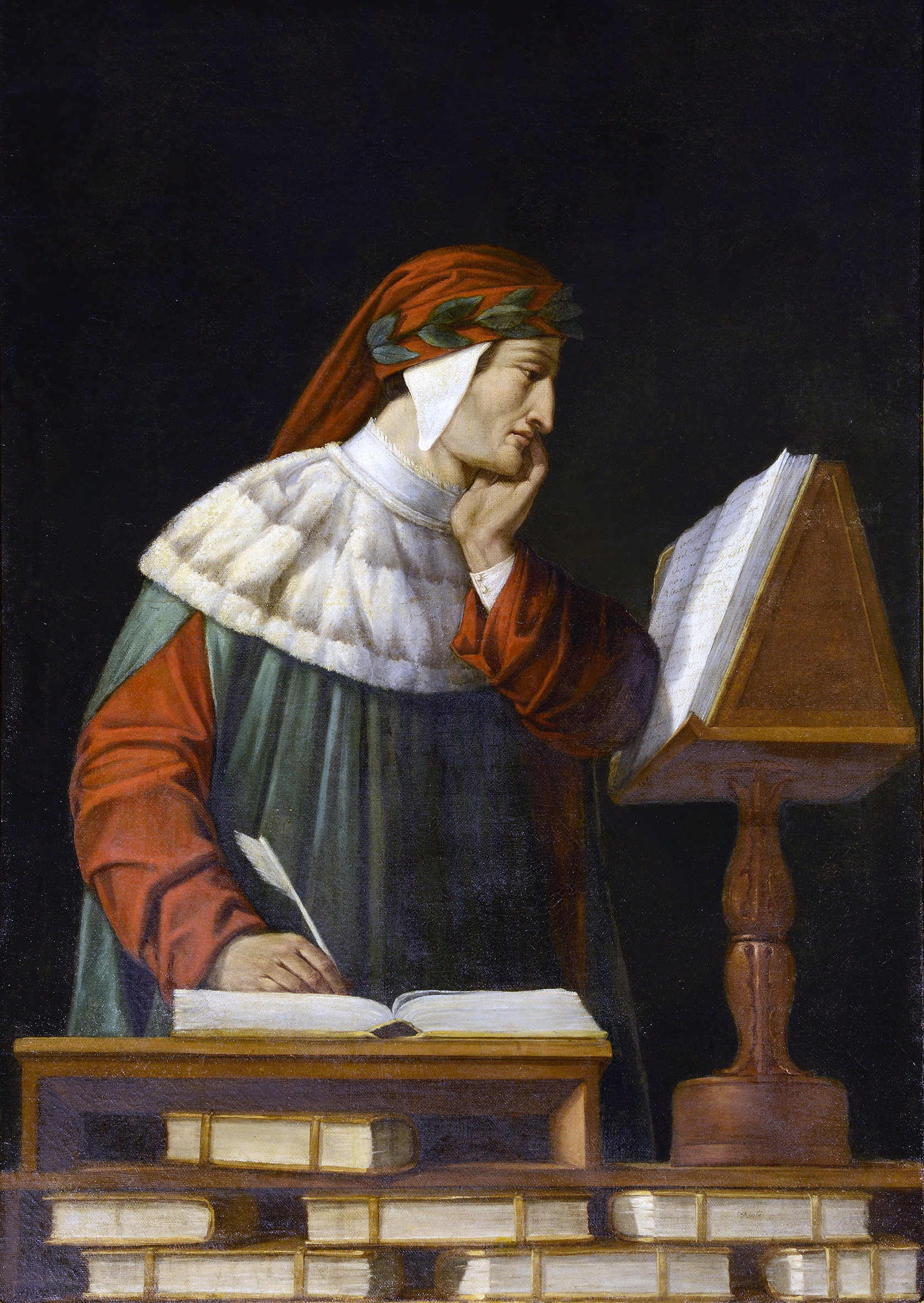 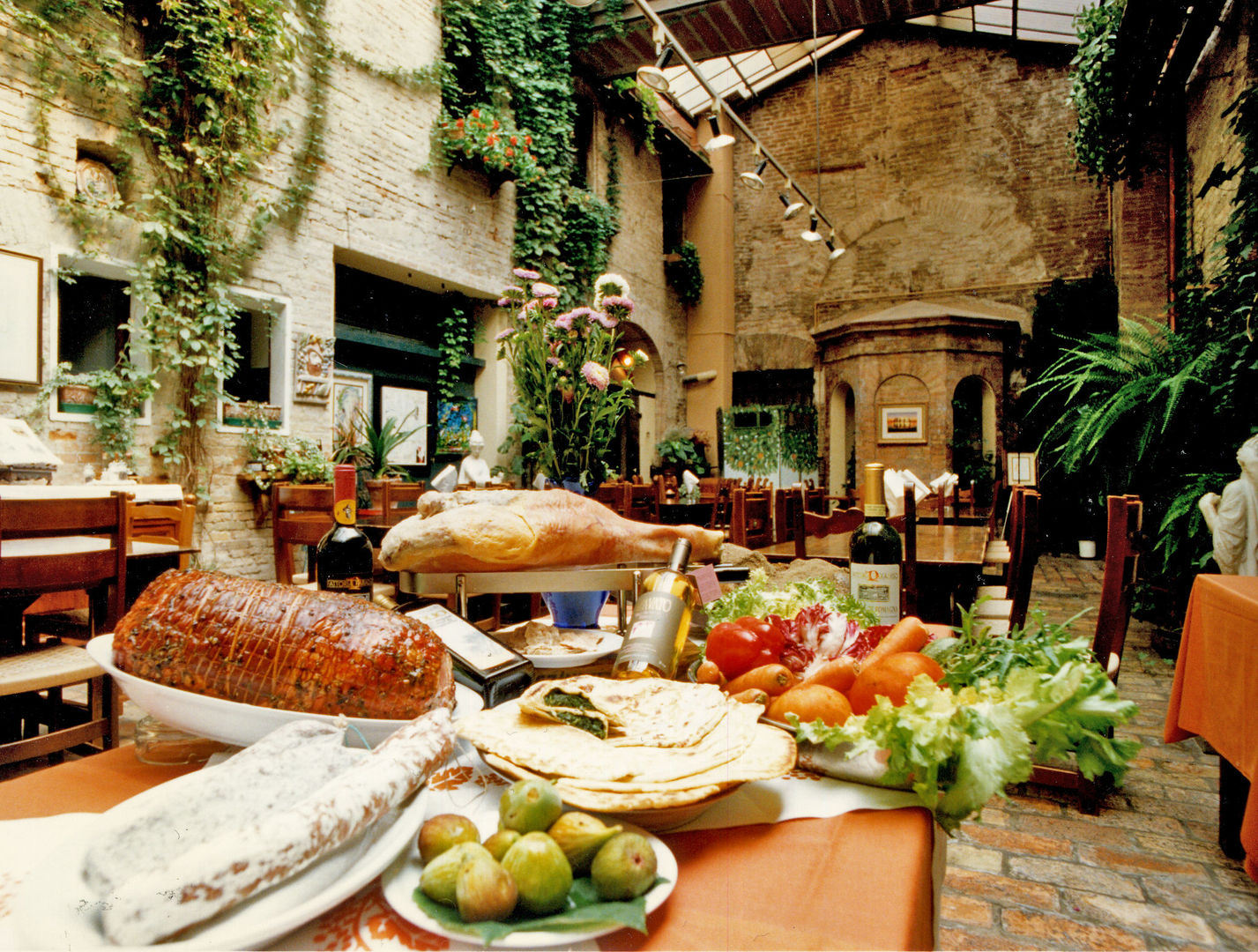 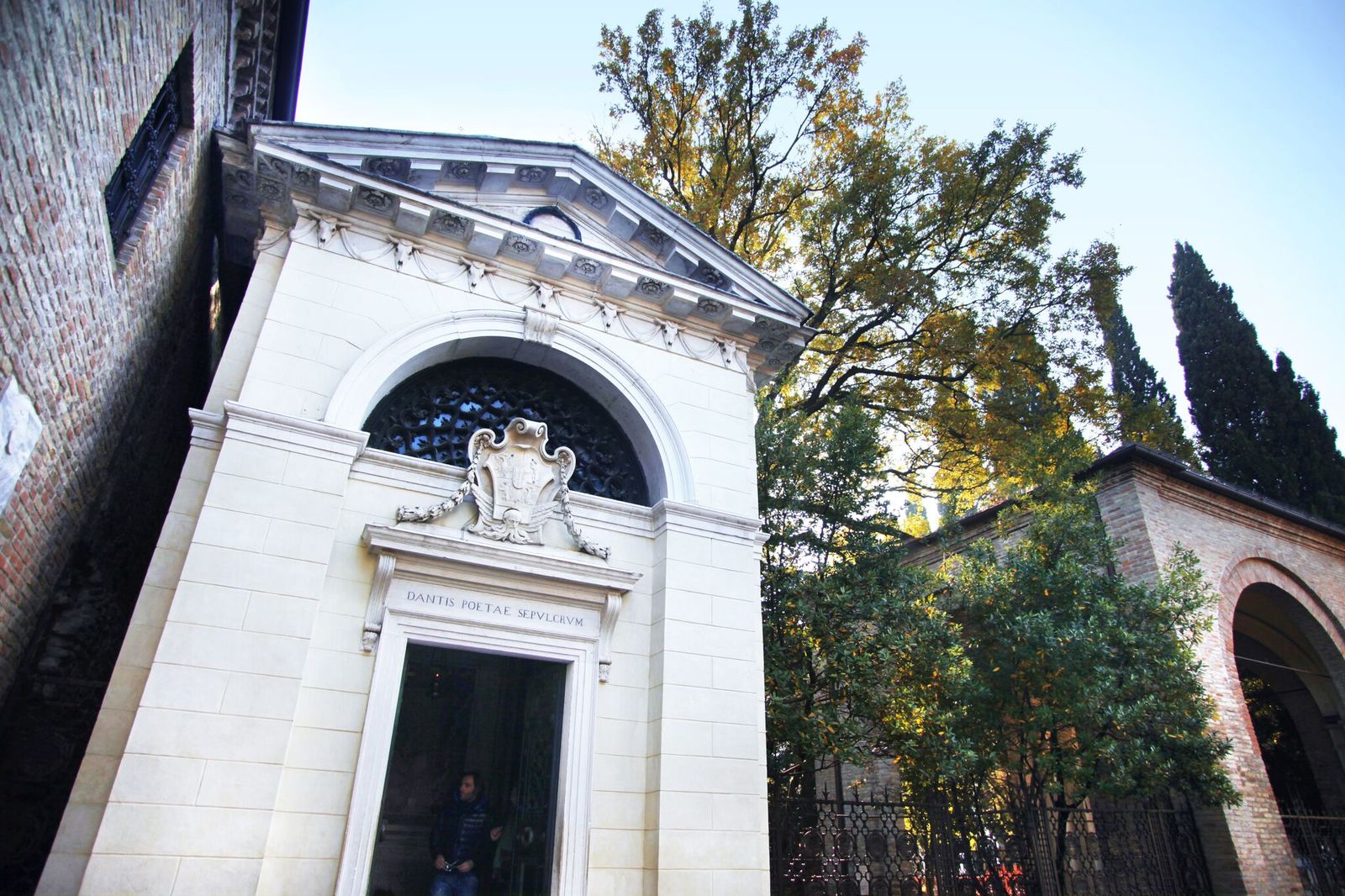 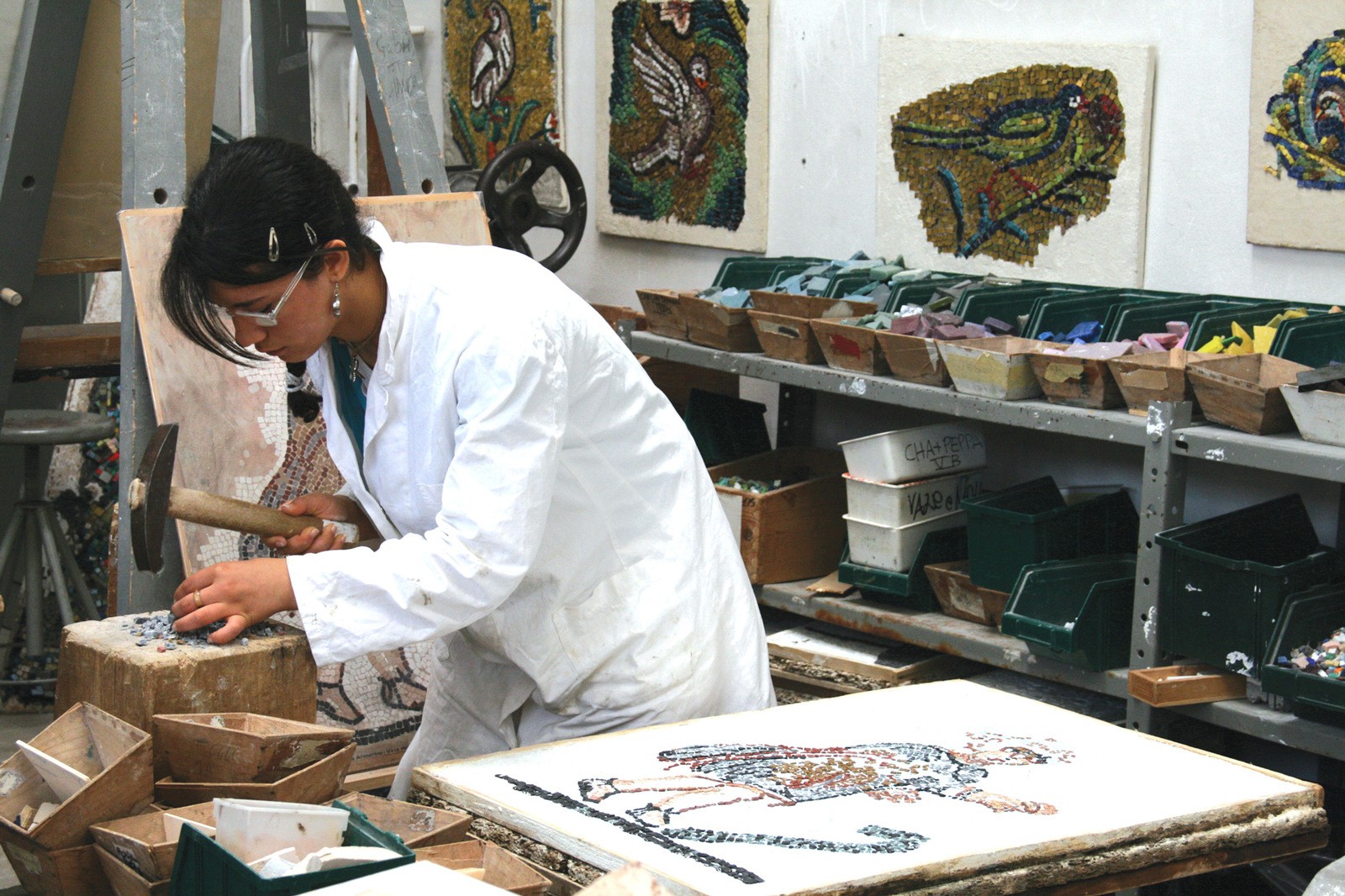 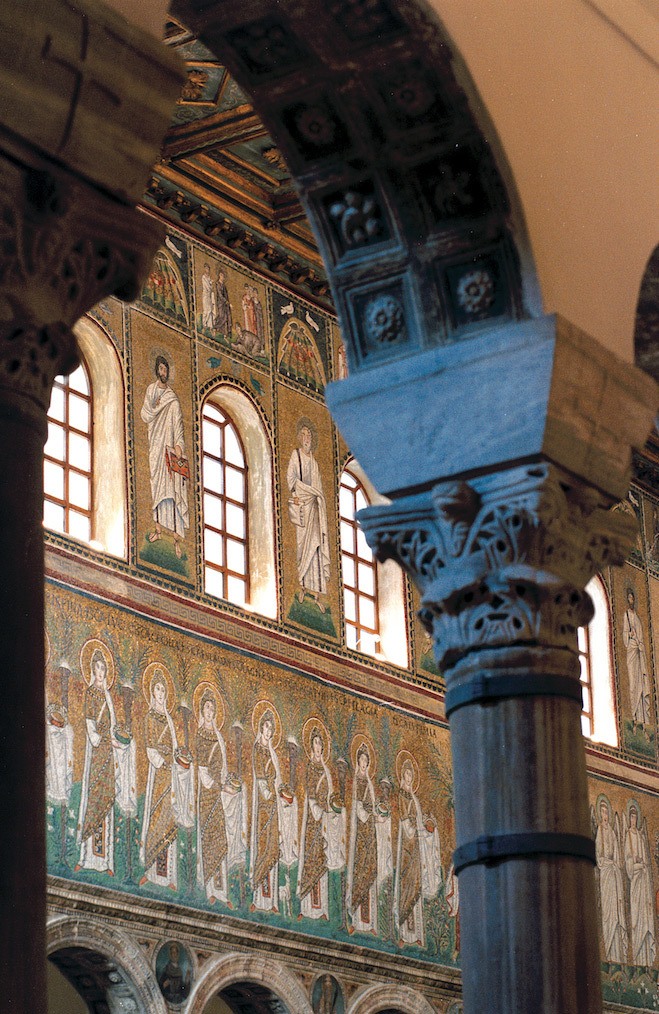 Dante’s Tomb, exalted and experienced by the Ravenna community as heritage of its identity par excellence, was commissioned by the Cardinal Legate Luigi Valenti Gonzaga to be made by Camillo Morigia, who finished it in 1781. The architectural work, although modest in size, respects sixteenth century Neo- Classical canons with dignity. It is located at the end of Via Dante, between the second cloister of the Franciscan monastery, called the cisterna or Dante cloister, and the Quadrarco di Braccioforte. The small building consists of a gabled façade, with a Doric frame, in which the entryway opens within a round arch. The architrave features the words “Dantis poetae sepulcrum”; the overhanging gable shows a serpent biting its own tail, a symbol of eternity. The small dome is finished off with a pine cone, the ancient symbol of burial.

Ravenna and Emilia-Romagna are hospitable lands with ancient culinary tradition.
On typical menus you will certainly see the tasty handmade starter dishes such as tagliatelle, lasagne, strozzapreti with ragu, passatelli made from parmesan and eggs, cappelletti filled with cheese, with ragu or broth, or fish-based dishes such as seafood risotto, seafood tagliolini and spaghetti with clams.
The next courses will be the classic grills, of meat or fish, washed down with the wines of our hills.
You can’t leave Emilia-Romagna without having tried the fragrant piadine (a type of flat bread) stuffed with Squacquerone di Romagna, the local soft cheese, or with savoury slices of cured meats.

The Basilica of S. Francesco was commissioned to be built in the mid fifth century by the Bishop Neone, who dedicated it to the Apostles. Towards the tenth century it was re-built, took the title of Basilica and was dedicated to San Pier Maggiore; in 1107 the title of vicarage was added. In 1261 it was given to the Franciscan Friars who ran it until 1810, when religious orders were abolished by Napoleon I. It was only in 1949 that the Franciscans returned to hold mass in the church.
On Via Zagarelli alle Mura, at number 2, you will find an ancient house called the “Home of Francesca”, which dates back to the eleventh century and belonged to the Da Polenta family. This family ruled Ravenna when, in 1275, Guido Minore Da Polenta, chief of the Guelphs and Francesca’s father, cast his political adversaries from the city and the family continued to rule until 1441, when the Serenissima Republic took over. The Quadrarco di Bracciaforte, located near Dante’s Tomb, is called “Braccioforte” (literally ‘strong arm’) according to an ancient legend in which two worshippers took an oath, invoking the ‘strong arm’ of Christ, whose image was kept here.
Inside you will find the “Pignatta” and “Traversari” sarcophagi, which can be dated between the fifth and sixth century, which were later re-used for the burial of members of Ravenna’s noble families. A further three sarcophagi can be found in the small garden, near to the burial mound where Dante’s remains were hidden during the Second World War.

The Basilica of Sant’Apollinare Nuovo, commissioned to be built by Teoderico (493-526) next to his palace, was originally used as a palatine church, for worshipers of Arianism. After the Byzantine recapture and consecration to Orthodox worship (mid sixth century), it was dedicated to San Martino, Bishop of Tours. According to tradition, in the ninth century the relics of Sant’Apollinare were moved here from the Basilica of Classe and, on that occasion, it was dedicated to Sant’Appolinare, called “Nuovo” (new) to distinguish it from another church of the same name in the city. 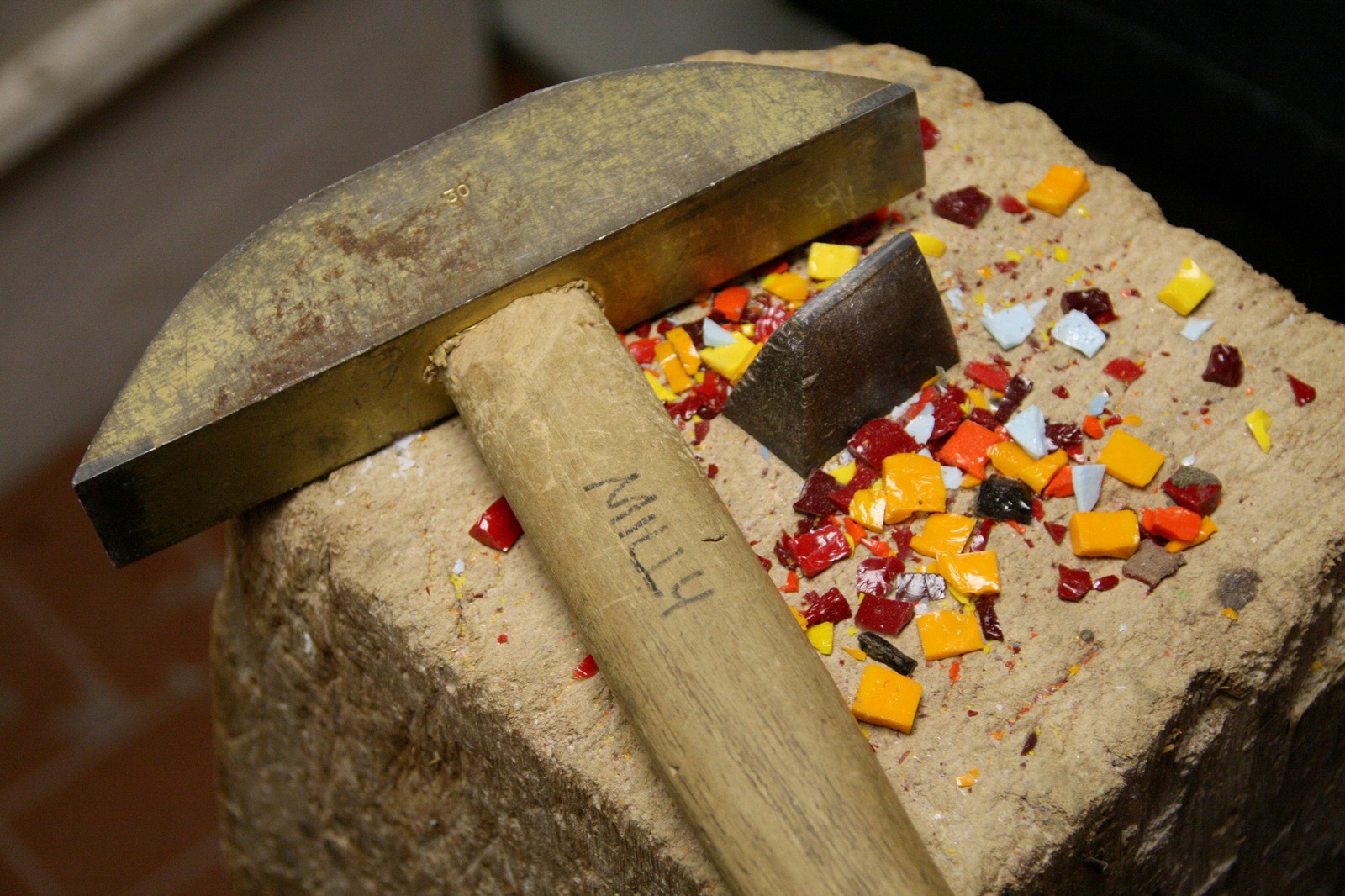 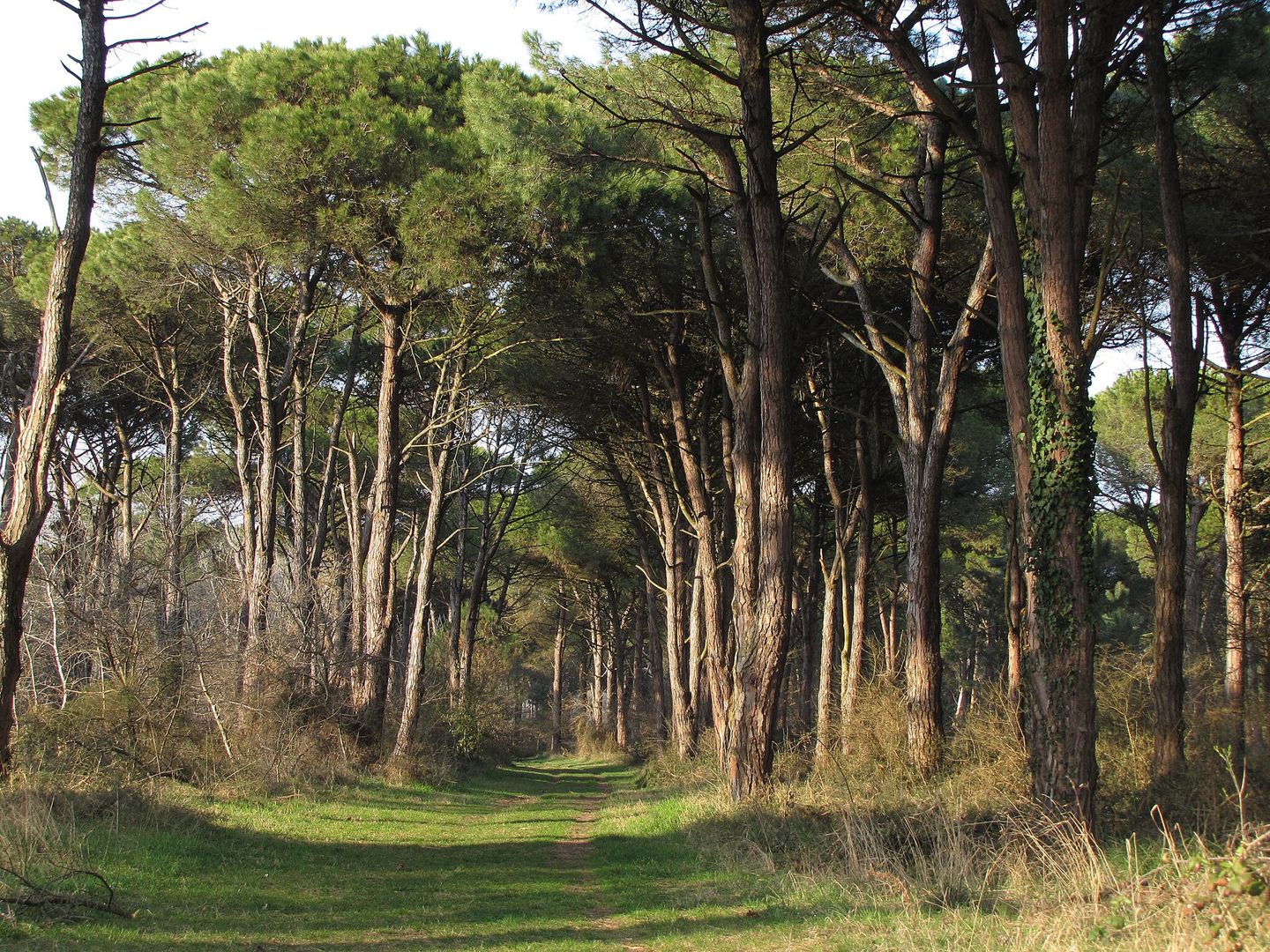 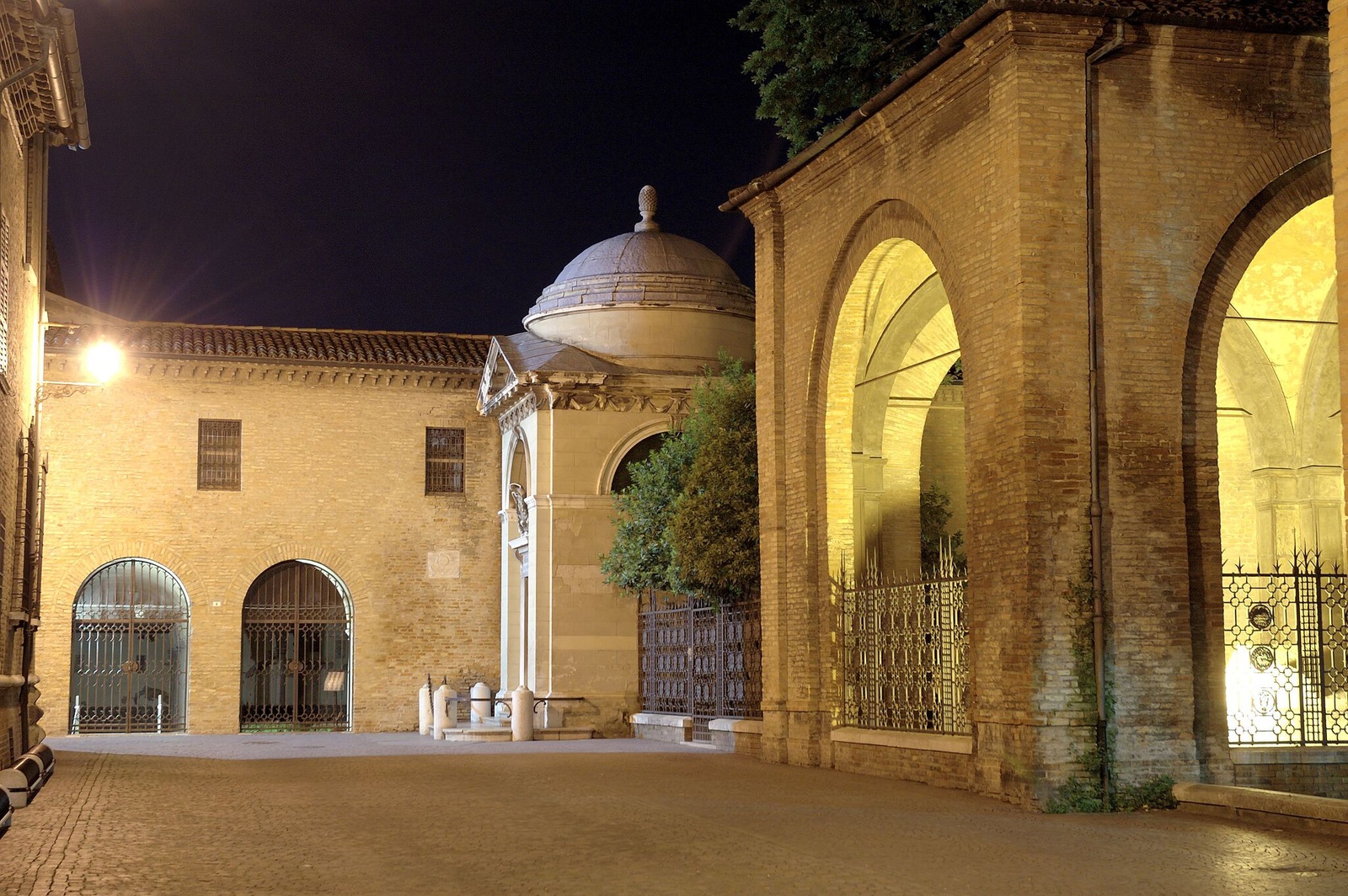 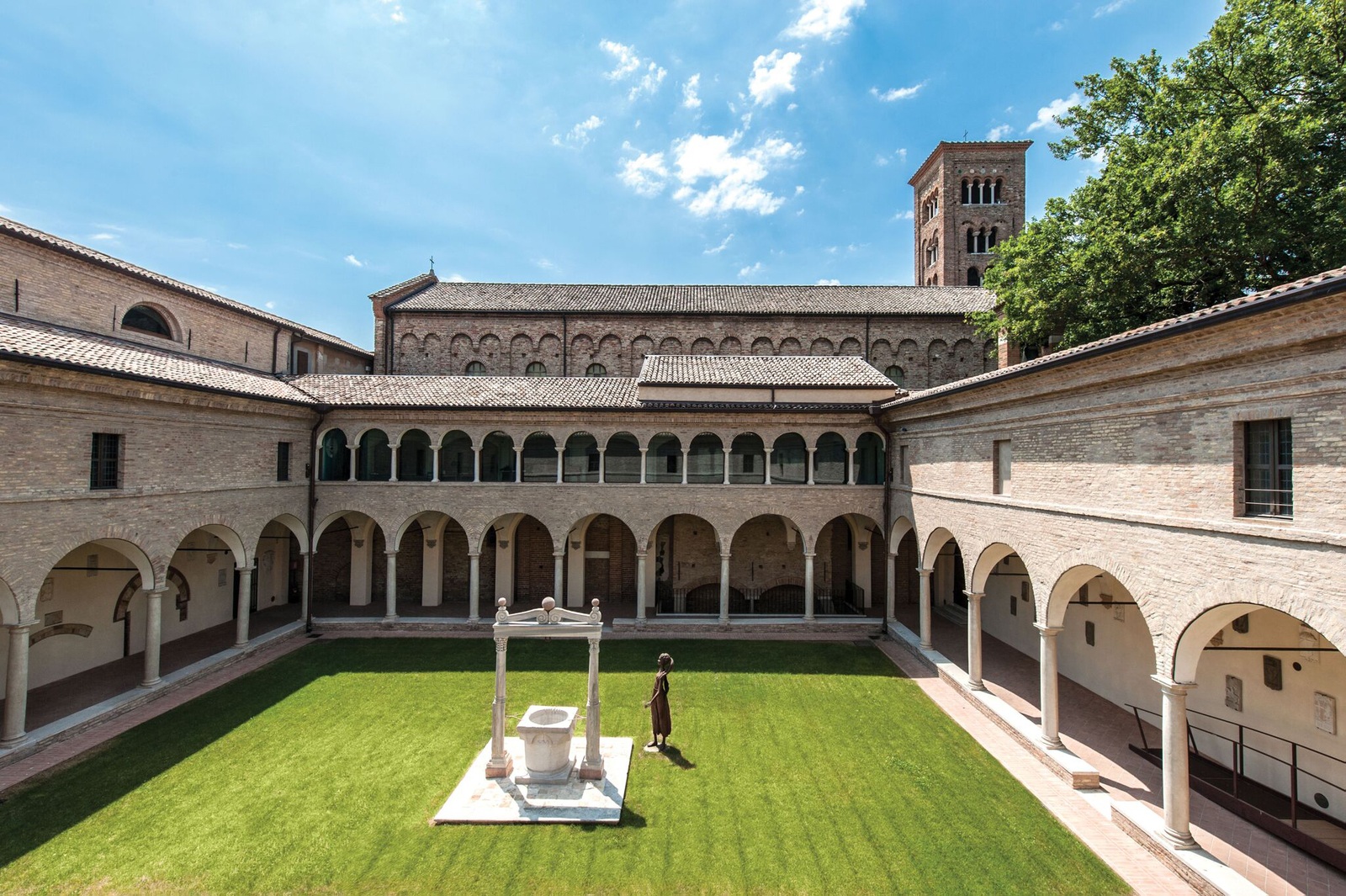 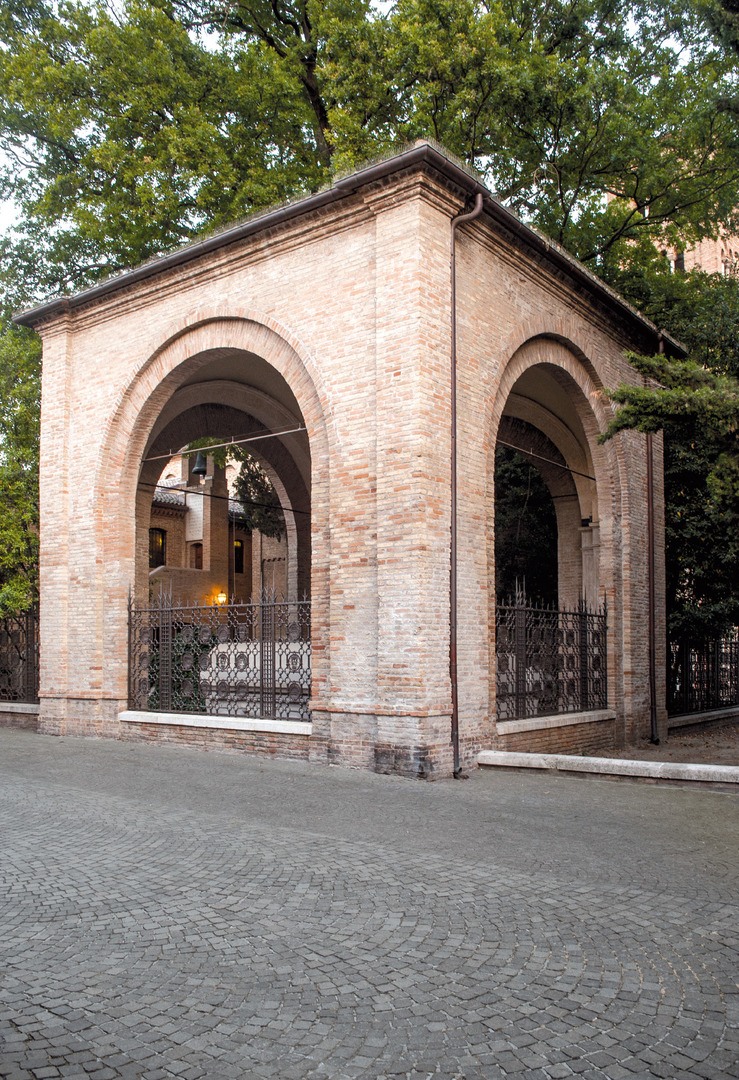 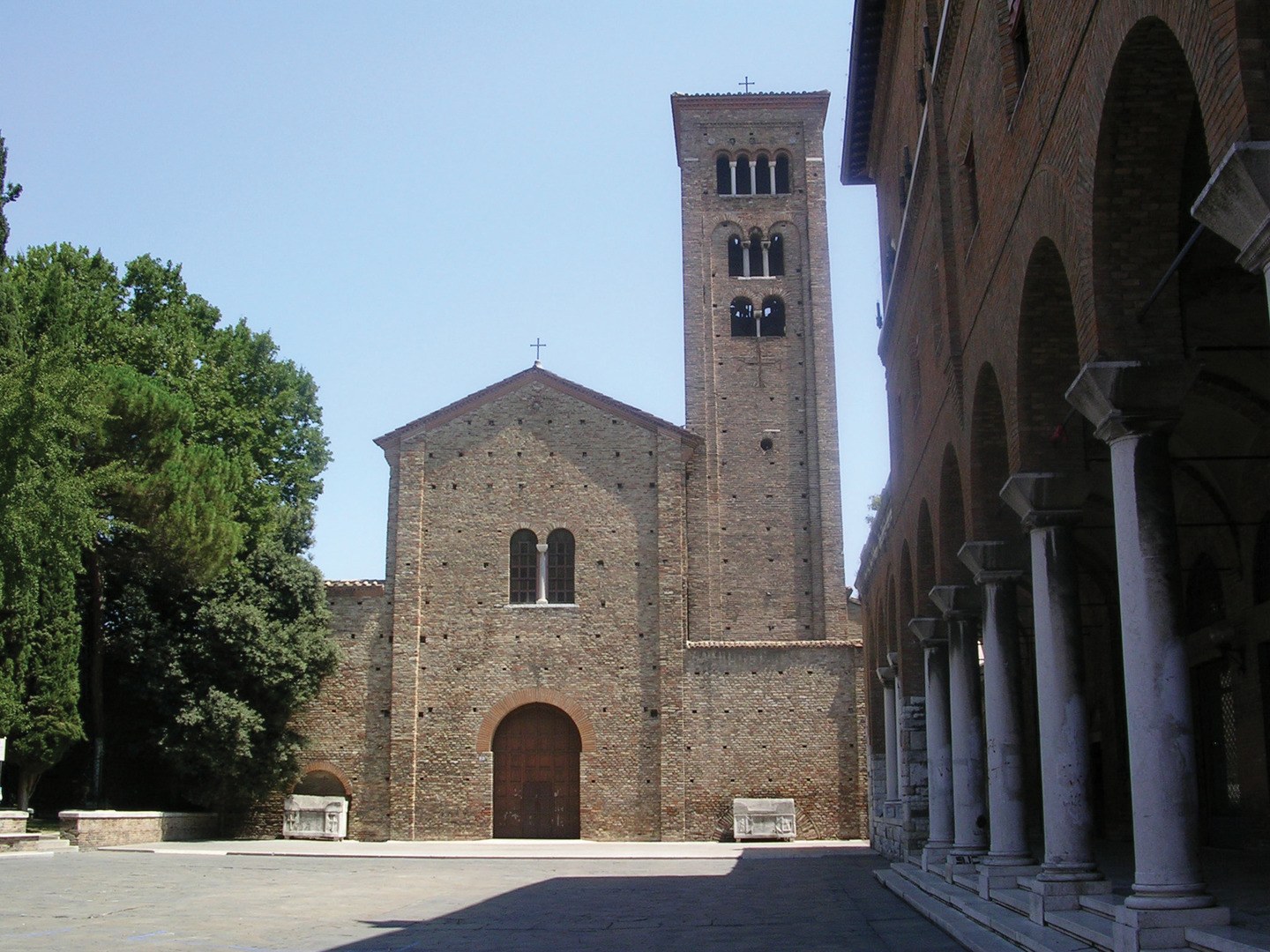 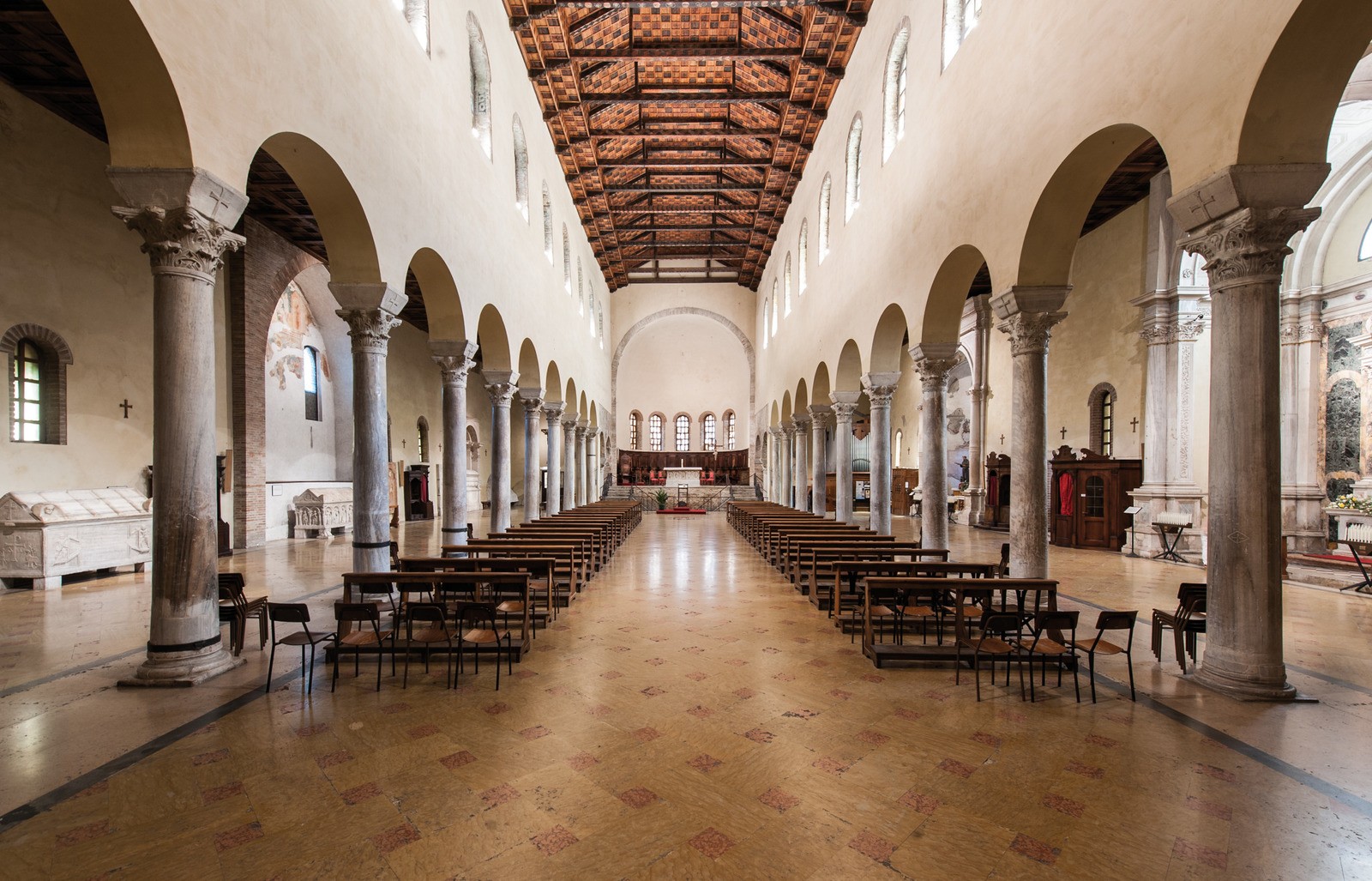