Lying on the first crags of Mount Arsiccio and bordered by a narrow bend in the Rabbi river, the ancient village of Premilcuore has preserved its medieval urban structure almost intact (the remains of the castle and the fortified village stand out).
Already owned by the family of the Counts Guidi di Modigliana, Premilcuore was handed over to Florence in 1375.
From that year to 1923, the village remained firmly in the Florentine orbit. This relationship is visible in the simple composition of the façades of the houses and in the use of stone to frame the windows and entrance fronts. Even more Tuscan architectural influence can be seen in the aristocratic buildings (Palazzo Briccolani and Palazzo Giannelli), the parish church of San Martino and the church of San Lorenzo.
From a naturalistic point of view, Premilcuore is one of the eleven municipalities of the Foreste Casentinesi National Park. In the village there is a Visitor Centre for the protected area and the Museo della Fauna del Crinale Romagnolo e dei Sensi.
Due to the beauty of its historic centre, along with the beauty of its surroundings and the high quality tourist services, Premilcuore has been included by the Italian Touring Club among the “Bandiera Arancione” (Orange Flag) quality certified Municipalities. 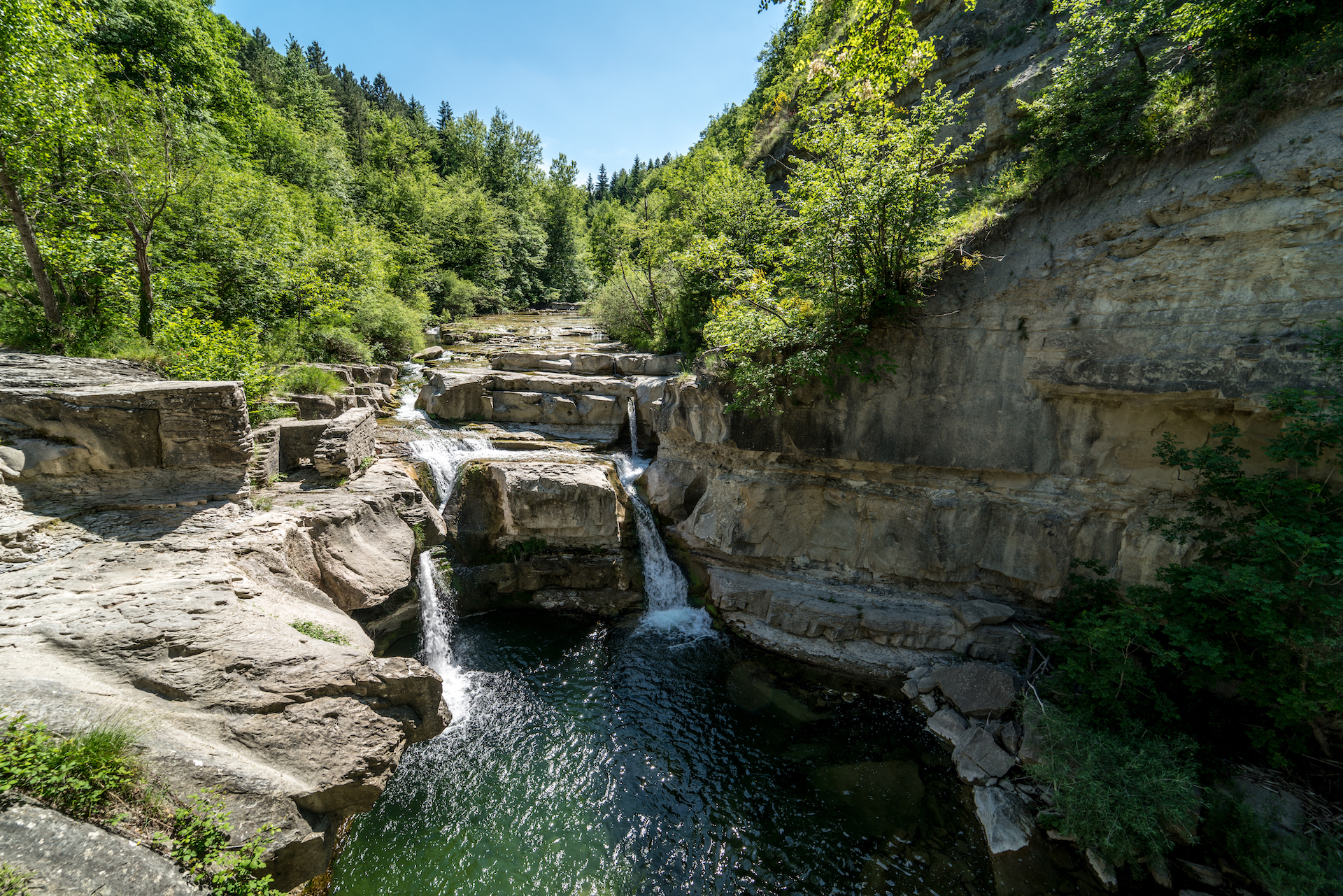 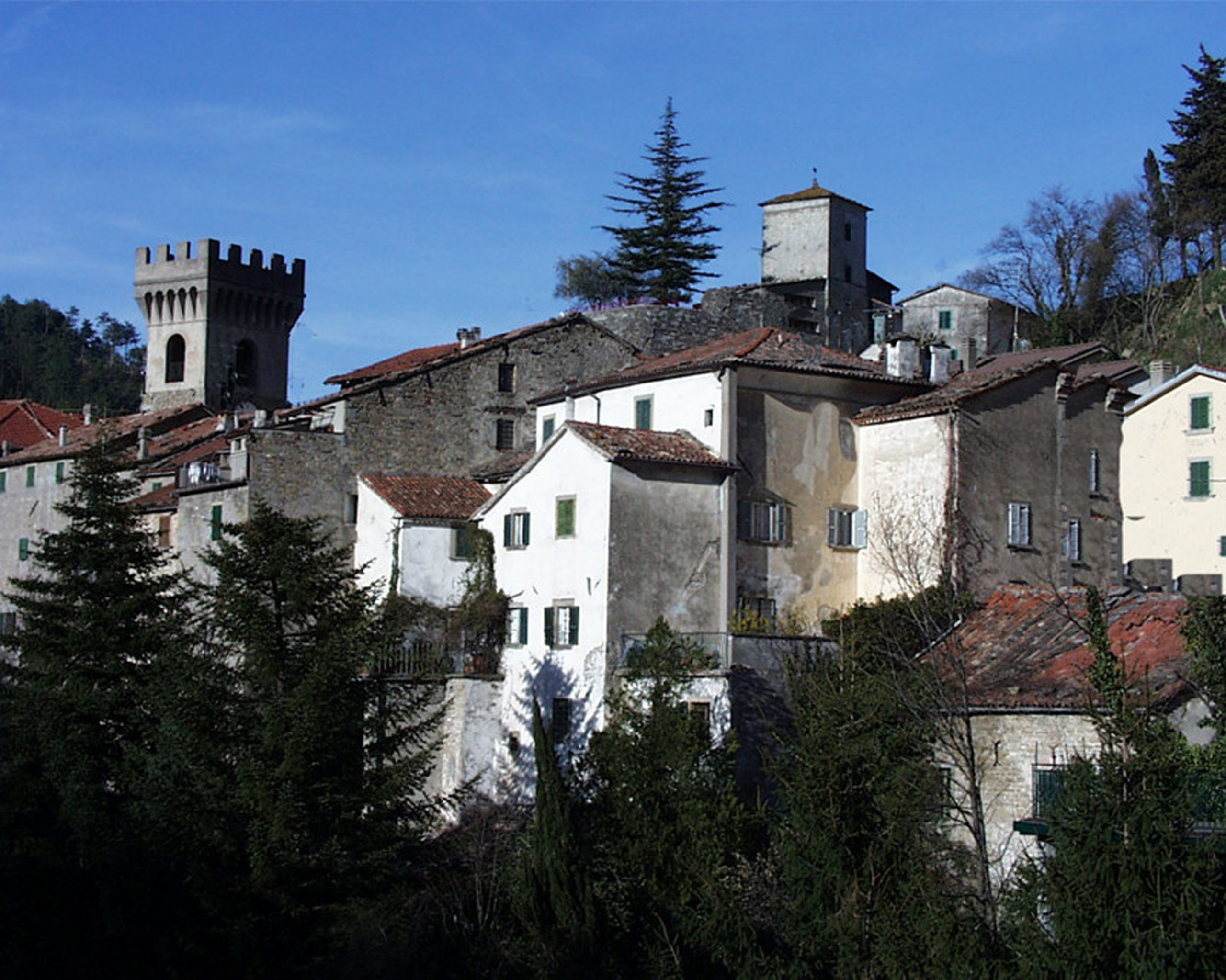 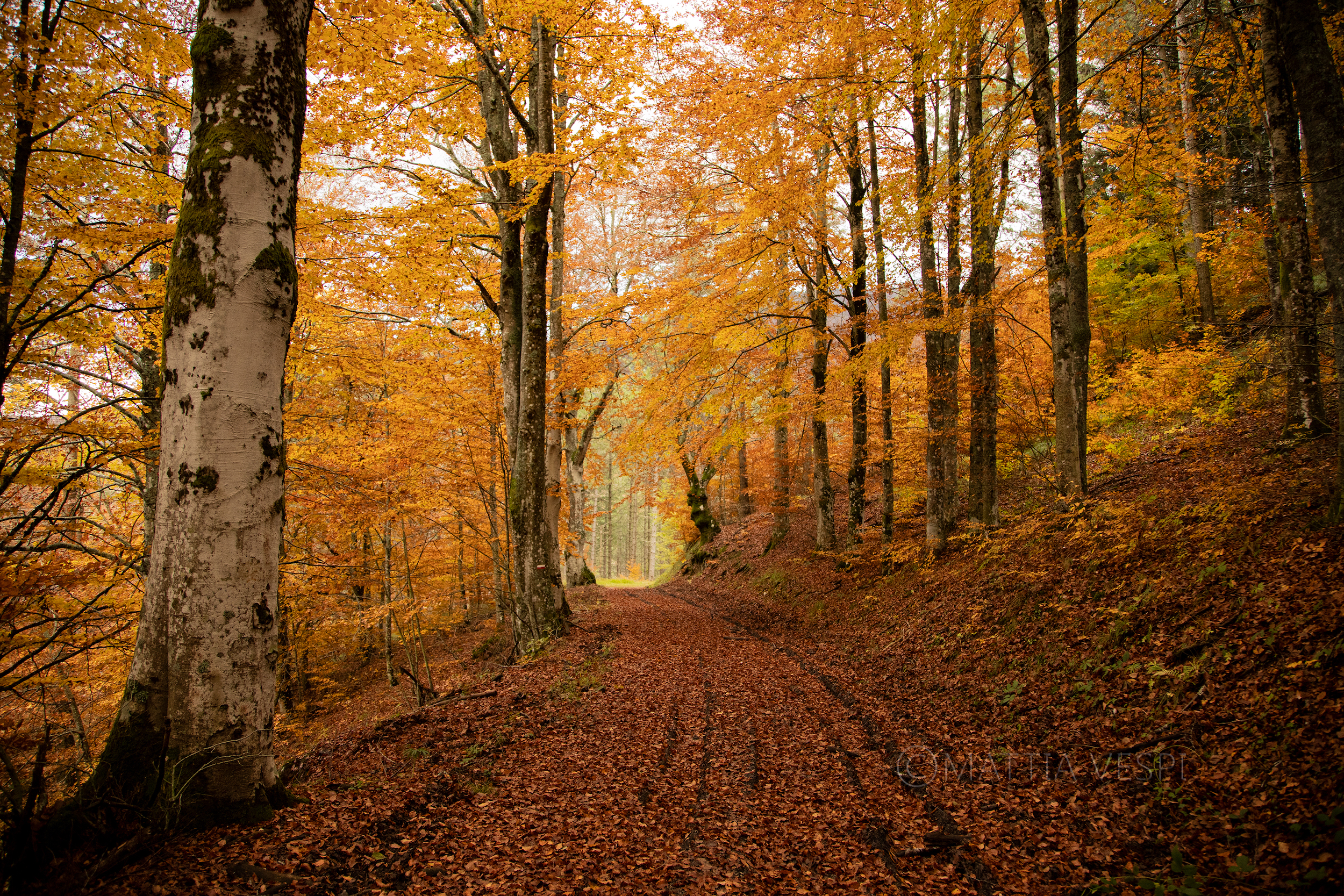 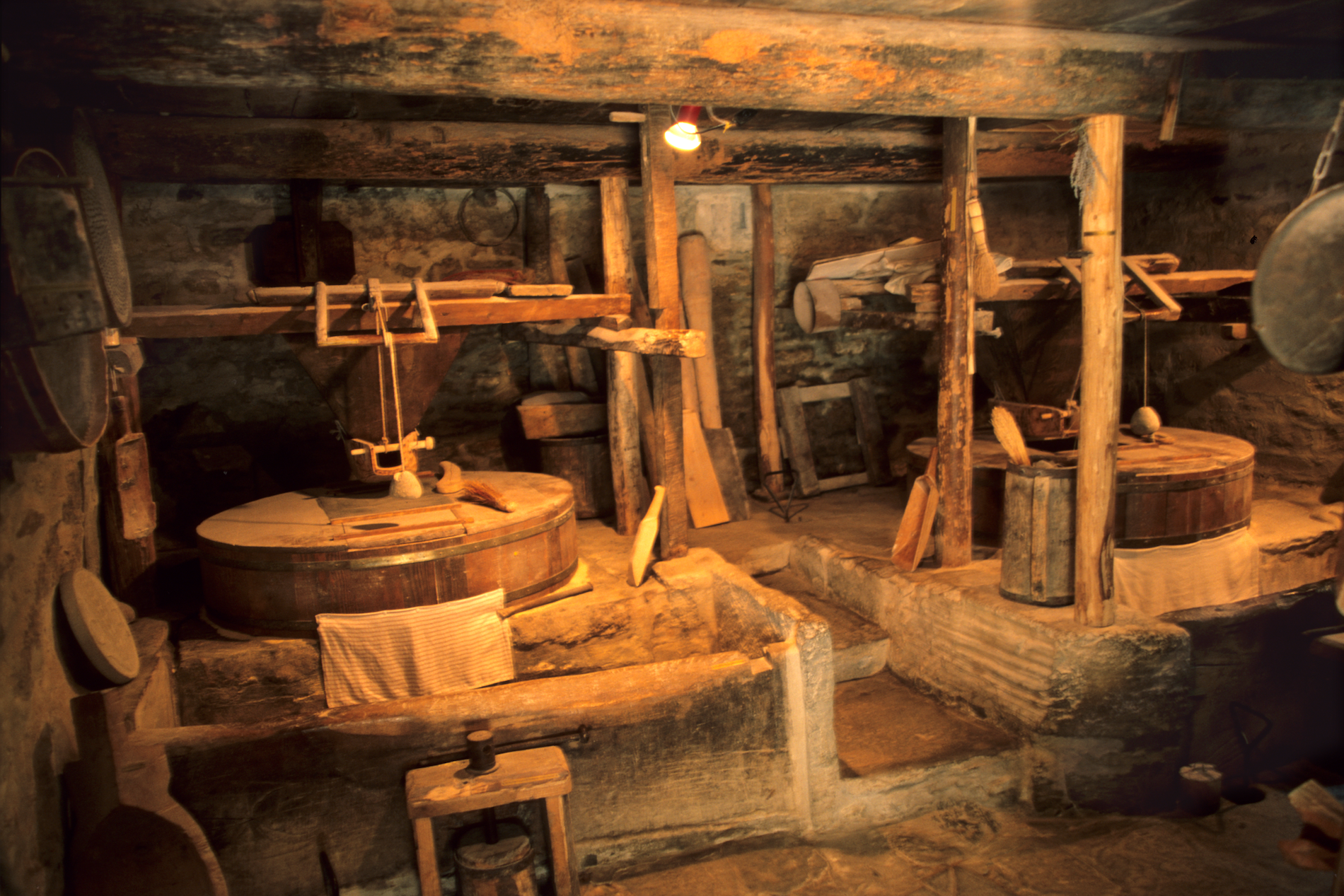 Premilcuore is located in the wonderful setting of the National Park of Foreste Casentinesi, Monte Falterona and Campigna, one of the oldest and most important forest complexes in Europe, which includes the Lama Forest and the Sasso Fratino Integral Nature Reserve, a sanctuary which has been awarded several times by the Council of Europe and which has been a UNESCO World Heritage Site since 2017.
The Park covers about 36,000 hectares, straddling the Tuscan-Romagnolo Apennines, between the Provinces of Forlì-Cesena, Arezzo and Florence.
It is an area with towns and villages rich in history, art and architecture, which offer visitors wonderful natural surroundings, rich in flora and fauna, including the most important wolf population in the northern Apennines. There is also the remarkable presence of five species of ungulates: wild boar, roe deer, fallow deer, red deer and mouflon.
Premilcuore is surrounded by an extraordinary ancient green mantle, with imposing forests, extensive woods and a great wealth and variety of plant and animal species.
In Premilcuore it is worth mentioning the well-kept hiking network, which allows you to cross an area of highest environmental and cultural value, discovering rich vegetation, breath-taking views, old pastures and the ruins of abandoned farmhouses.
There are many excursions for those who want to get in touch with nature, at all difficulty levels, to satisfy fans of trekking on foot, horseback riding, and cycling, while in the winter season there is the possibility of planning snowshoe hikes.
In the village there is also a Park Visitor Centre and Museum of “Fauna and the Senses”, where the main theme is the fauna that populates the woods, clearings and waterways of the Park’s territory.

The Rabbi river has always been a resource for Premilcuore, with its caves, cool pools in which to dive and large flat and smooth stones on which to spread out a towel and sunbathe, letting yourself be lulled by the sound of flowing water.
Among the most beautiful river sites are the Gorga delle Bisce (Gorge of the Snakes), the Sega (Saw) and, above all, the Grotta Urlante (Howling Cave), a paradise where the only sound is the roar of the water rushing over the cliffs. This place, one of the most evocative in the area, is located in Giumella, under the bridge that used to be called the “Ponte a scanno”, later called the “Nuovo” to distinguish it from an older bridge that collapsed. The bridge was built around the 17th century and is the crossing point over the river Rabbi of the ancient Florentine road: it consists of a single 16-metre arch rising over a gorge where the waters of the river plunge into a deep whirlpool known as “The Howling Cave”. At one end of the bridge is an old gualchiera, where woollen cloth was processed.

In ancient times, the Rabbi river and its tributaries moved the blades of dozens of mills. Today two of them have been recovered, thanks to the passion and dedication of the owners of the facilities: the Biondi mill in Castel dell’Alpe and the Mengozzi mill.
The Biondi mill stands at the confluence of the Pian dell’Alpe stream and the Rabbi river and takes water from both. Destroyed by a flood in 1683, it was rebuilt in a position less vulnerable to the river’s fury.
The Mengozzi Mill, near Fiumicello, was abandoned in 1963 after centuries of operation. Today the mill is in full working order: from the electricity generator to the small stone grinding wheel used to grind blades and knives.
The facility is located along a Nature Trail of the Casentinesi Forests Park, a route dedicated to the marks left by man on the environment.

The historic centre of Premilcuore corresponds, for the most part, to the ancient medieval fortified village, whose walls still enclose beautiful, carefully restored stone houses and winding streets paved with sandstone slabs. The village is dominated by the fortress, which has been remodelled several times, with a polygonal layout and the tower of the keep attached to the side facing upstream. The village’s interior was accessed through the Porta Fiorentina gate, the symbol of the village, which was built in medieval times, probably at the time of the Counts Guidi of Modigliana. In the Tuscan style of the 13th and 14th centuries, it is about twenty-one metres high and has a quadrangular-trapezoidal layout. The belfry, with its four arched windows, is old, while the battlements and corbels are an addition from the 1920s. Under the belfry there is a beautiful mechanical clock from 1593. Its motor consists of two boulders which, by unwinding the long hemp rope over the entire height of the tower, impart rotating movement to the axis and the other mechanisms of the clock.
Within the village walls and in the immediate vicinity are prestigious aristocratic residences, such as the Palazzo Briccolani in the Piazza Ricci and the Palazzo Giannelli. Also of note, in the Balducce district, is the small Oratory of Mogio, located in a unique position close to the banks of the river Rabbi.

The church of Sam Lorenzo
The Church of San Lorenzo stands near the ancient walls of the medieval castle of Premilcuore. It may originally have been the castle chapel, a building mentioned in documents from the 13th century.
Its present appearance is due to the restoration of 1676 and, above all, to that of 1750. The exterior of the oratory is entirely plastered over, with a façade with sober architectural lines, softened by the sandstone elements of the portal and the window that opens out on the upper level. The simplicity of the interior, with a single nave, is in dialogue and harmonises with the elegant eighteenth-century altar, containing the altarpiece depicting the “Madonna of the Rosary with St. Dominic and St. Catherine” by the 17th-century Florentine painter Francesco Curradi, which is one of the most valuable works of art in the village.
At the sides of the altar are statues of St. Martin, patron saint of Premilcuore, and of St. Lawrence.
In the sacristy is a “Holy Family with St. Anne and St. John”, attributed to the Tuscan painter Santi di Tito (1536-1603) and originating from the abandoned church in Rio dei Campi.

The Parish Church of San Martino
The Pieve (parish church) of San Martino, located just outside the centre, beyond the ancient village of Marciolame, is the most precious monument in the village.
According to tradition, the church was built in the Middle Ages on the ruins of an earlier pagan temple dedicated to Diana.
The elegant late Renaissance building in Tuscan style that we see today is the result of several restorations and renovations (significant work was carried out between the 1930s and 1940s following the earthquake of 1918).
The interior is typically Renaissance in style, with a three-nave basilica layout. The side walls are adorned with Baroque altars, containing valuable works of art.
Worthy of note is a “Madonna del Carmine” by Jacopo Vignali da Pratovecchio (1594-1664), the “Presentation of the Virgin in the Temple” (oil on canvas of Tuscany origin from the end of the 16th century), the painting depicting the Madonna Assunta among the angels and the Saints Martin, Macarius and Roch (16th century). 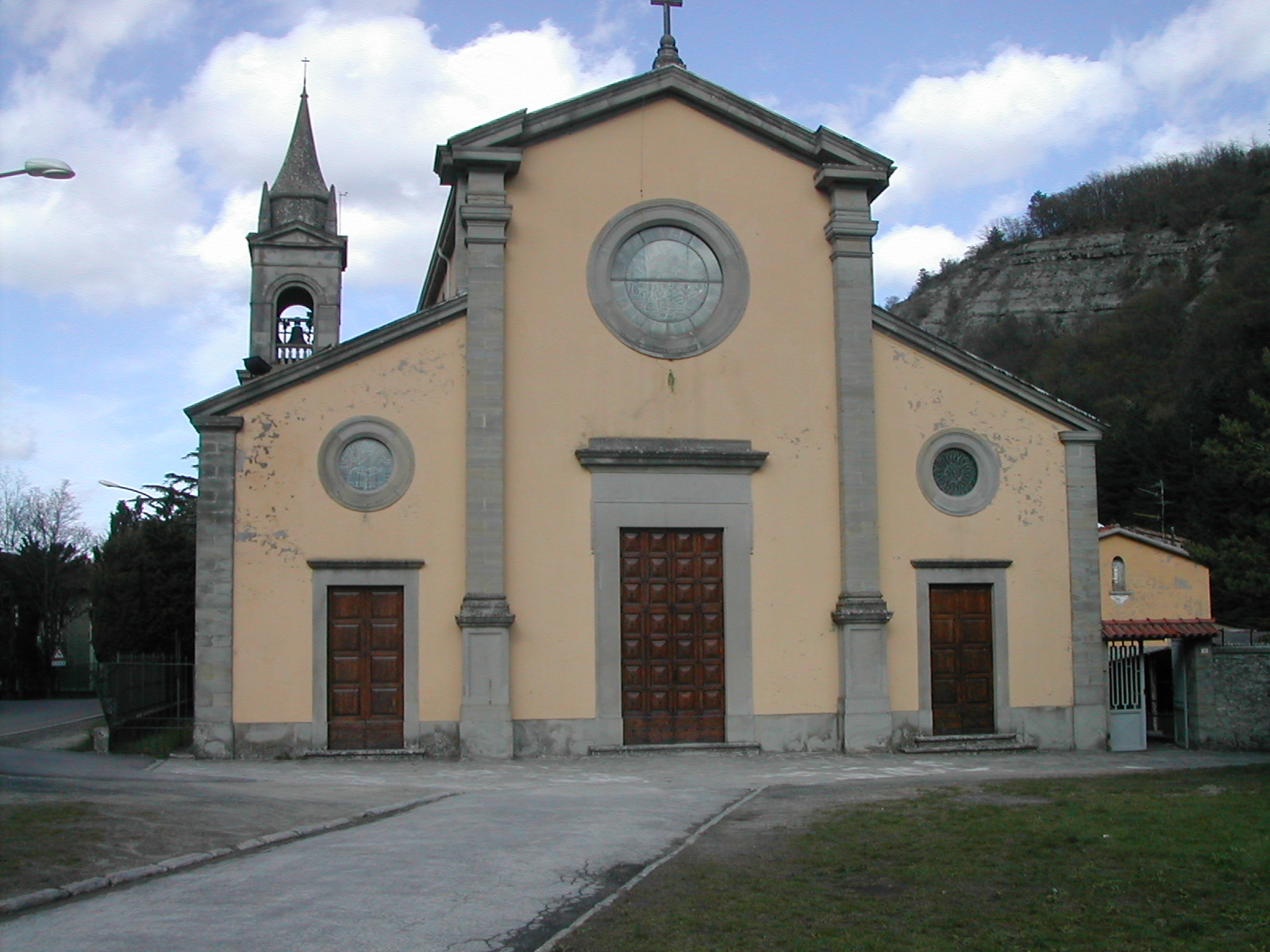 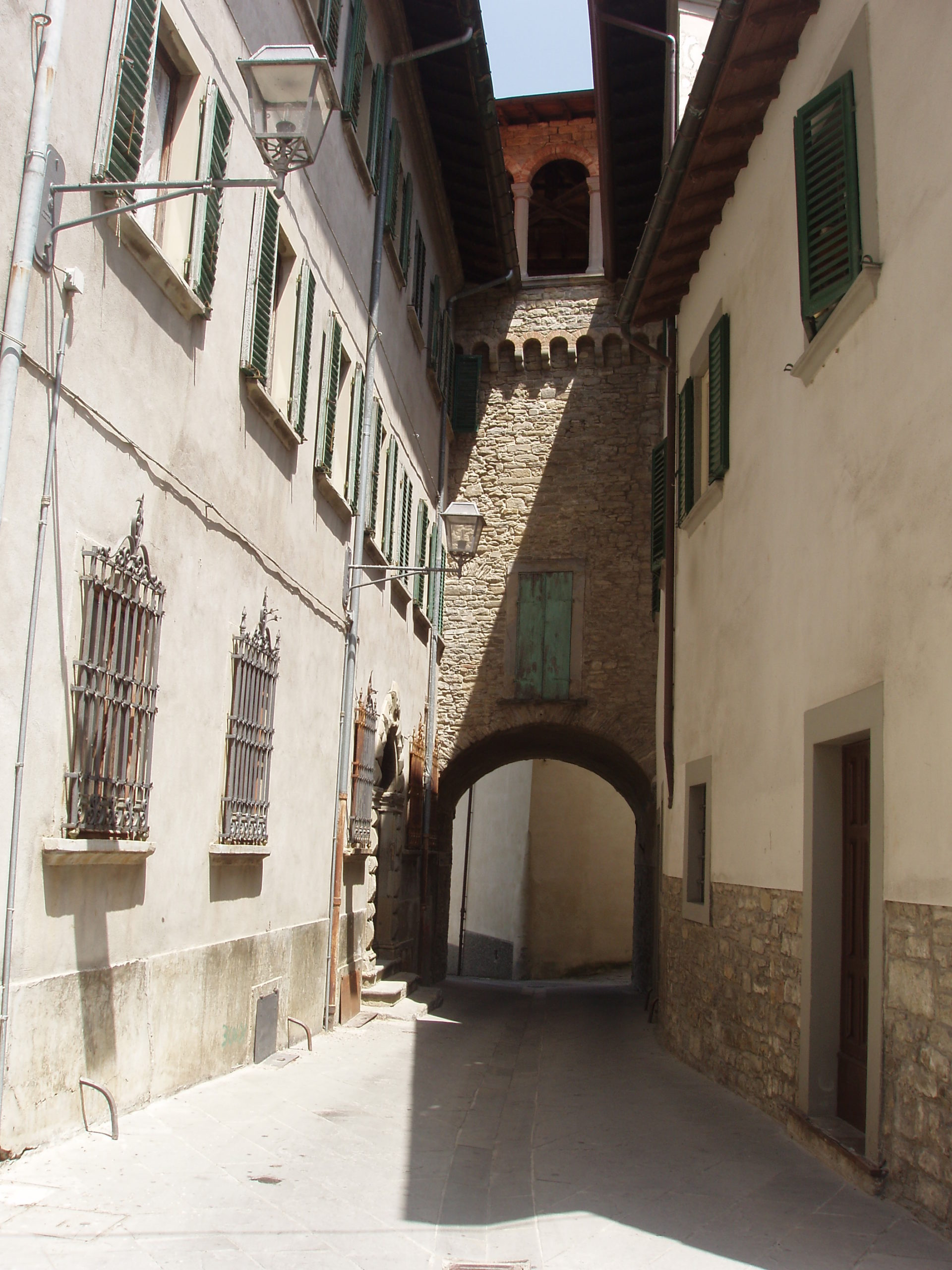 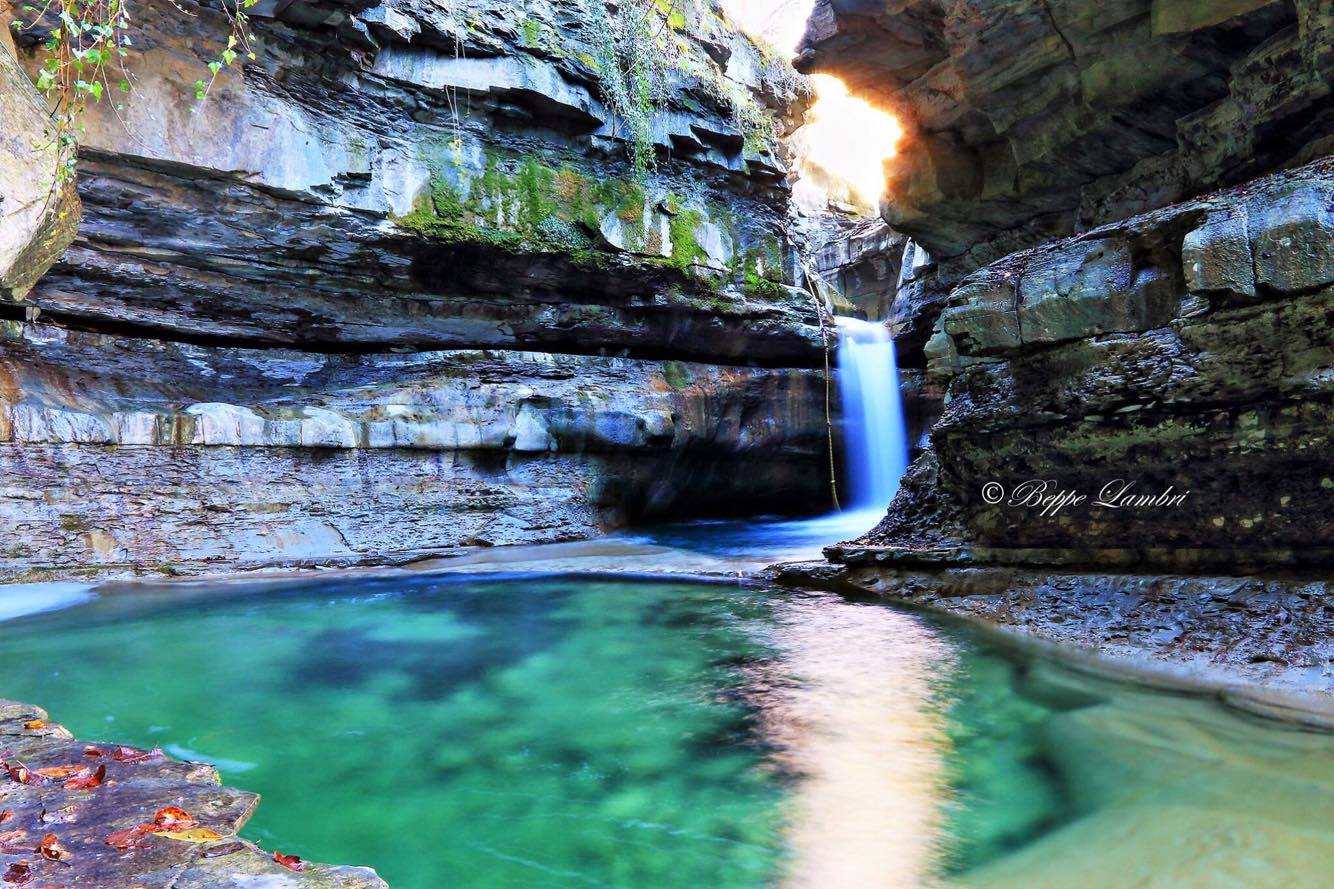 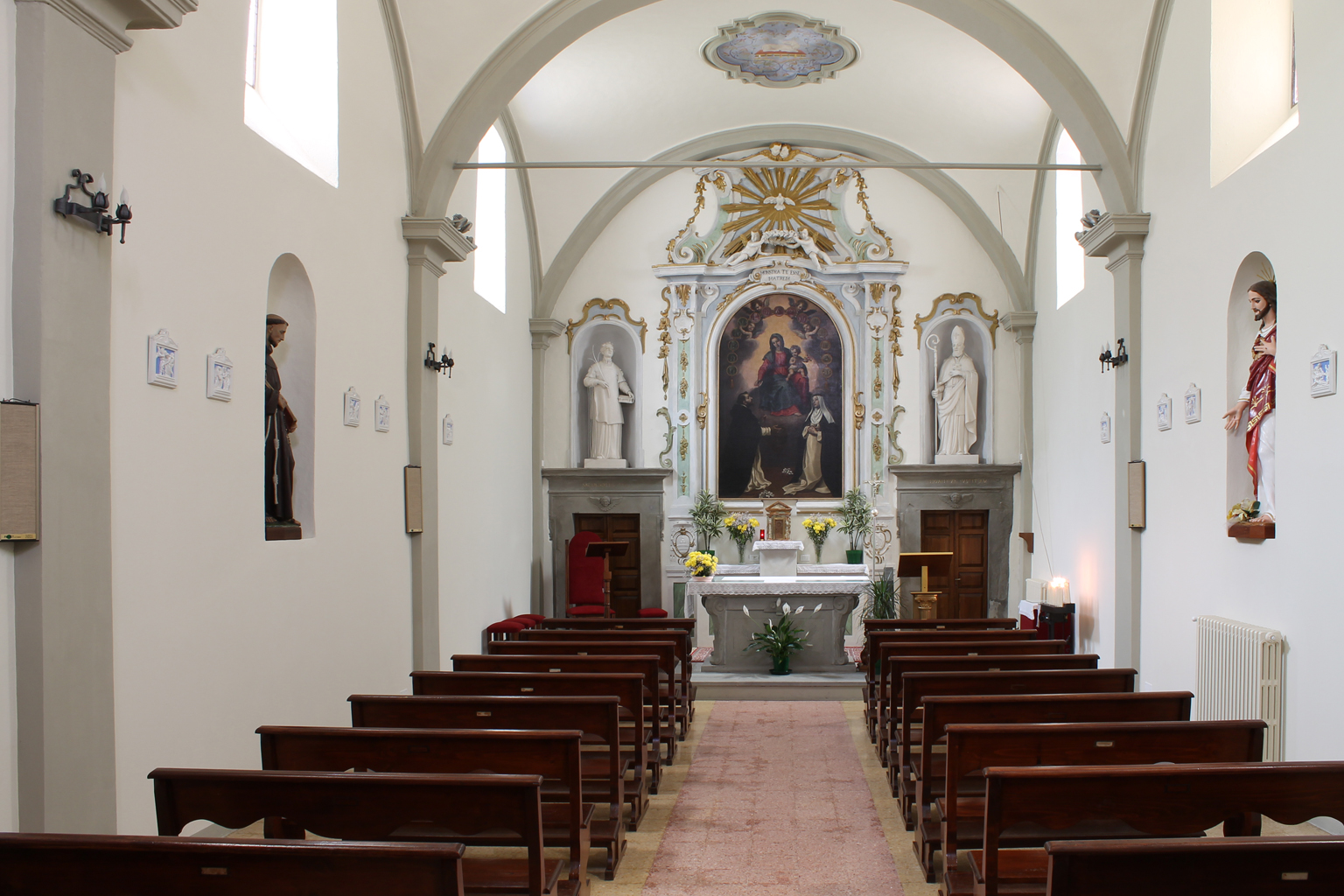