Montiano, a splendid natural balcony overlooking the plain as far as the sea, was recorded in the 16th century as “the most beautiful hill in Romagna, its territory being full of olive trees, wine,
and beautiful fruit, like a vast garden in the middle of which the feudal lord had a very comfortable home”, thanks to the prestige that Giacomo Malatesta, Marquis of Roncofreddo and Count of Montiano, brought to the site.
Montiano became the property of the Malatesta family from the middle of the 13th century, although circumstances saw it pass through the domain of the Ordelaffi family of Forlì, the Curia of Ravenna and the Cesenati.
The first definitive reference to the existence of Montiano is the deed with which the Lombard countess Ingeralda and her son Pietro, 895 AD, donated the village to the archbishop of Ravenna, but its origins date back to the late Roman period. The first settlements in Montiano are presumably part of the fortifications created by the Romans south of the Rubicon, the border of Cisalpine Gaul, and were made up of those who, after the collapse of the Roman Empire, escaped the barbarian raids by hiding in the hills above the Via Emilia consular road.
An ancient legend places the origins of the town in even more remote times: Roman slaves employed in the construction of the important road in 187 BC escaped and found refuge and a free existence in the surrounding hills. Visitors can still enjoy this experience of freedom today by climbing the Montiano hill, taking a stroll and letting their gaze wander over the splendid Romagna plain to the sea. 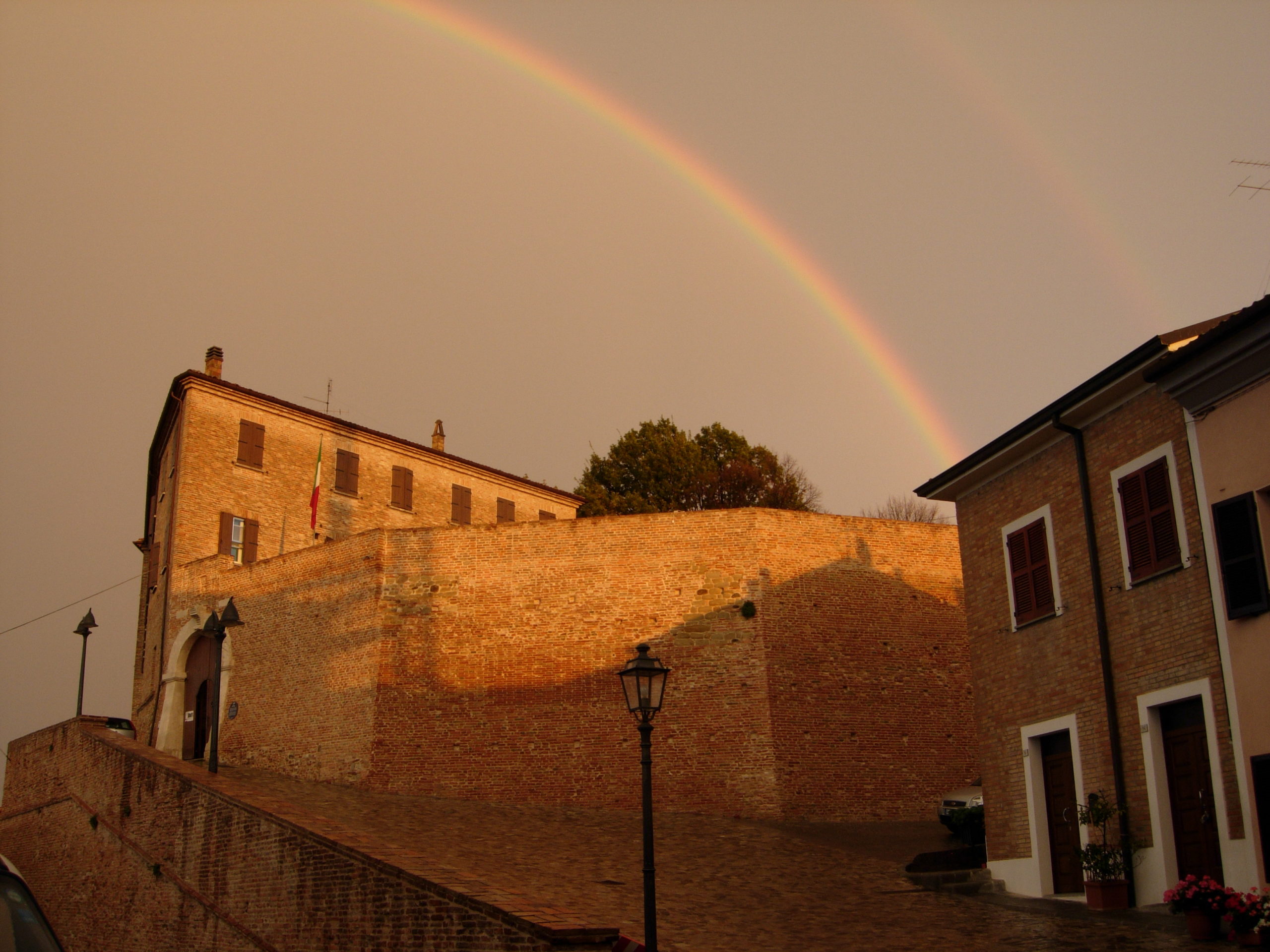 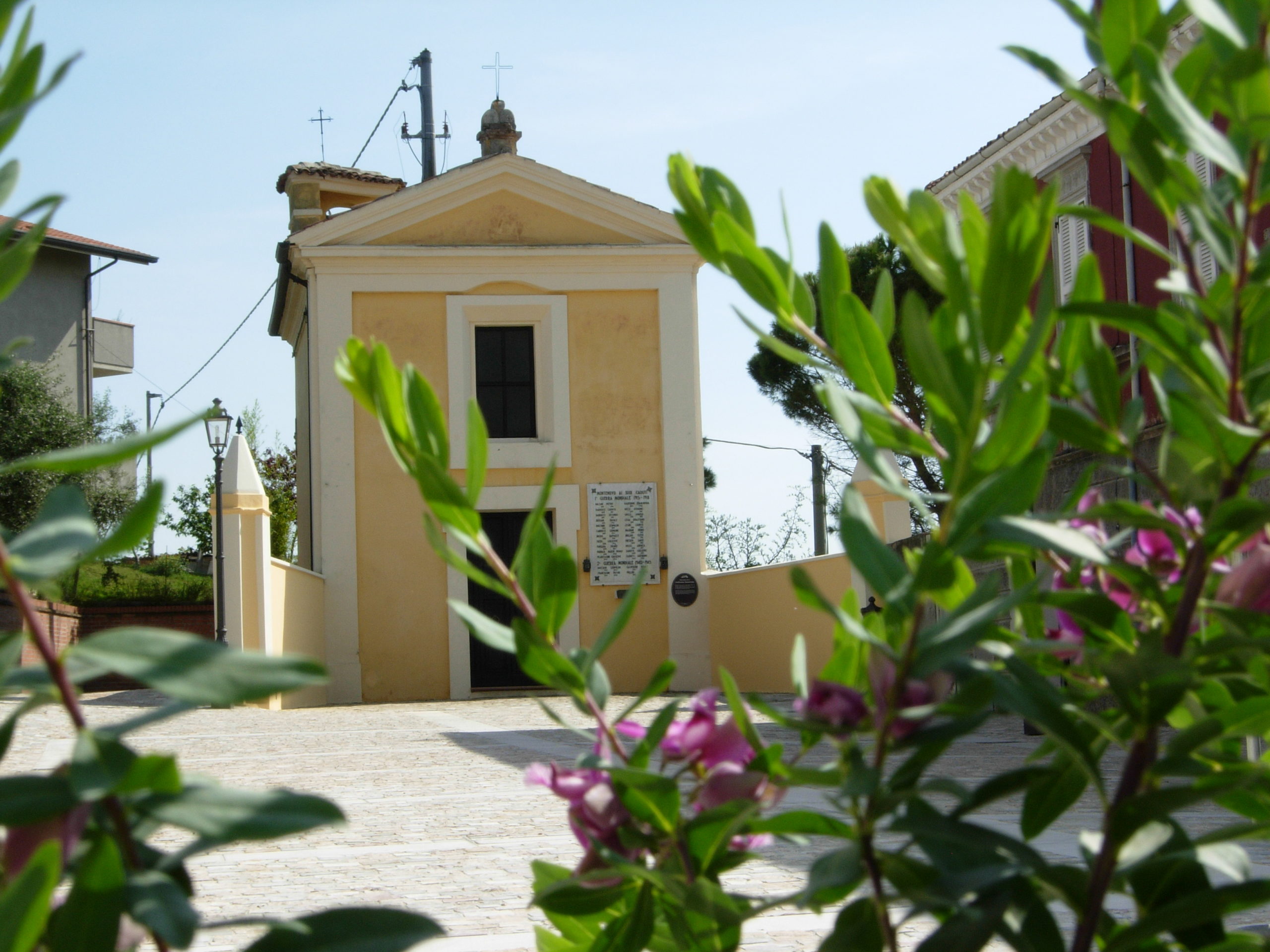 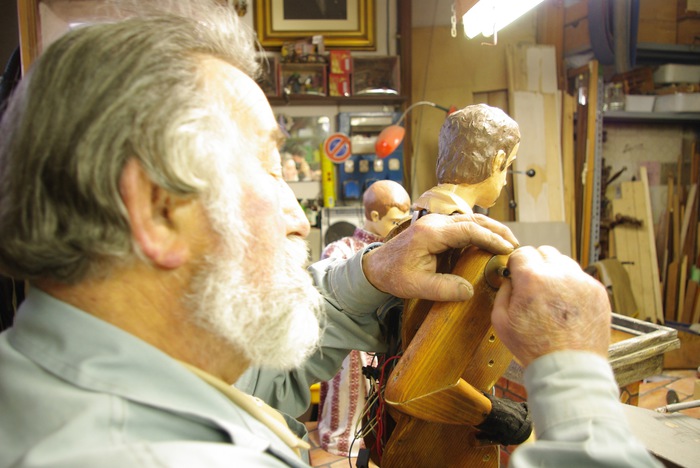 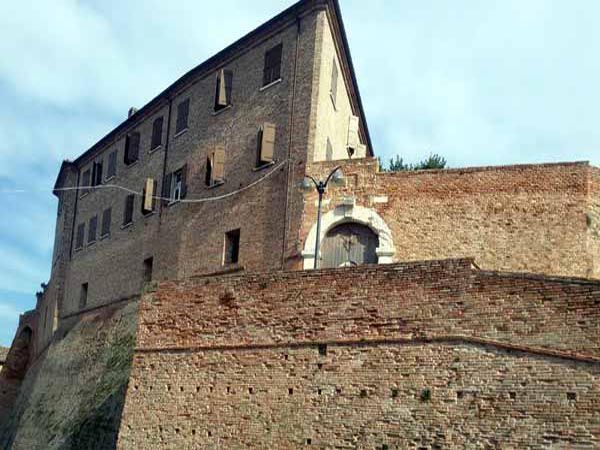 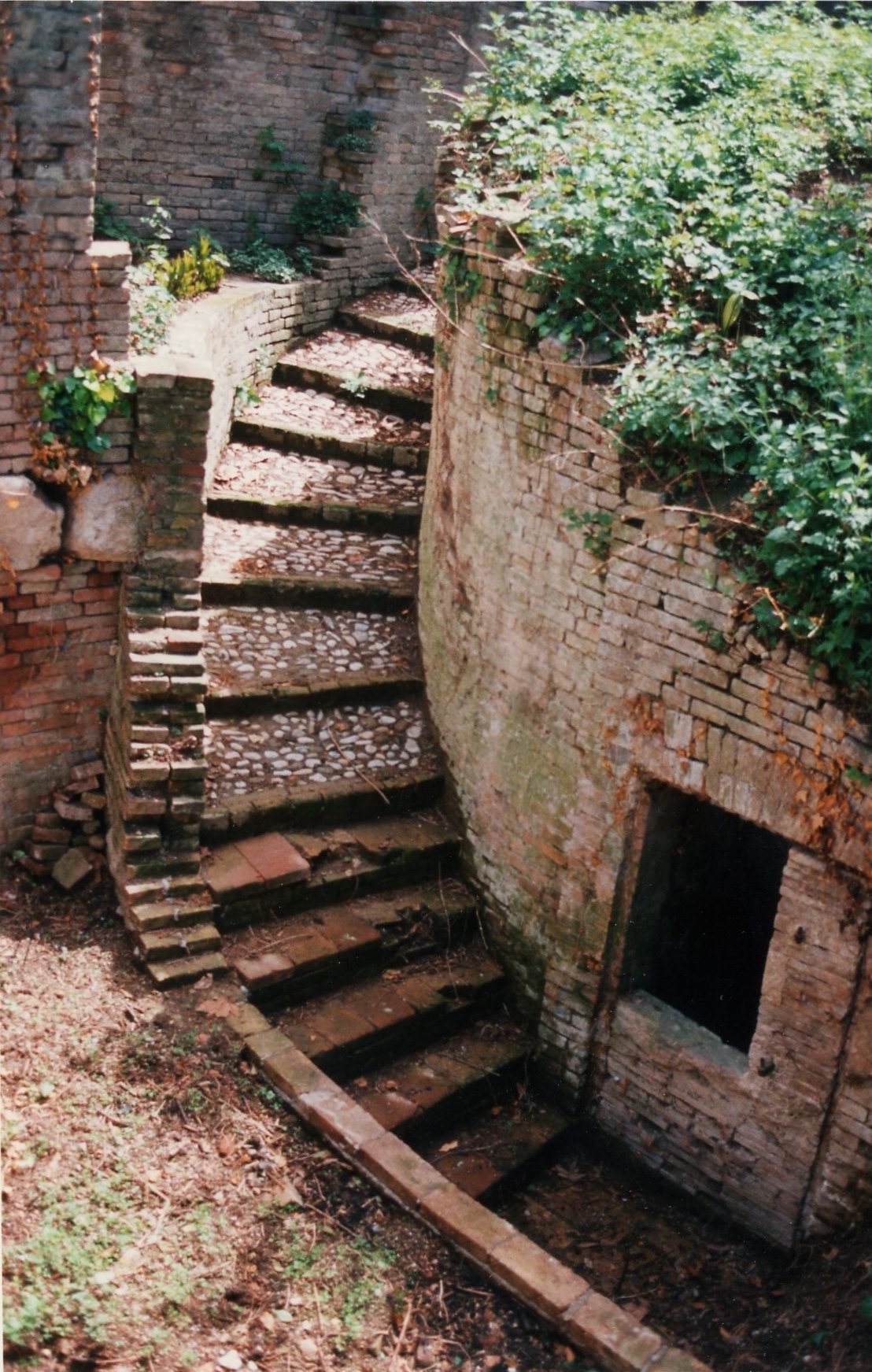 The Sentieri Poetici di Montiano (Poetic Paths of Montiano), open since May 2021, are a network of educational trails that wind through the hills for a total of 30 kilometres. This project, born from the collaboration between the Municipality and the “Rubicone Gran Trail” Social Promotion Association, has as its purpose the improvement and rediscovery of a territory that contains historical and natural treasures. A treasure chest a few steps from the sea and the Apennines, where the creation of a network of paths has given a wide range of enthusiasts (from hikers, horse-riders to mountain bikers) the opportunity to get to know and enjoy the area. The network of paths is divided into eight themed circuits, accompanied by signs that describe the area poetically, offering an emotional journey through nature and memories of the past. In addition, these itineraries make it possible to stop off at accommodation facilities (agritourisms, restaurants and farms) to taste local products and have an all-encompassing experience.

Gualtieri nativity scenes, for over 60 years

It was back in 1956 when a 12-year-old boy in Montiano, Quarto Gualtieri, realised his dream by winning first prize in the parish competition for the most beautiful nativity scene. From that moment on, Quarto never stopped building nativity scenes. In fact, he built ever larger, more elaborate ones, which were appreciated at a national level.
The years went by, little Quarto became a man and, although he worked a variety of different jobs to raise the large family that the good Lord had provided him with over the years, he always found time at Christmas to get out his handmade items and build beautiful nativity scenes for his children. Quarto has five children and they watch him with delighted eyes as he pulls all those little houses and miniature men out of the old wooden trunk, as if from a magic box. Quarto tells them every year that the figurines must be taken out every Christmas, every single one, otherwise they will cry inside their boxes!
As the years went by, Quarto’s children grew up and from him inherit they inherited this passion for the Nativity scene, along with the respect and humility that is necessary when dealing with such important matters. They understand the value in small things, and having patience and love for what you do. They learn it and do it themselves, carrying on this family tradition with their father. As the years went by, the Gualtieri nativity scenes came to be acknowledged at a national level and, in 2016, they celebrated their sixtieth year running. A nativity scene of his can still be found in Montiano, in the cellars of the Malatesta Fortress.

The Rocca Malatestiana fortress
It is heart-shaped and it overlooks and encloses the small village. From the outside, the high walls hide the elegance of the interior, giving the building a powerful, imposing air. Residence of the Malatesta family at the behest of Carlo Felice, the most substantial part of the building dates back to the 16th century, while the earliest vestiges certainly date back to the 9th century. The mighty walls testify to the strategic importance of the fortress, situated on an ancient border between Cesena and Rimini that was long disputed.
At the height of its splendour it had elegant crenelated walls, large finely painted rooms, spacious halls with precious frescoes, a church, large cellars and a large garden. Badly damaged during the last war and partially demolished to prevent further dangerous collapses, it was rebuilt in parts to house a private kindergarten. Recent renovations have restored the ancient splendour of the walls and ramparts overlooking the ancient Piazza Maggiore, which was reconstructed in 2004 according to the original historical and architectural design, using typical local materials.
Access to the fortress is via a wide ramp leading to a small wooden door. The walk takes place between the garden and the walkways at the top of the walls, from which you can admire a remarkable panorama of the town and the plain below, where on a clear day, after the rain, the view extends out beyond the Romagna Riviera to the Croatian coast.