Crossing the gentle hills that enclose the Savio, you reach the fertile land of Mercato Saraceno, which owes its name to Saraceno degli Onesti, a noble family from Ravenna represented by Dante in the Divine Comedy through Guido del Duca (Guido degli Onesti), the protagonist among the Envious of the Canto 14 of Purgatorio (“… know that I am Guido del Duca”, XIV, 81)
The location of Mercato Saraceno is naturally suited to the market, trade and exchange: it is in fact a crossroads of important routes, lying along the Savio river, also mentioned by Dante in the Inferno (Inf. XXVII, 51), but is also a site of major agricultural output, particularly of excellent wine.
In Dante, wine becomes a metaphor for life: it comes from the earthly substance, the vine, which merges with the spirit, the rays of the sun, which with their warmth perform the divine miracle (“consider the sun’s heat that, when combined / with sap that flows from vines, is then made wine”, Purgatory, XXV 77).
An ancient and fascinating place where nature trails for hiking, mountain biking and cycling enthusiasts pass through ancient villages such as Linaro, with its steep cliff and castle ruins, Serra and Tornano, small remote villages and the hamlet of Paderno, which preserves precious treasures on the history of the 20th century. 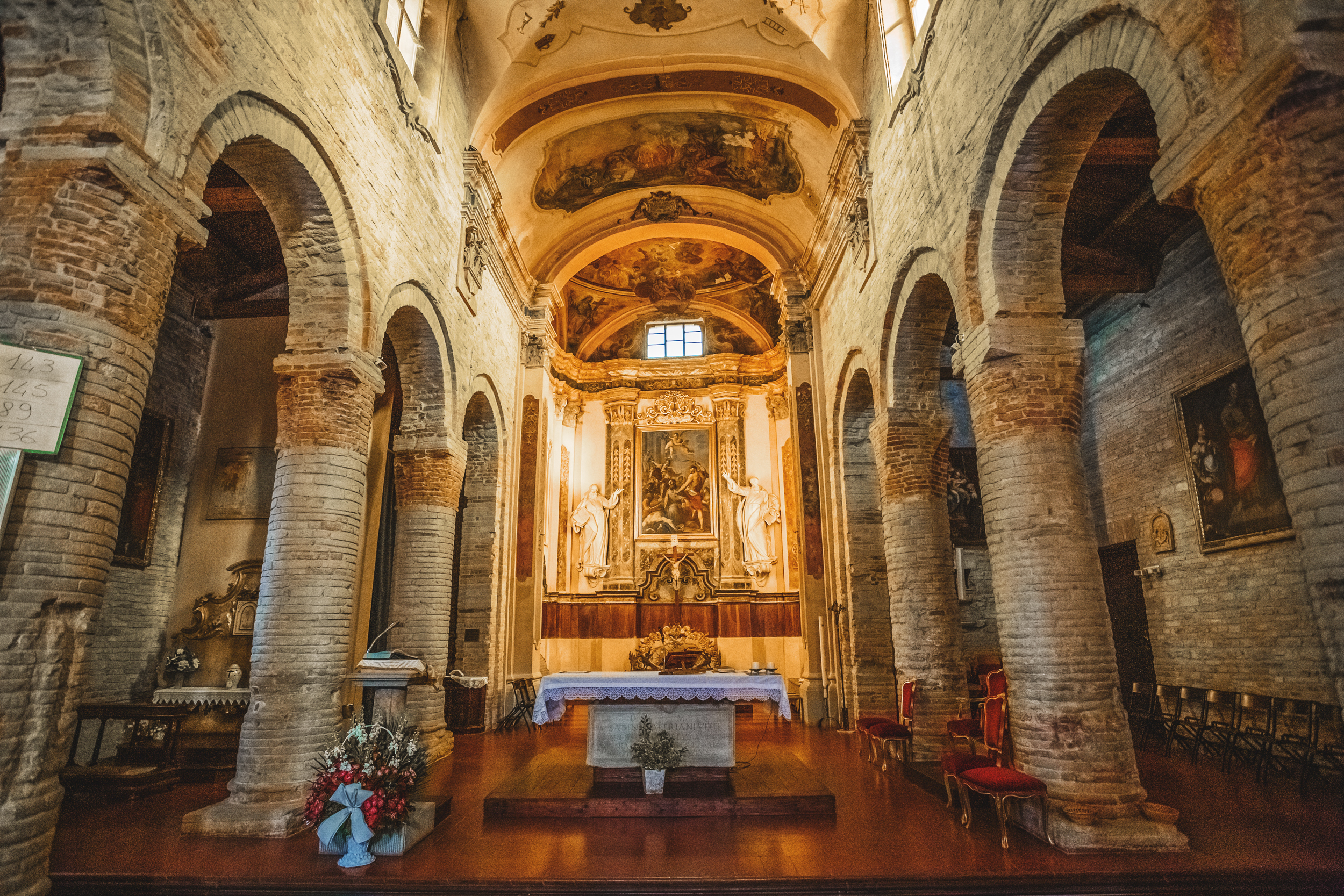 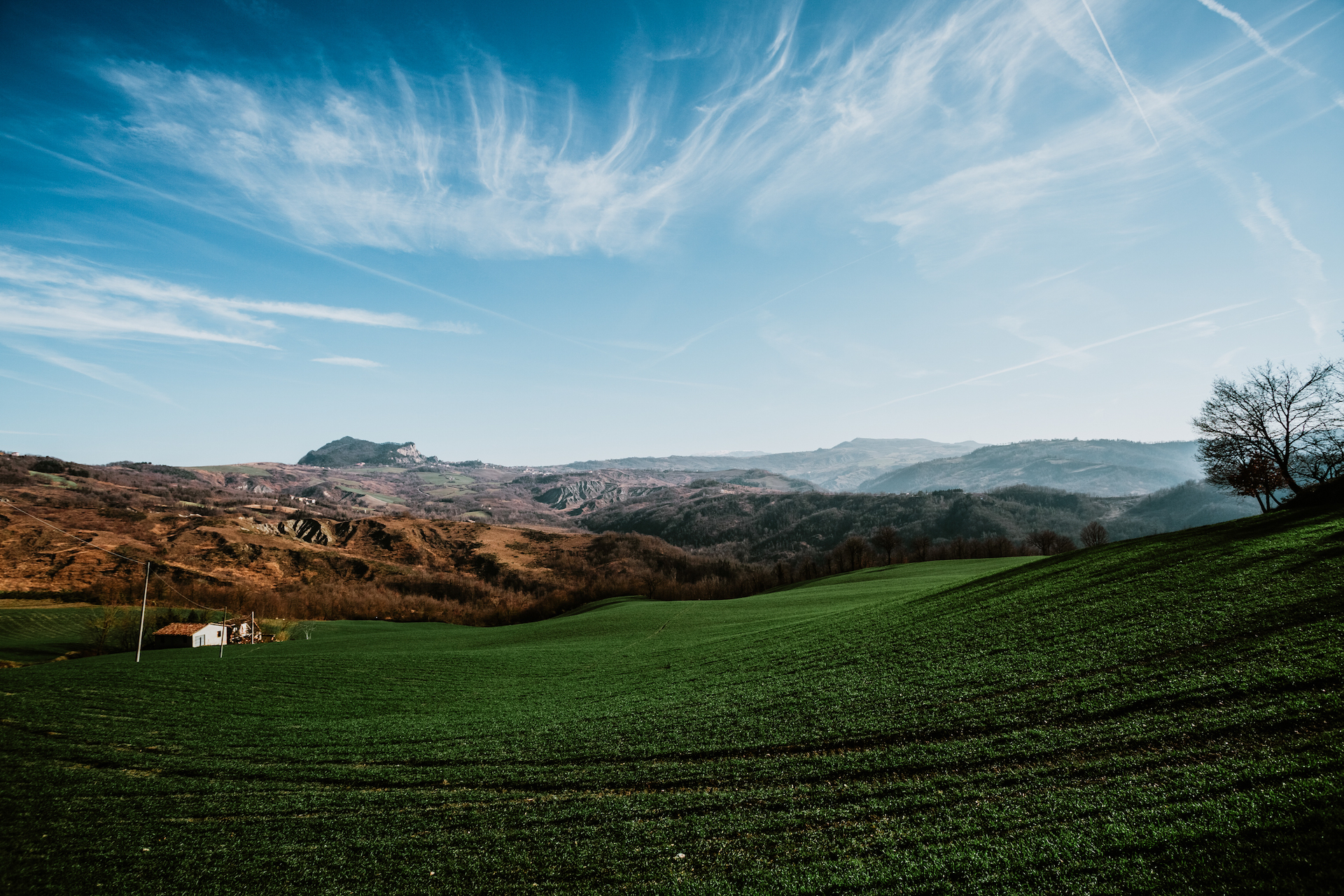 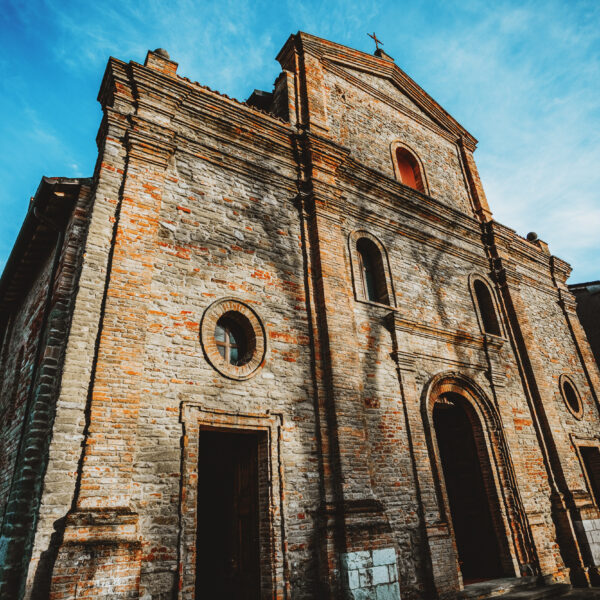 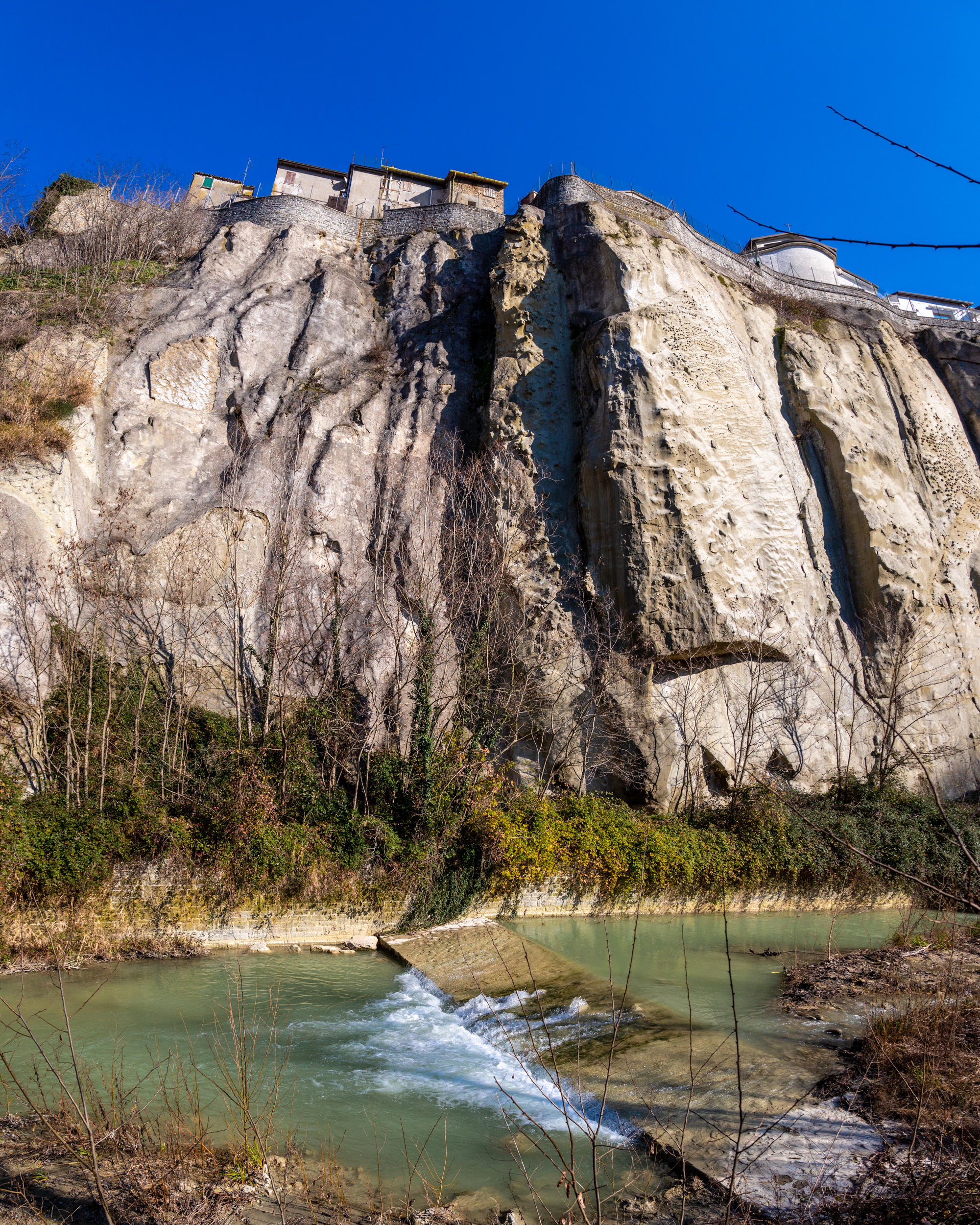 There are trails for all levels, between villages, monasteries and ancient fortresses

A vast network of trails runs through the whole area and reaches some notable spots, such as the Fosso Sassignolo, a true paradise with dense vegetation and a rich and varied birdlife, or the Serra Piedimonte loop, which touches on four municipalities and two provinces in just a few kilometres. Nature and sacredness are the main subjects of the Valleripa and Montalone route, along the Borello stream, where, between gorges and cliffs up to Rivoschio, you reach the 16th-century monastery of Valleripa. The Sentieri del Tasso (Badger Paths) surround the village of Linaro and are so called because of the prevalence of badgers in the area. To take the paths, go to the car park at the Rocca di Linaro, where there is a notice board illustrating all the routes, such as the Contessa Path, the Nuvoleto Path and the Path of Laundresses (“delle lavandaie”)

Sangiovese DOP, Albana and Famoso IGT: let yourself be won over by Mercato Saraceno‘s trio of wines with a tour of the cellars, which will allow you to get to know the local producers, who are passionate about their work and in love with this plentiful land. A short distance from the historic centre, you will find a number of local wine houses that combine the authenticity of wines made over generations with the innovation and entrepreneurial skills of young producers. Whether red, white or rosé, you will be offered the ideal pairings with local produce, from cold meats to cheeses, piadina to pickles. And if you come in spring, try the typical Pagnotta Pasquale (Easter loaf) of Mercato Saraceno, which along with with Sarsina claims to be the birthplace of this typical Romagna dessert.

The Barbotto climb, the terror of cyclists

Everyone in Romagna is a bit of a cyclist. Not just because of the legend of Pantani, the “Pirate”, who covered thousands of kilometres on these roads, but because of a desire for challenge and competition, which is never lacking here. And the municipality of Mercato Saraceno boasts of one of the most daring challenges for cycling enthusiasts in the area: the Barbotto climb, the most demanding of the Granfondo Nove Colli, one of the amateur cycle races with the greatest international appeal. Length is 5.5 km, altitude difference 372 metres and the average gradient is 6.9% (with peaks of 18%!). The Barbotto is the terror of all cyclists, who come here when their legs are already well trained, to challenge themselves.
For those athletes who manage to catch their breath, we recommend admiring the surrounding panorama of rows of vines, gentle hills, gullies and flourishing vegetation.

The Parish Church of Montesorbo
In Montesorbo, a few kilometres from Mercato Saraceno, the Pieve di Santa Maria Annunziata is an admirable example of a Romanesque church with a Greek cross plan, unique in the area. Presumably dating back to the 8th century, it has been renovated several times over the centuries, such as in the 12th century. The parish church was of great importance in the early Middle Ages: the Savio valley was actually a busy communication route and the presence of a parish church with a hospice was of vital importance for pilgrims travelling to Rome. The exterior is in stone and brick, the façade is embellished with salvaged marble, and the outer walls are the result of restoration work in the late 17th century.
It is above all the interior that makes the parish church of Montesorbo such a unique artistic and architectural site, with elements of great interest, such as the 2nd-century holy water stoup, the medieval epigraphs, the different orders and types of columns, which bear witness to its complex history. The most unusual find is the depiction of a hand, a face and a cross, a symbol that perhaps identified the church to pilgrims as a place of prayer and refreshment.

The Parish Church of the Santi Cosma e Damiano
The route to discover the parish churches is dedicated in particular to those who are in search of ancient places of worship, which in the past also served as social landmarks for rural populations, not only for their religious and ritual functions, but also their civil, socio-economic and even political importance for daily life during the Middle Ages and in later times.
In addition to the Parish Church of Montesorbo, the second jewel of Mercato Saraceno is the Pieve dei Santi Cosma e Damiano, which is located in the hamlet of San Damiano, just outside the historic centre of Mercato Saraceno. It is listed as the first parish church of the diocese of Sarsina and has been on the record since the year 972. It is an example of an early medieval church, founded around 850 AD and later remodelled several times. The altarpiece, dated 1601, is attributed to the Ravenna painter Bernabino Guarini, the frescoes in the presbytery and those on the ceiling of the central nave are by Michele Valbonesi, an 18th-century painter from Ranchio.

Paderno, from the Castrum to the villa of Arnaldo Mussolini
Paderno is a small town perched on the hills of the Savio river valley, a few kilometres from Mercato Saraceno, a place that is unexpectedly rich in history.
Among the oldest remains, we find Castrum Paderni, granted in 1220 to the Church of Sarsina by Emperor Frederick II.
In more recent history we see the Villa Teodorani, a striking residence in which Italian rationalism is mixed with elements of Art Déco: here Arnaldo Mussolini, brother of the Duce, decided to establish his private study as a quiet place of “buen retiro”, at the villa belonging to his wife’s family. In Paderno there is a small cemetery, which Benito Mussolini desired to hold the body of his brother. Arnaldo’s wife and son, Sandro Italico, who died in 1930 of a serious illness, are also buried there. The long process of cataloguing Arnaldo’s library and archives, which have been declared to be of historical interest and are protected by the state through the Superintendency of Cultural Heritage, has recently been completed. 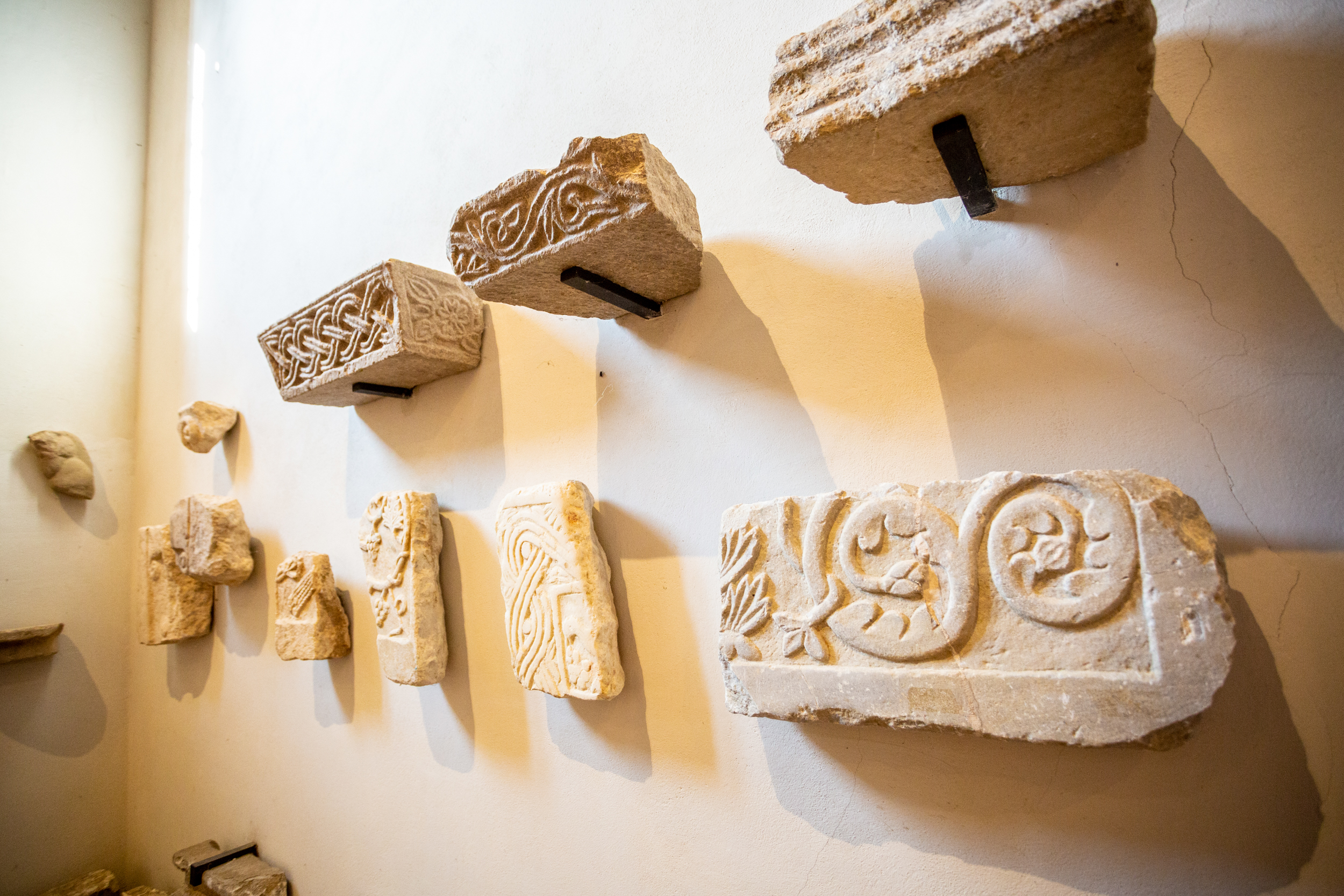 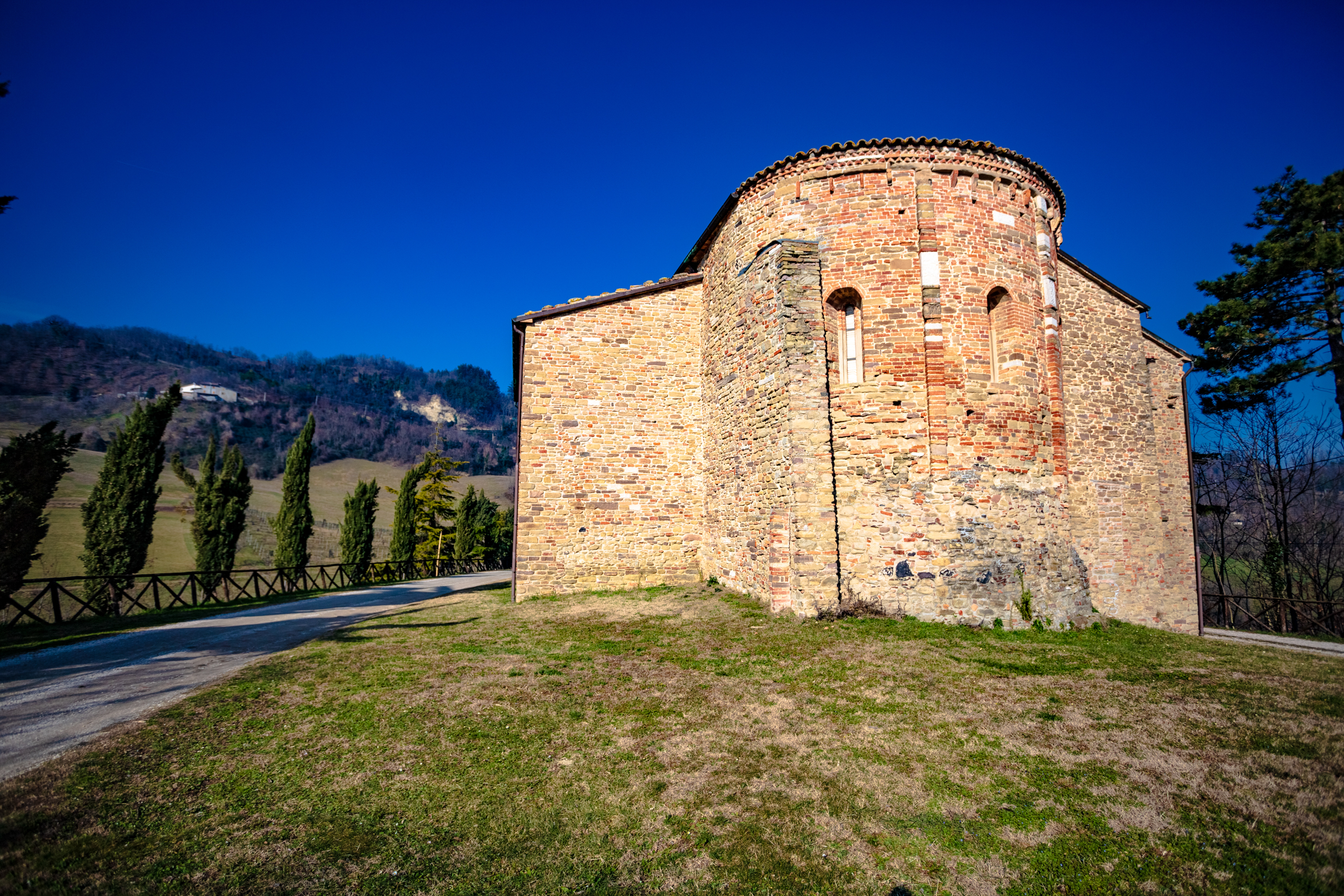 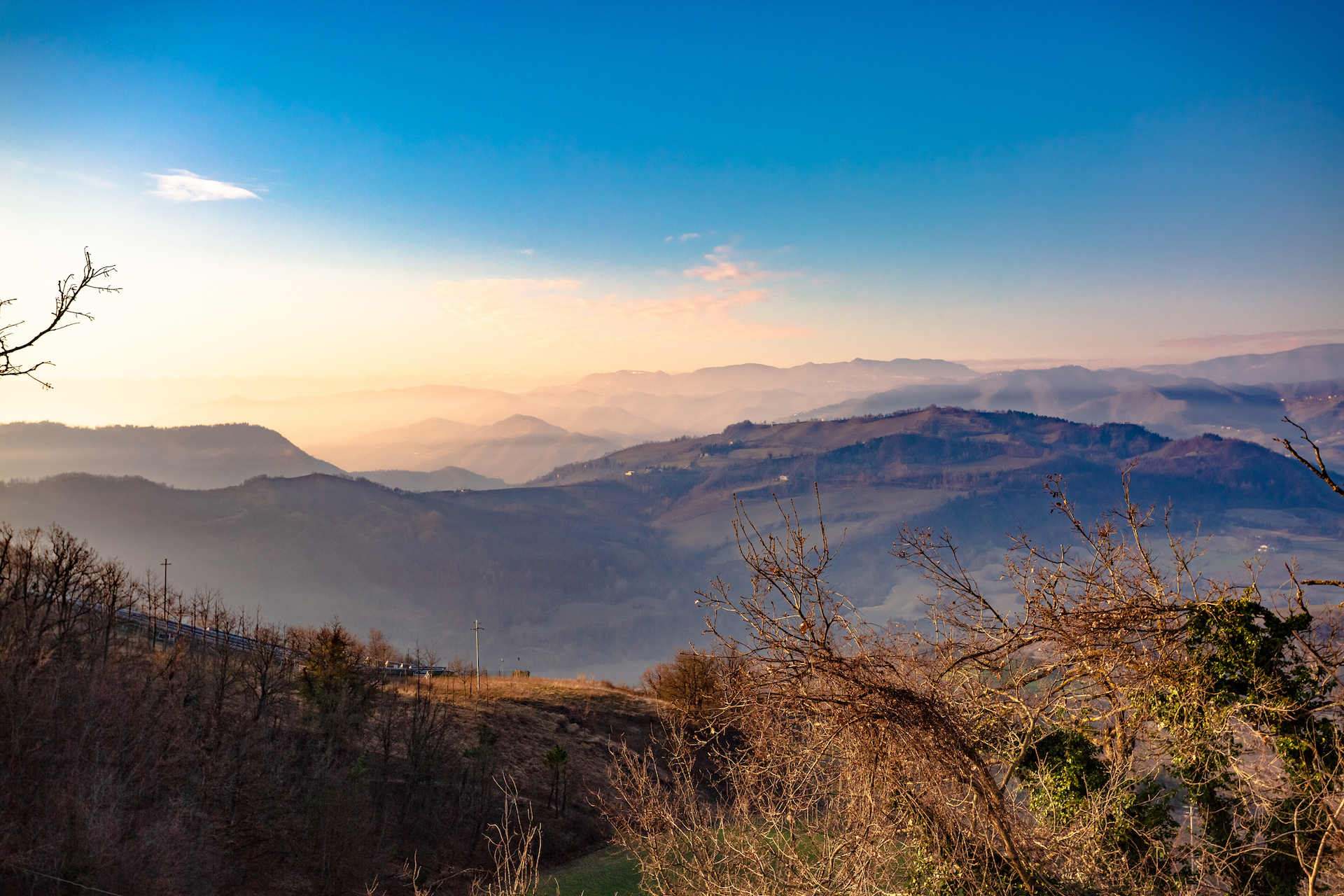 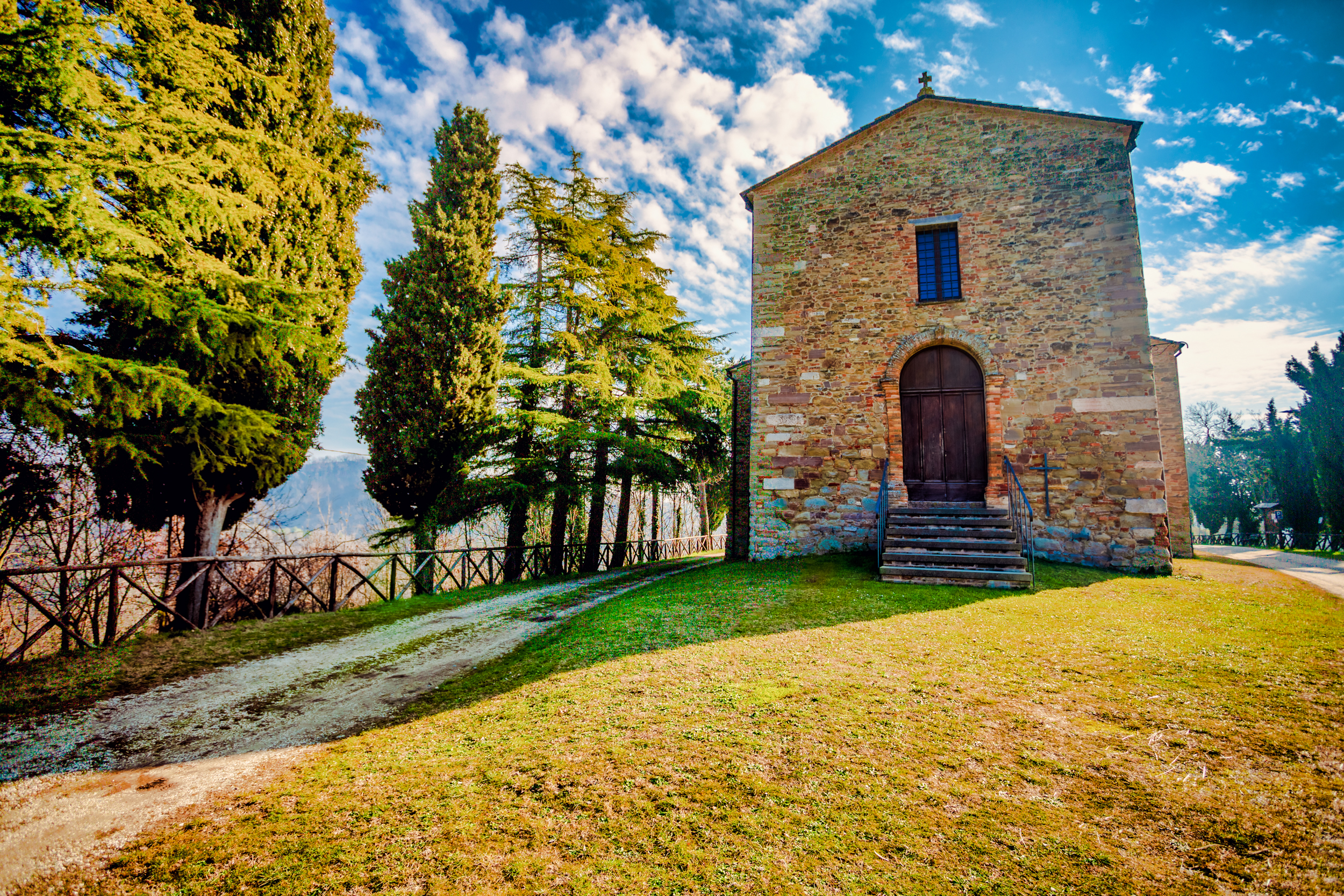