The town of Longiano is located in an exceptional geographic position on the hills between Cesena and Rimini, in the Rubicon Valley, a few kilometres from the Via Emilia, one which allows the eye to sweep from the plains to the mountains, as far as the Adriatic Sea.
The settlement developed from the 6th and 7th centuries A.D., at the same time as the barbarian invasions that caused the populations of the plains to flee towards the hills, especially from the important centre of San Giovanni in Compito. Longiano is mentioned for the first time in a scroll from 1059, when Bishop Uberto of Rimini granted various “de castro Lonzano” funds to Count Everardo and Countess Marozia. Later, as a fief and castle of the Malatesta family, and then of Count Rangoni of Modena, the town developed and became a culturally flourishing site during the Middle Ages and the Renaissance. During the Second World War the territory of Longiano, not far from the Gothic Line, suffered extensive damages due to Allied bombing: the war shelter, which partly crosses the historic centre, remains as a testimony to this.
The municipality experienced an important moment of industrial development in the 1960s and 1970s, in the area towards the plain, where numerous companies and residential districts were established. The historic centre, with a circular layout and concentric streets culminating in the Malatesta Castle, has remained well preserved, with double walls that are still perfectly visible today. In 1992, Longiano was awarded the title of “Ideal Village” by the European Community and Airone magazine. Since 2005, the city has been awarded the prestigious “Bandiera Arancione” (Orange Flag), the Touring Club Italiano’s recognition of quality in tourism and the environment.
With no less than five museums, a very active theatre and numerous events throughout the year such as “Longiano dei Presepi”, the town, which today has about 7300 inhabitants, is one of the best known and best loved centres of art and culture in Romagna. 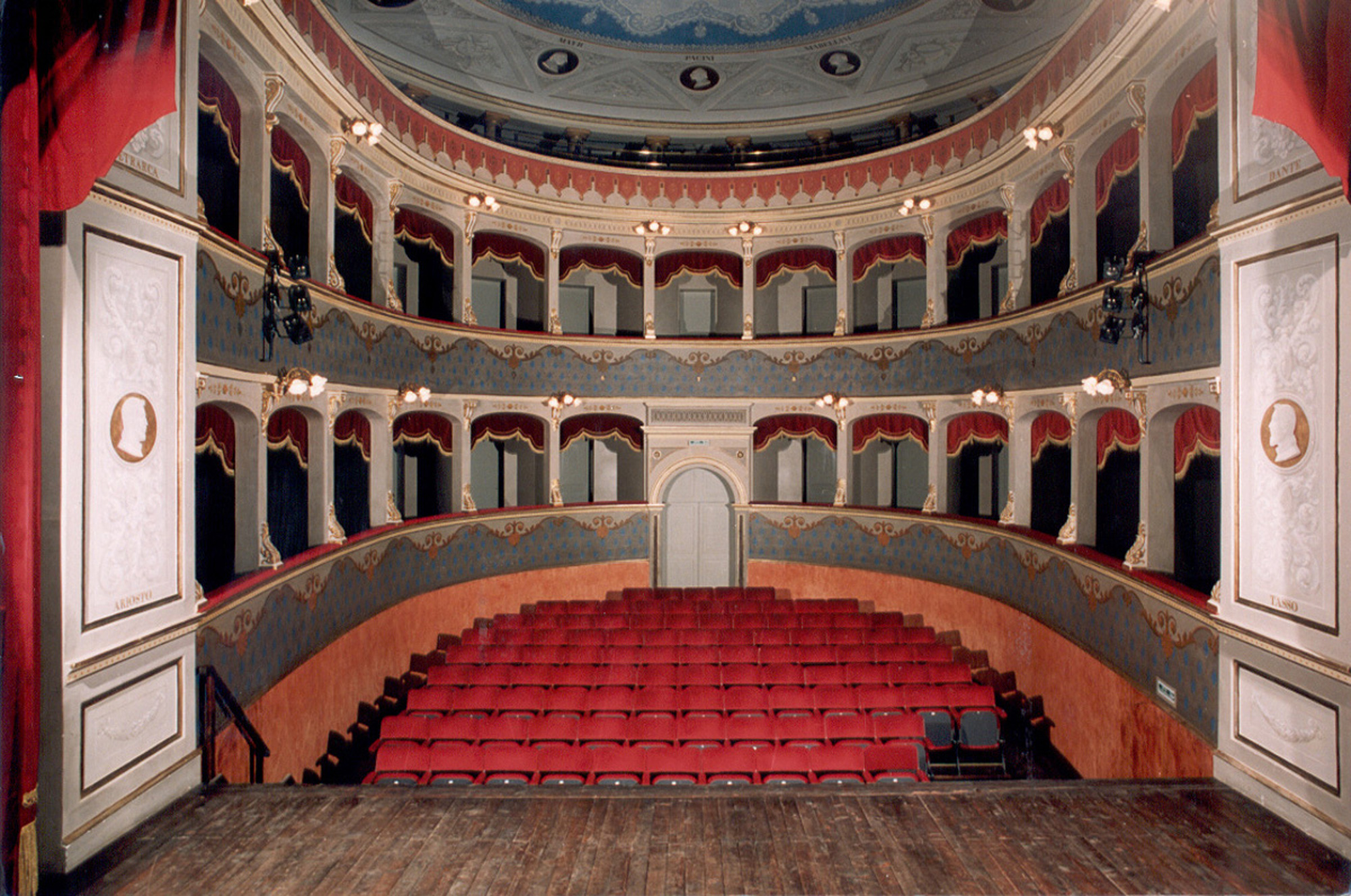 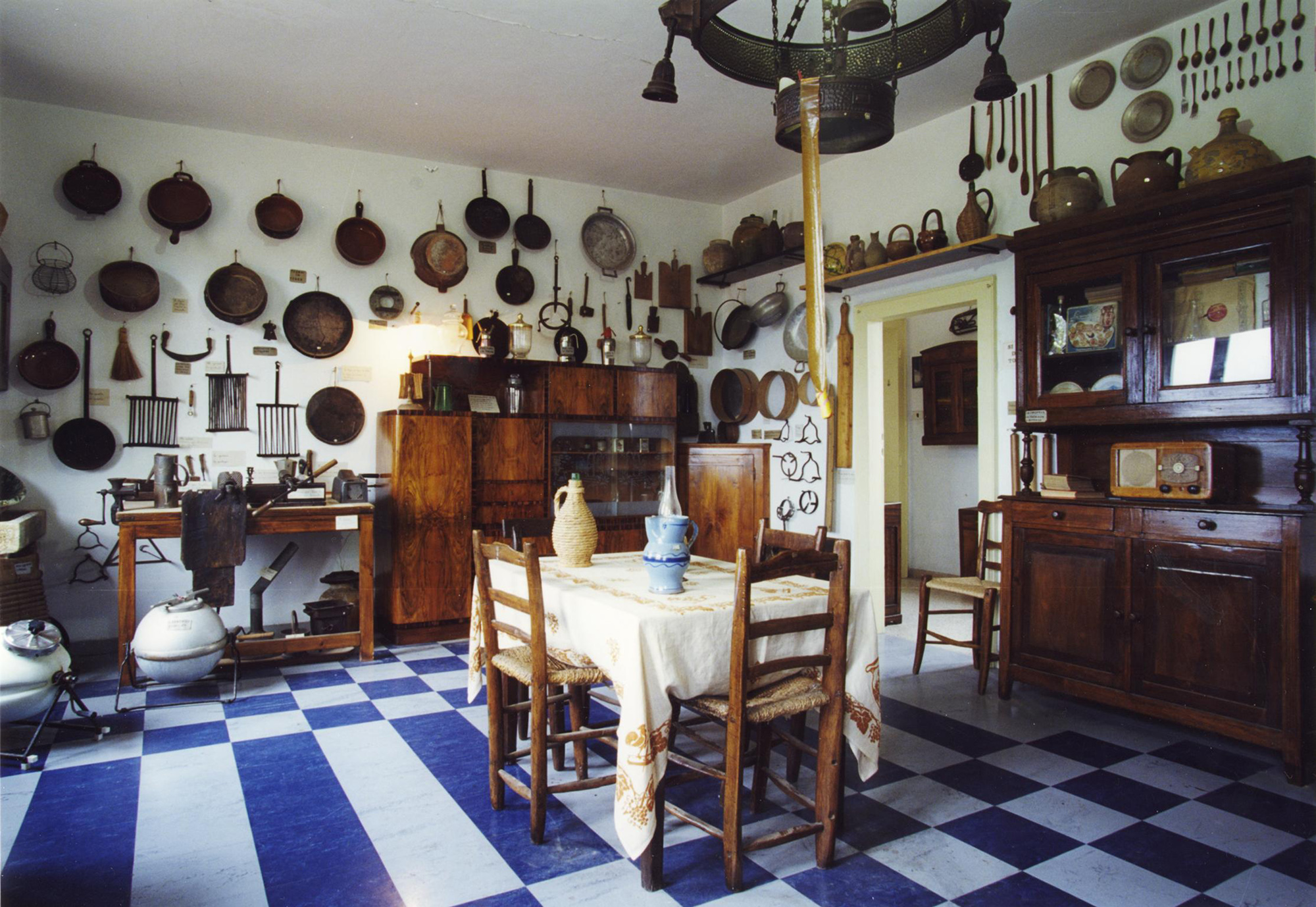 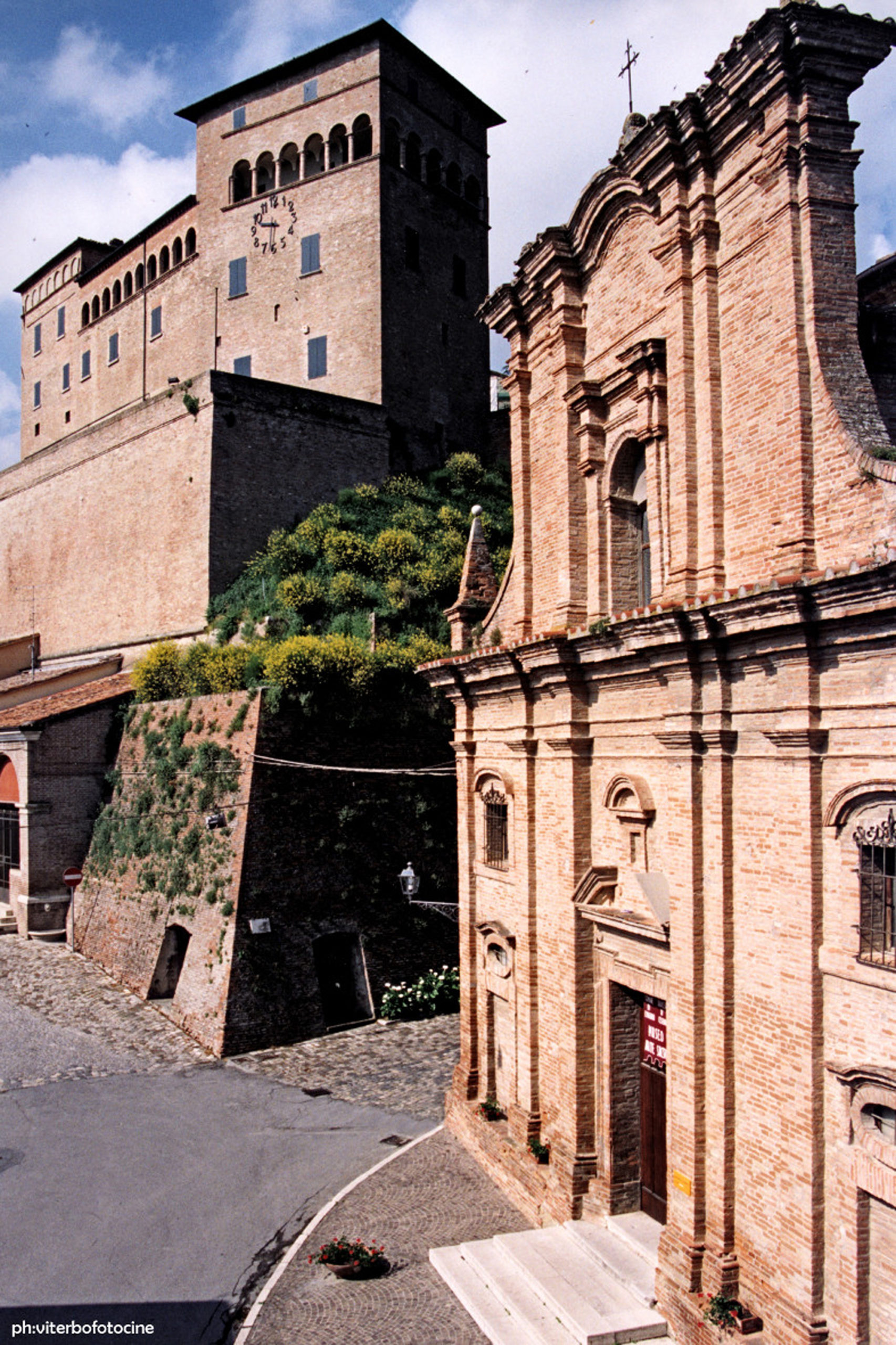 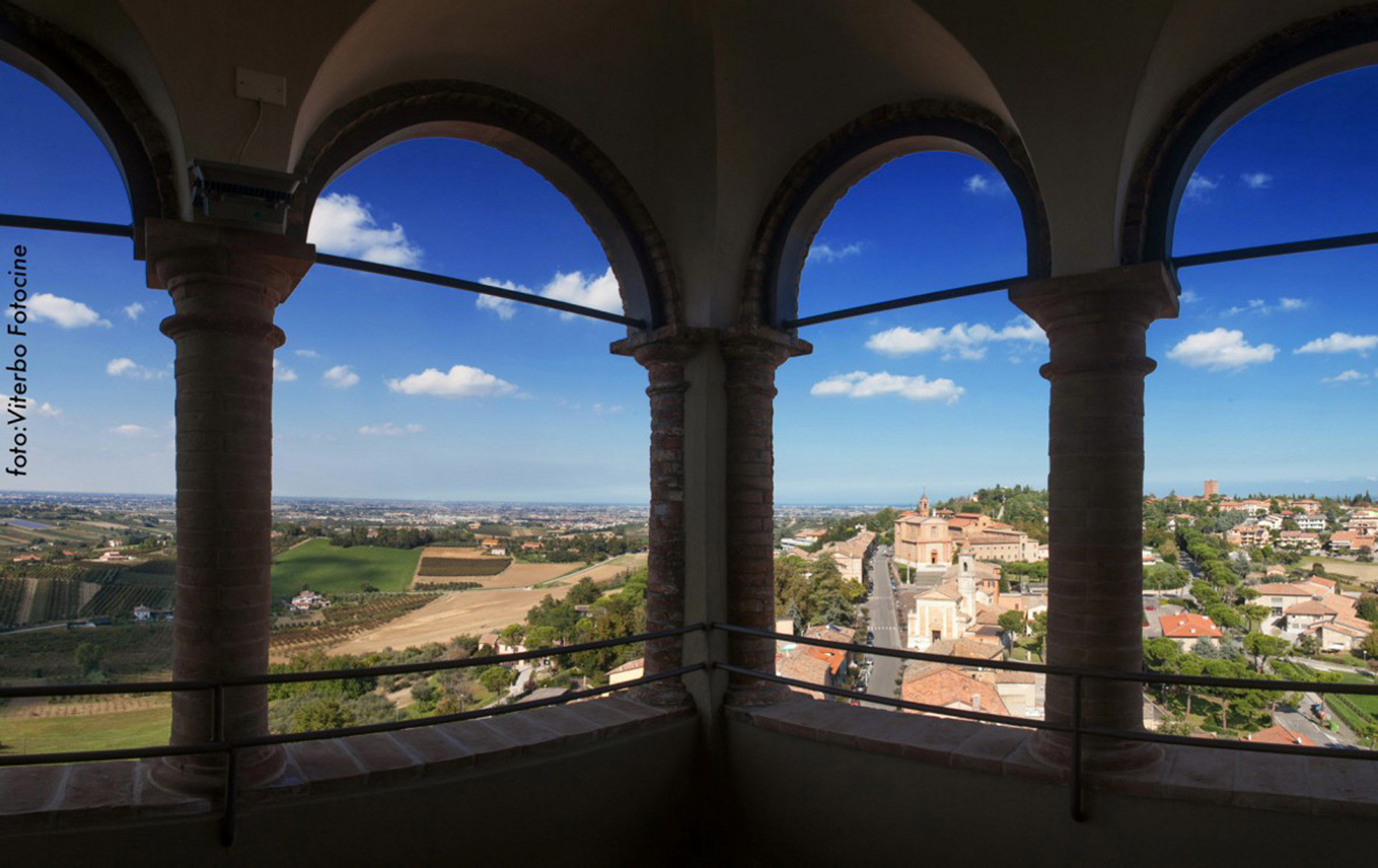 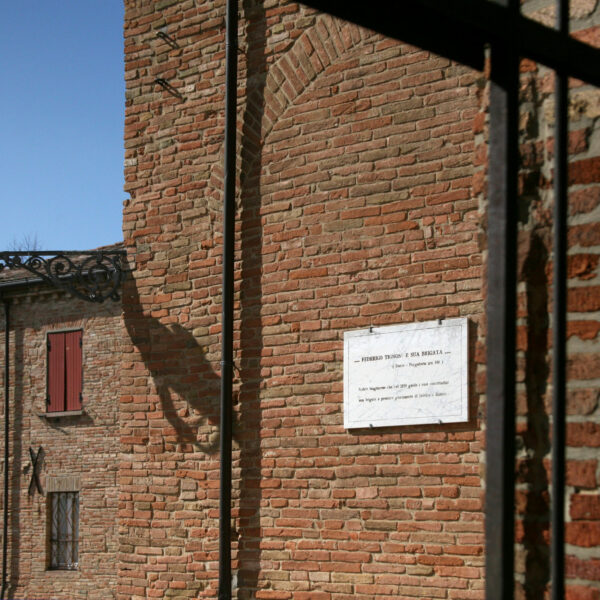 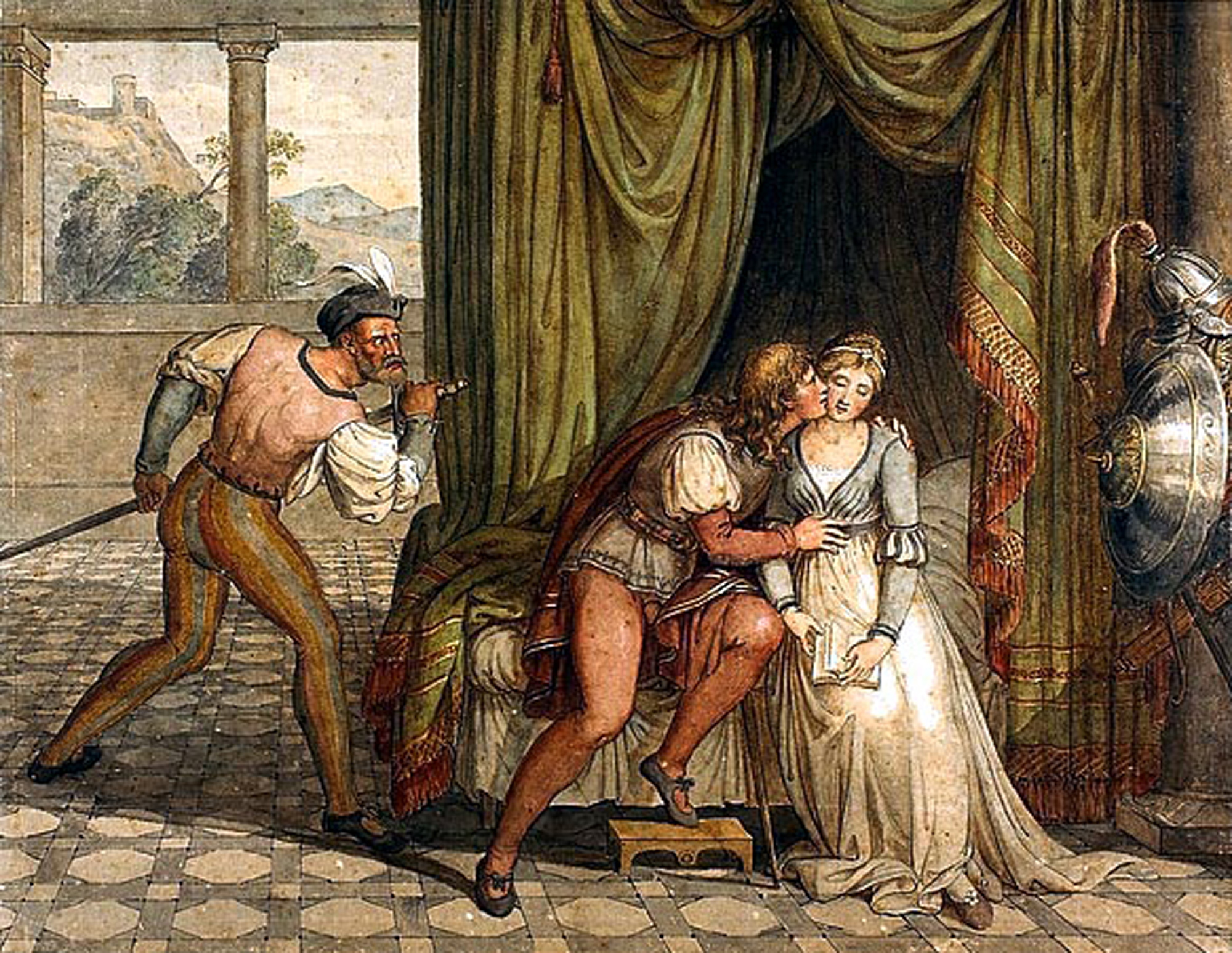 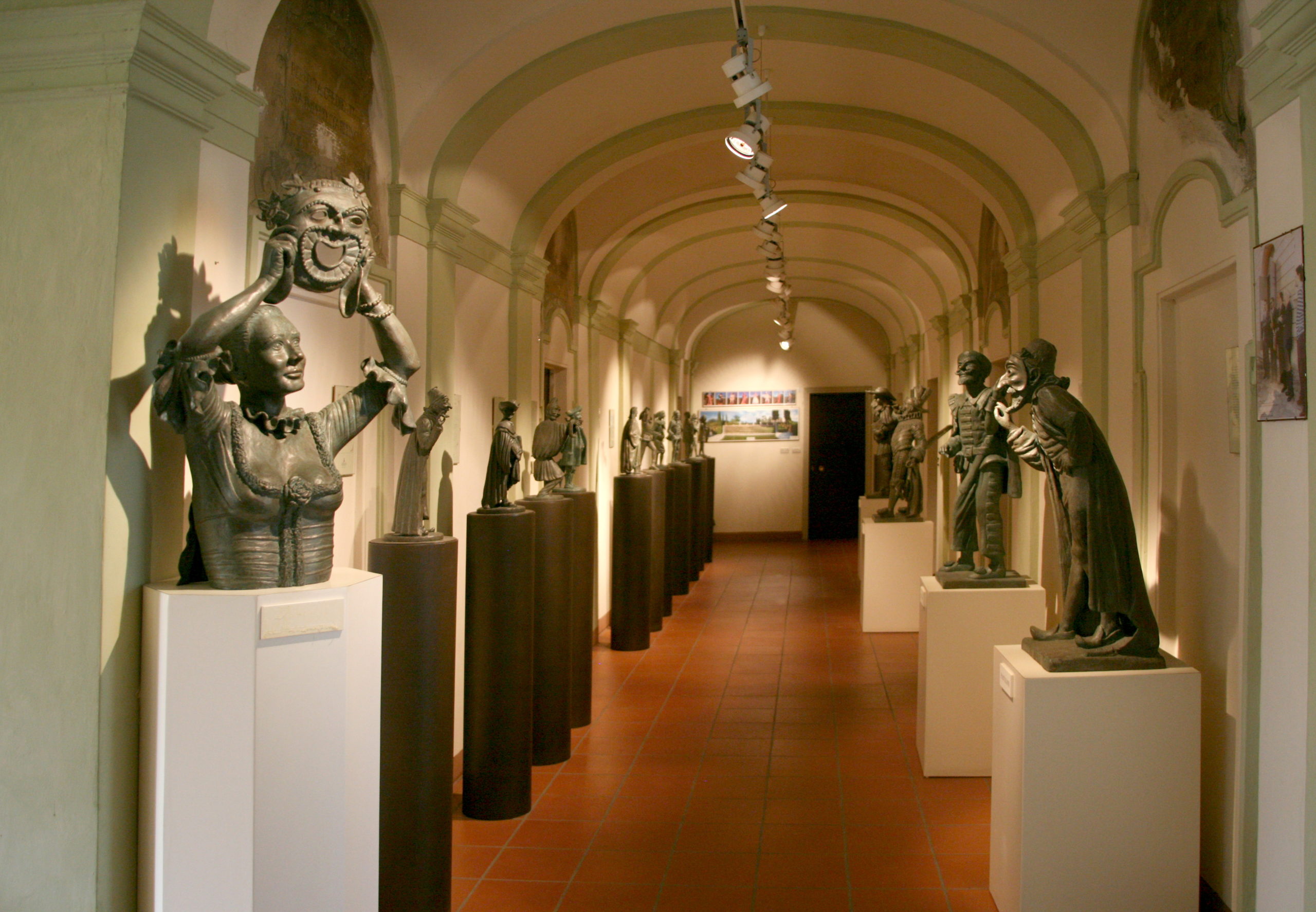 The first of the Malatestas to rule and to live in the Longiano residence was Giovanni Malatesta, also known as Gianciotto (about 1245-1304), sadly best known for the murder of his brother Paolo and his wife Francesca da Polenta, who he caught together. This story is immortalised by Dante Alighieri in the Divine Comedy, in Canto V of the Inferno, which also prophesises the eternal punishment that awaits Gianciotto in Caina, a fate far worse than that which befell Paolo and Francesca.
Another trace of Dante in Longiano is the plaque at the entrance to the Court of the Malatesta Castle, which commemorates “Federigo Tignoso and his brigade”. In Canto XIV of Purgatory, Guido del Duca, rebuking contemporary Romagna, sadly recalls figures from Romagna’s past, where “love and courtesy” flourished: among them, in line 106, is Federico Tignoso, a nobleman from Longiano, who led his fellow citizens to swear loyalty to the city of Rimini in 1199.
Also of note are the writings of the Longianese scholar Paolo Sambi (1794-1873), who wrote a moral-theological commentary on the Inferno and the first cantos of Purgatorio (Cesena 1858, Florence 1862, 1864), in the climate of renewed interest for Dante due to Romanticism.

The rich area of Longiano offers numerous products: from honey to the main wines of Romagna such as Sangiovese and Trebbiano, to a fragrant extra virgin olive oil, thanks to the numerous olive groves. Many companies offer the opportunity to taste their products on site and it is also possible to visit the ancient Turchi oil mill in Balignano. Many fruit trees also brighten the countryside in spring: cherry, plum, apricot and DOP nectarines. The gastronomic specialties of the Longianese cuisine are the simple and tasty ones of Romagna. First courses include cappelletti, passatelli, tagliatelle with meat sauce, lasagna, strozzapreti, “puntarine” (maltagliati). Classic main courses, accompanied by the ever-present piadina romagnola, include roast rabbit, grilled mutton, game, meat and salami from the “Mora romagnola”, a prized breed of pig.

The Malatesta Castle and the Tito Balestra Foundation
Of early medieval origins – at least prior to 1059 – the Castle of Longiano was the residence of the Malatesta family, Lords of Rimini, from 1290 to 1463, to whom we owe the fortification and extension of the structure. It was then modified internally in the 16th century and then later in the 19th century. Home to the Town Hall until 1989, the Castle is now the permanent home of the Tito Balestra Non-profit Foundation’s collection of modern and contemporary art of the Italian twentieth century, a Museum of Quality of the Emilia Romagna Region, which includes more than 5000 works by the major artists of the figurative and non-representational Italian twentieth century, such as Guttuso, Morandi, Mafai, Maccari, Rosai, De Pisis, Sironi, Vespignani, as well as a small but significant selection of works by foreign artists such as Goya, Matisse, Chagall and Kokoschka.
Italian Museum of Cast Iron
Housed in the former 18th-century church of Santa Maria delle Lacrime, the Museum is an original collection of 19th- and early 20th-century street furniture, curated and managed by the Neri Foundation. Lamp-posts, features of fountains and door-knockers tell the story of the taste, fashion, spirit and complexity of the 19th century through art, craftsmanship and industry, in striking contrast to the exposed brick walls of the church.
The Museum has a second location, on the Via Emilia, in the industrial area, where it is possible to admire a wider range of products and to grasp the organisation of production activities, from graphic design to model carving and casting.
The Neri Foundation is also linked to the Galleria delle Maschere, which is a collection of thirty-one bronzes representing the masks of the commedia dell’arte, the work of the artist Domenico Neri, and is located in the former Convent of San Girolamo.
Museum of Sacred Art – Oratory of San Giuseppe
The Museum of Sacred Art, established by the Municipality of Longiano and the Diocese of Cesena and Sarsina, officially opened in 1989, is housed in the Oratory of San Giuseppe Nuovo, a late Baroque jewel that is still consecrated. The Museum houses important works of art, together with countless precious and sacred objects, such as furnishings, vestments, relics and votive offerings. Particularly noteworthy are the relic of the body of San Valerio Martire, the 15th-century icon of the Madonna of Tears and an important sculptural group in polychrome terracotta: the Lamentation over Christ, a work created in 1985 by Cesena architect and sculptor Ilario Fioravanti (1922-2012 ).
Museum of the Territory
Established in 1986 in the premises of an old nursery school, the Museum of the Territory, thanks to loans and donations from hundreds of citizens, gathers more than six thousand artefacts from the Longianese area and Romagna in general. The museum’s tour is spread out across on two floors and through these everyday objects, tools of traditional crafts and peasant civilisation, modern antiques, grandparents’ toys and old motorcycles, the museum tells of our recent past. It is a journey through time and tradition, which inspires our curiosity and makes us aware of being part of a greater shared history.
Petrella Theatre
A splendid example of a 19th-century “Italian-style” theatre, with a charming and intimate interior, a horseshoe layout with two tiers of boxes and a gallery, the Errico Petrella Theatre has a capacity of 205 seats and excellent acoustics. Opened in 1870, the theatre suffered serious damage during the last world war and was then restored and reopened in 1986: from then on it has offered a varied programme of events, hosting some of the most famous Italian and international artists. 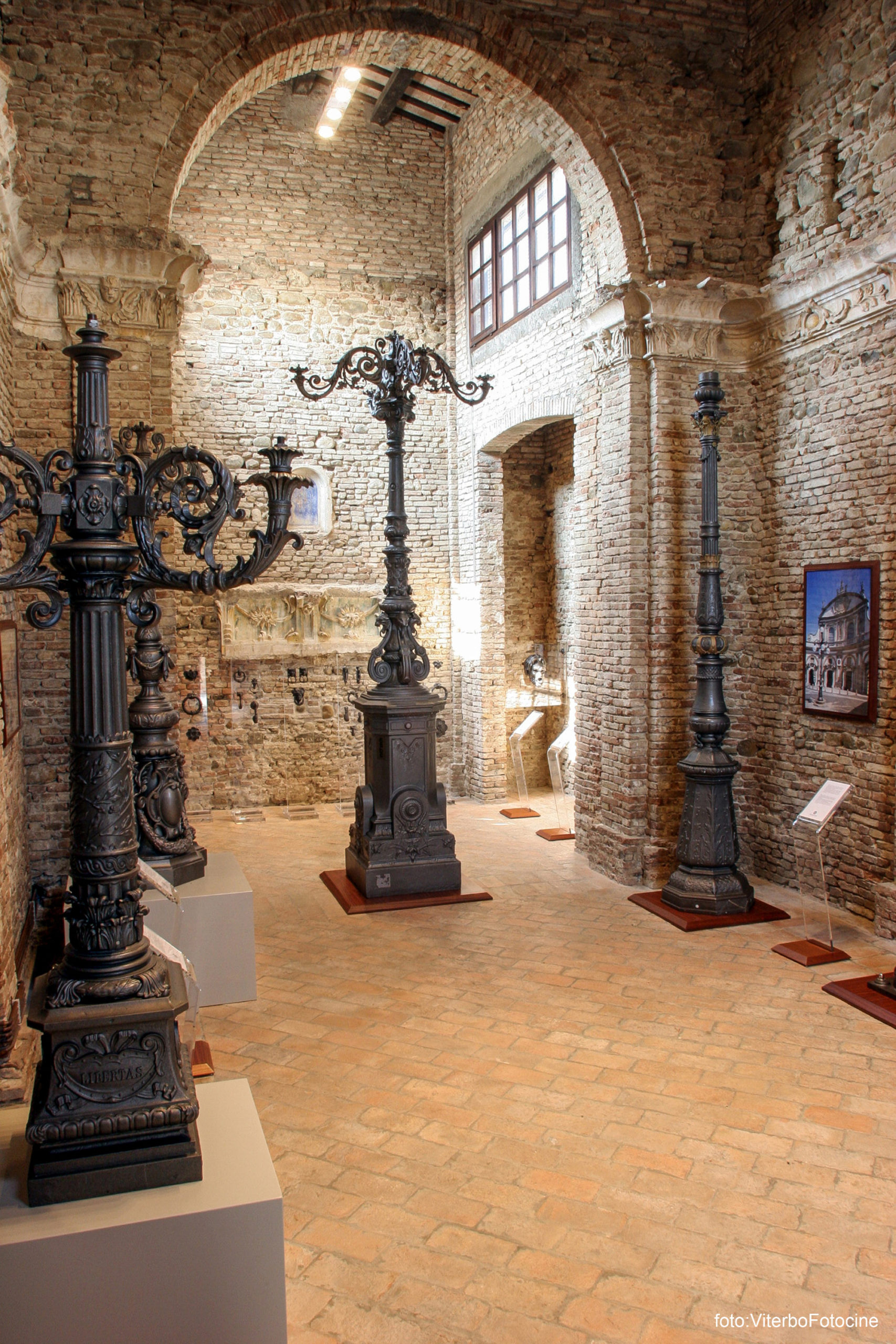 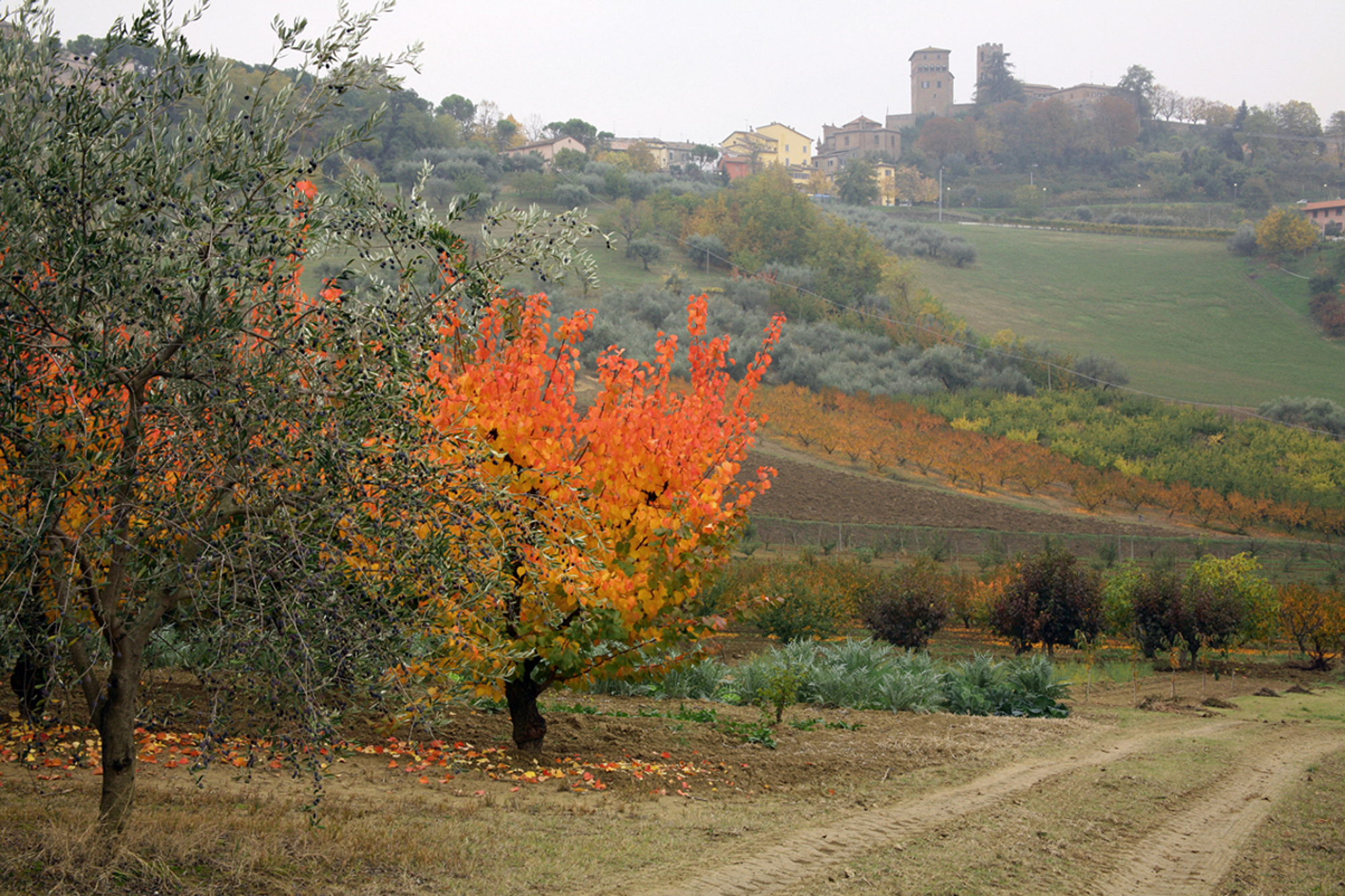 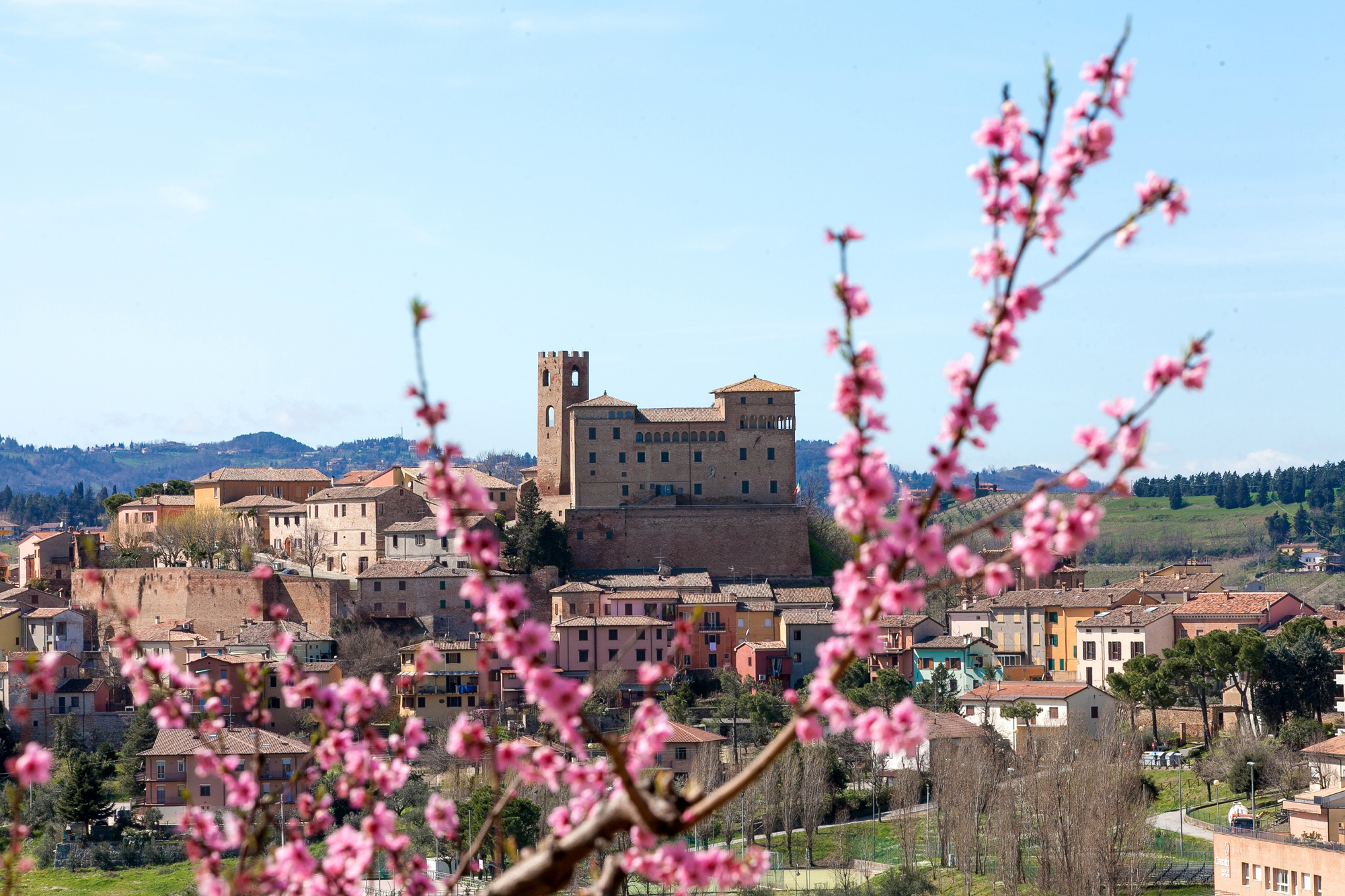 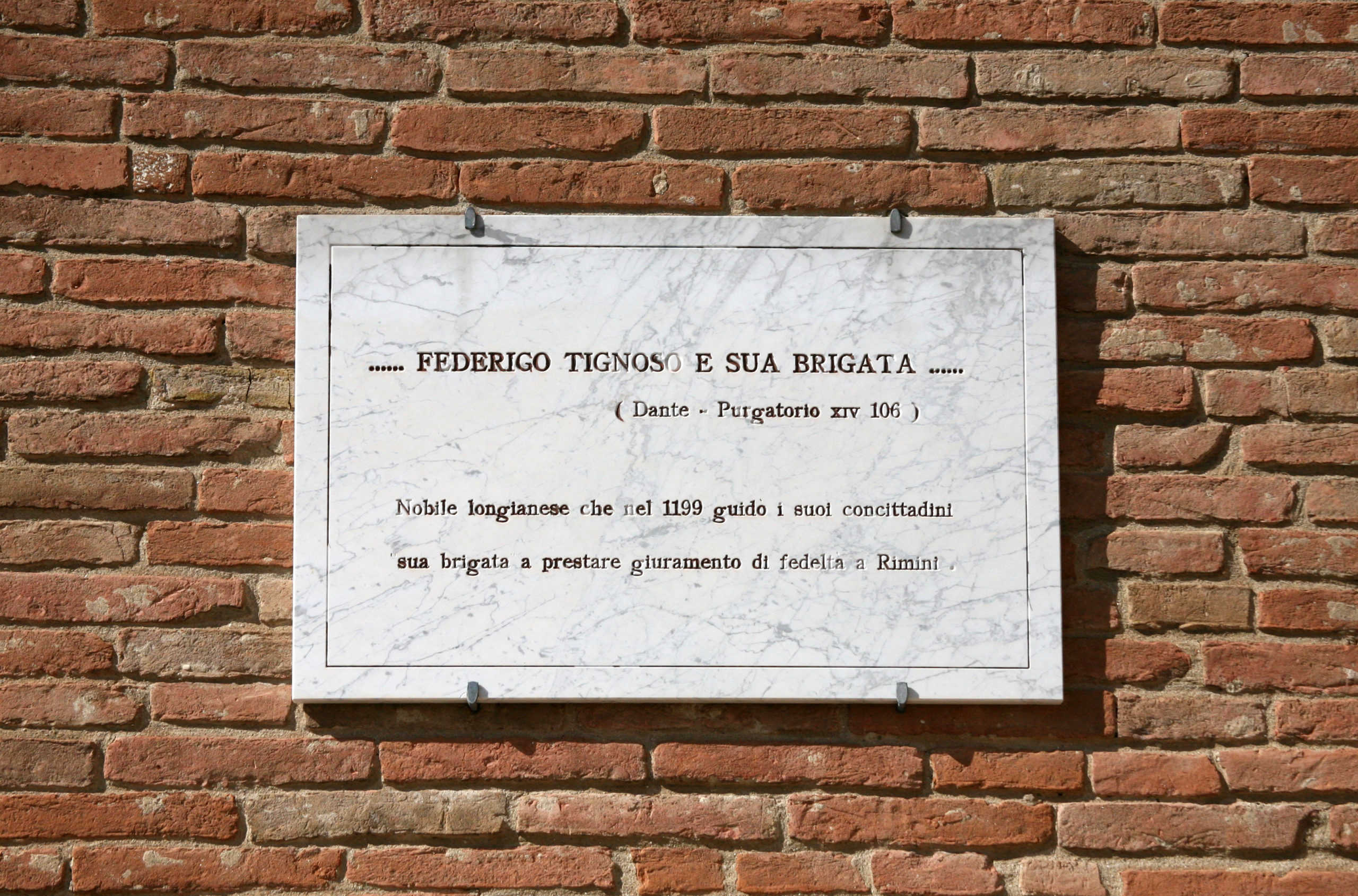 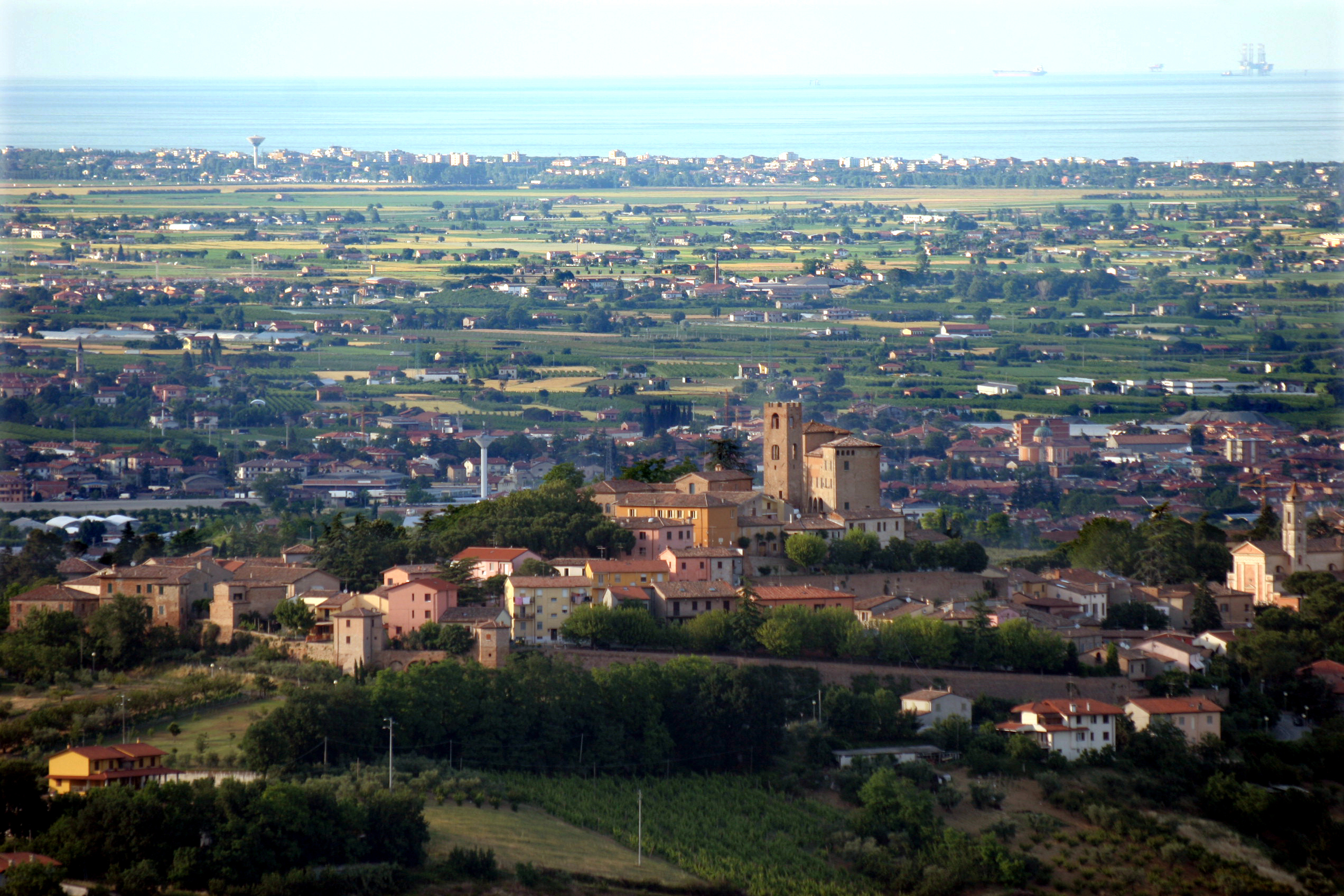 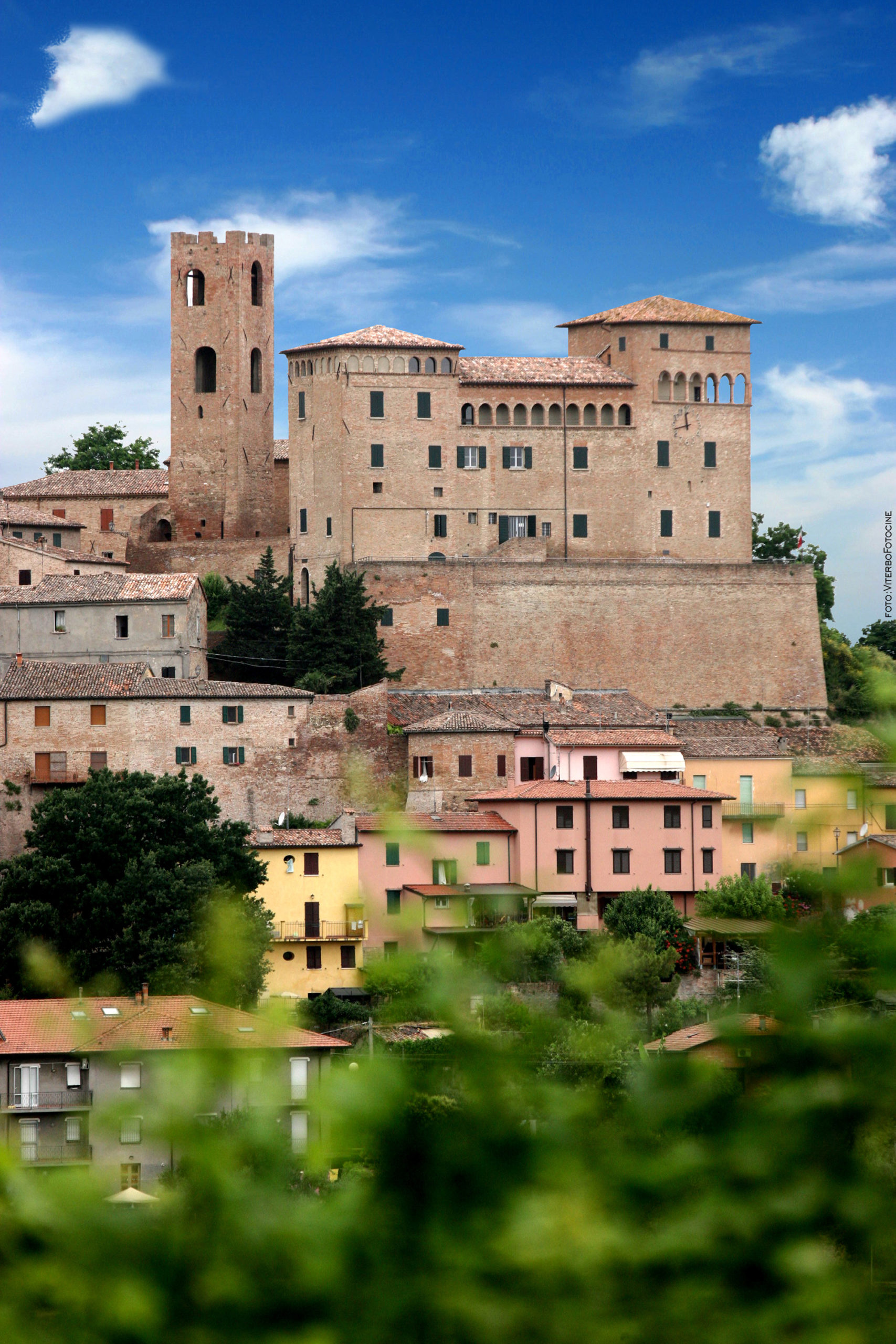