Forlì is a city of many different styles which come together to produce architectural backdrop of undeniable charm. It has a touch of the Middle Ages, a touch of neoclassicism and a rationalist accent. On the other hand the Renaissance makes itself known in the works of Marco Palmezzano, which are scattered throughout the city.
The beating heart of the historic centre since the remote past has been the immense Piazza Aurelio Saffi. Its porticoed sides create a sort of theatre of city life, like stages representing the passage of the centuries. Among its most prestigious monuments is the Abbey of San Mercuriale, which is overlooked by its imposing bell tower (over 70 metres high). The centre of the square is dominated by the statue of Aurelio Saffi.
The city is known for two great artists: Melozzo da Forlì and his pupil Marco Palmezzano.
The San Domenico Civic Museum has dedicated an extensive exhibition of masterpieces to Palmezzano, alongside other sublime artworks such as the Fiasca con fiori (Vase with Flowers), one of the most significant still lifes of the 17th century Italy, the beautiful painting La Dama dei gelsomini (The Lady of the Jasmines) by Lorenzo di Credi and the Hebe by Antonio Canova, a dazzling, magnificent sculpture of boundless beauty.
Forlì is also the city of Caterina Sforza, who wanted it to be modelled in her image and likeness: strong, tenacious, imaginative and energetic. Today the Rocca di Ravaldino immortalises her memory.
20th-century art can be found in unmissable venue in Forlì: the Civic Museum of Palazzo Romagnoli, which houses the Verzocchi Collection, which contains over seventy paintings, all centred around the theme of work, bearing the signature of the greats of the twentieth century: De Chirico, De Pisis, Guttuso, Carrà, Soffici, Capogrossi, Depero, etc. The architecture of the early 20th century is embodied in the imposing building of the former Aeronautical College, designed by Cesare Valle, a textbook example of rationalist architecture. Inside the museum are the Mosaici del Volo (Flight Mosaics) by Angelo Canevari, which provide a true history of flight, from Icarus up to the Fascist period.
A few kilometres from Forlì, set in a green park in San Varano, there is the Villa Saffi, the home of Aurelio, the great politician who was a close friend of Mazzini and triumvir of the Roman Republic.
All this can be found in Forlì, a city where the ideal unleashes the imagination and the ordinary becomes extraordinary. 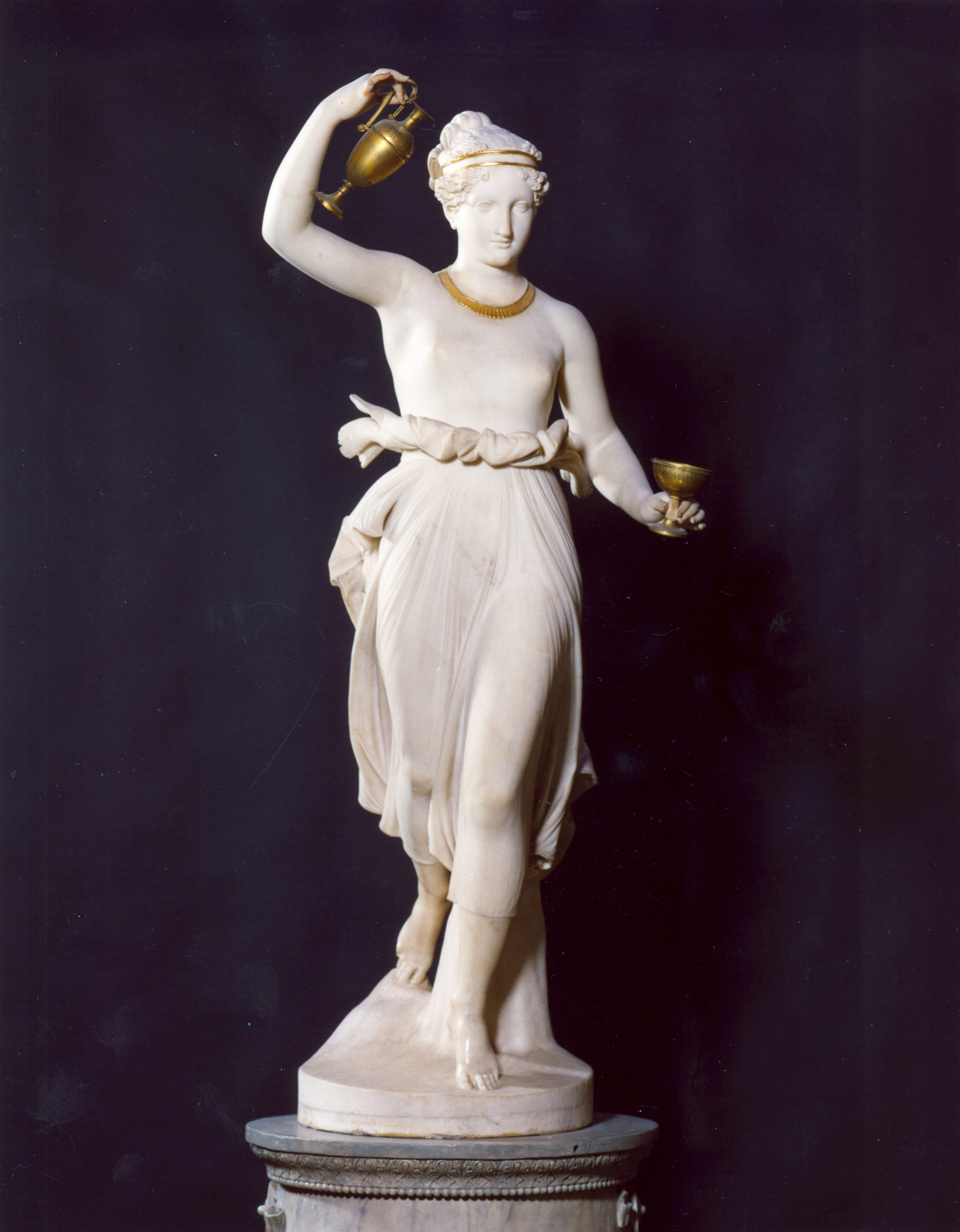 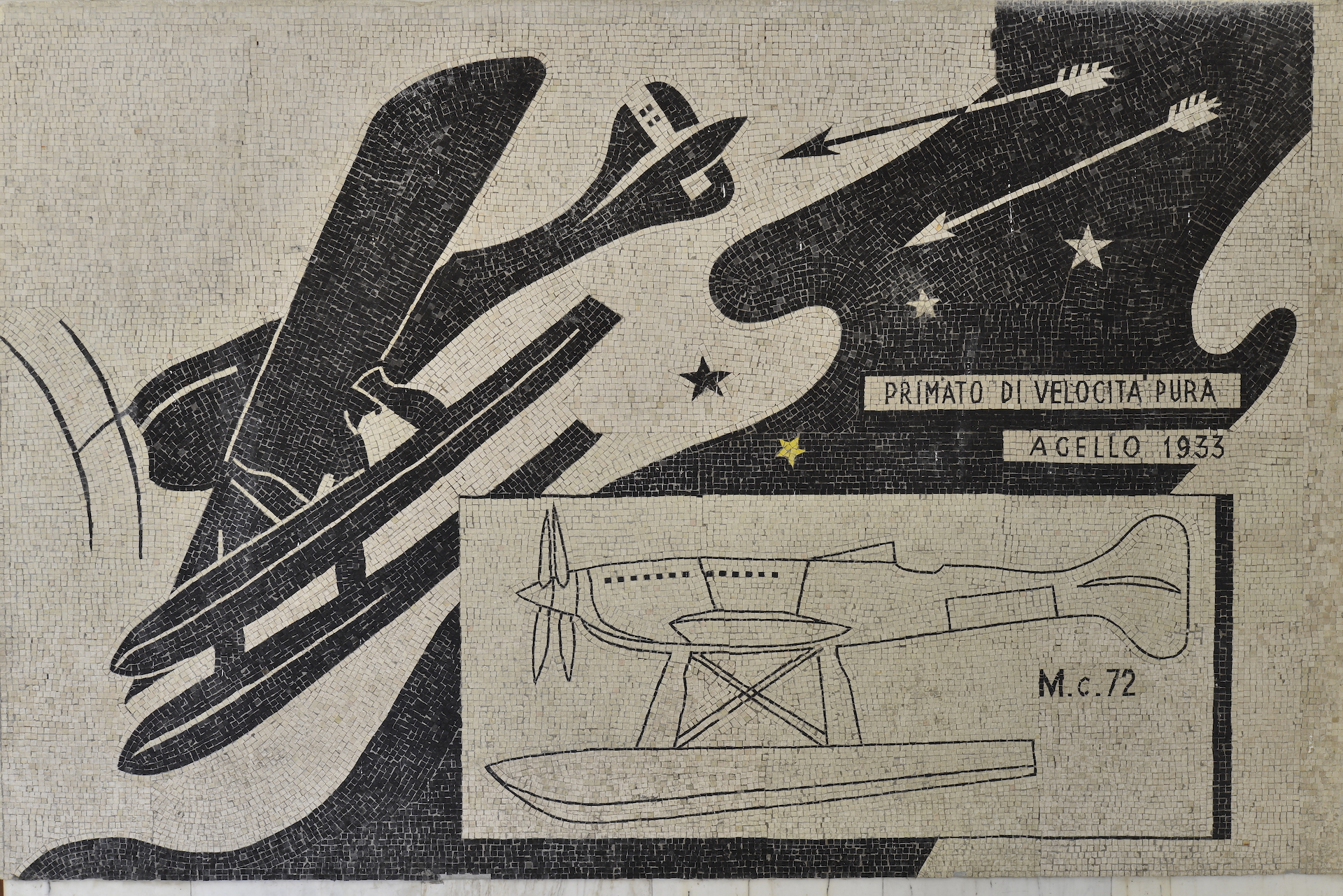 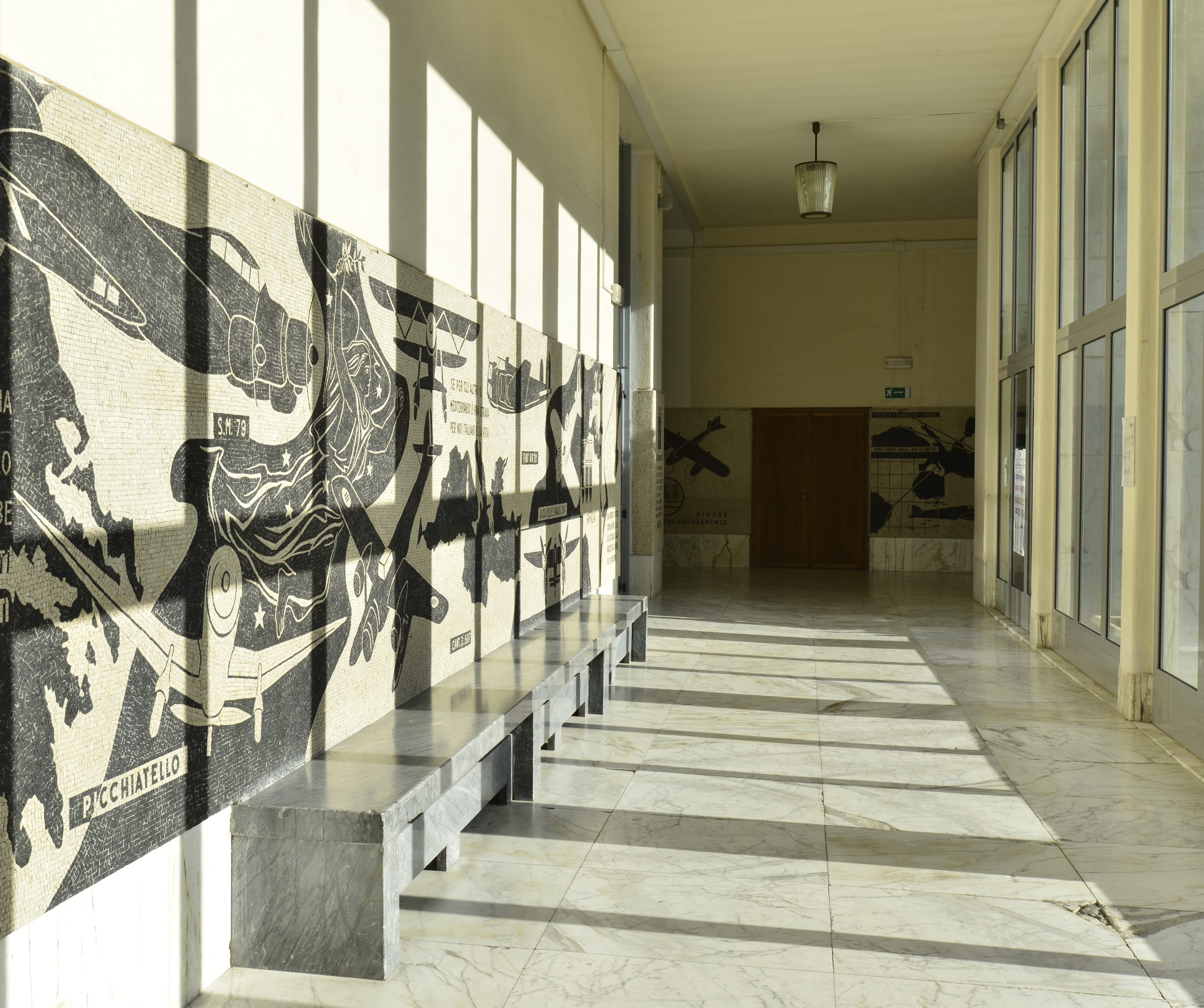 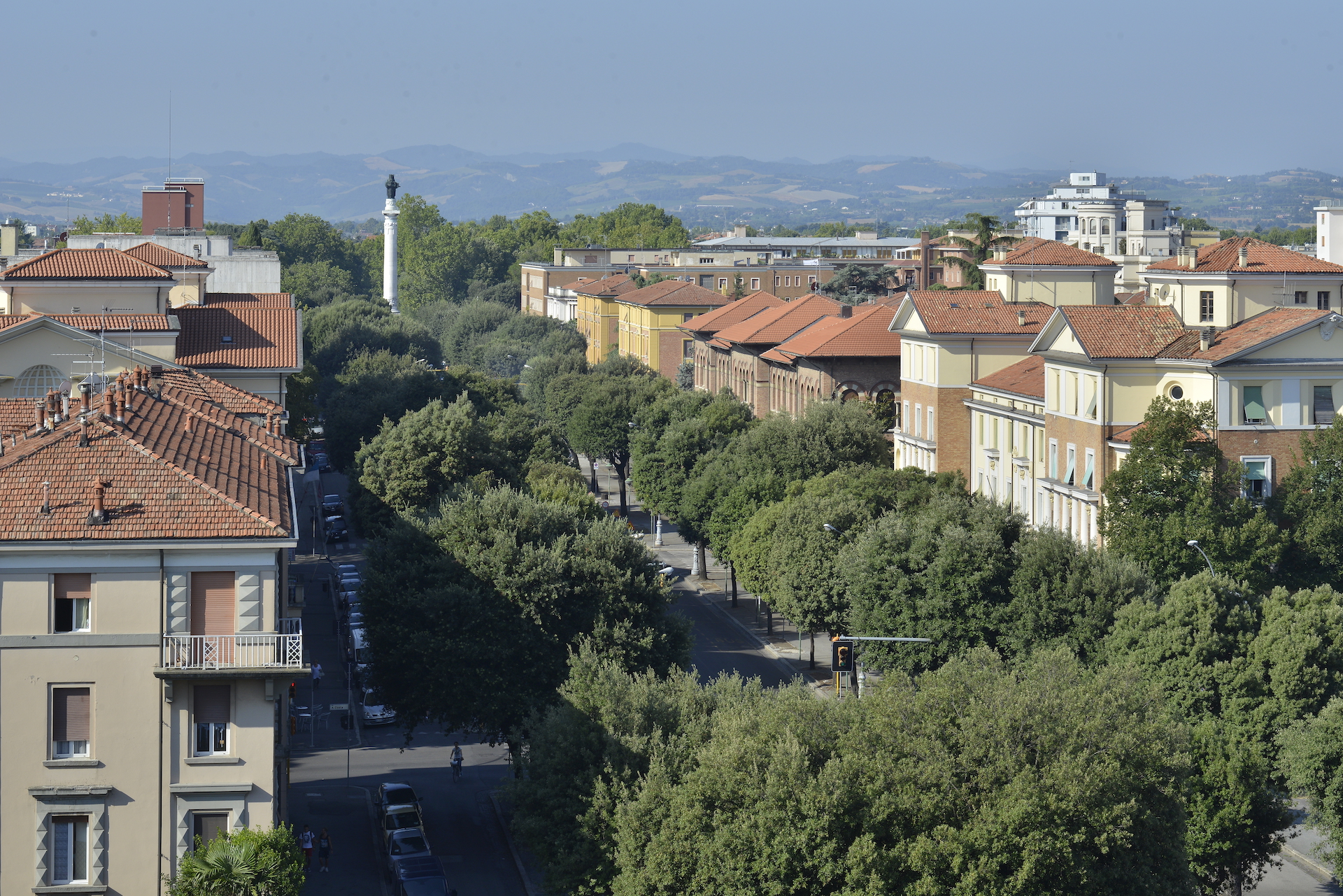 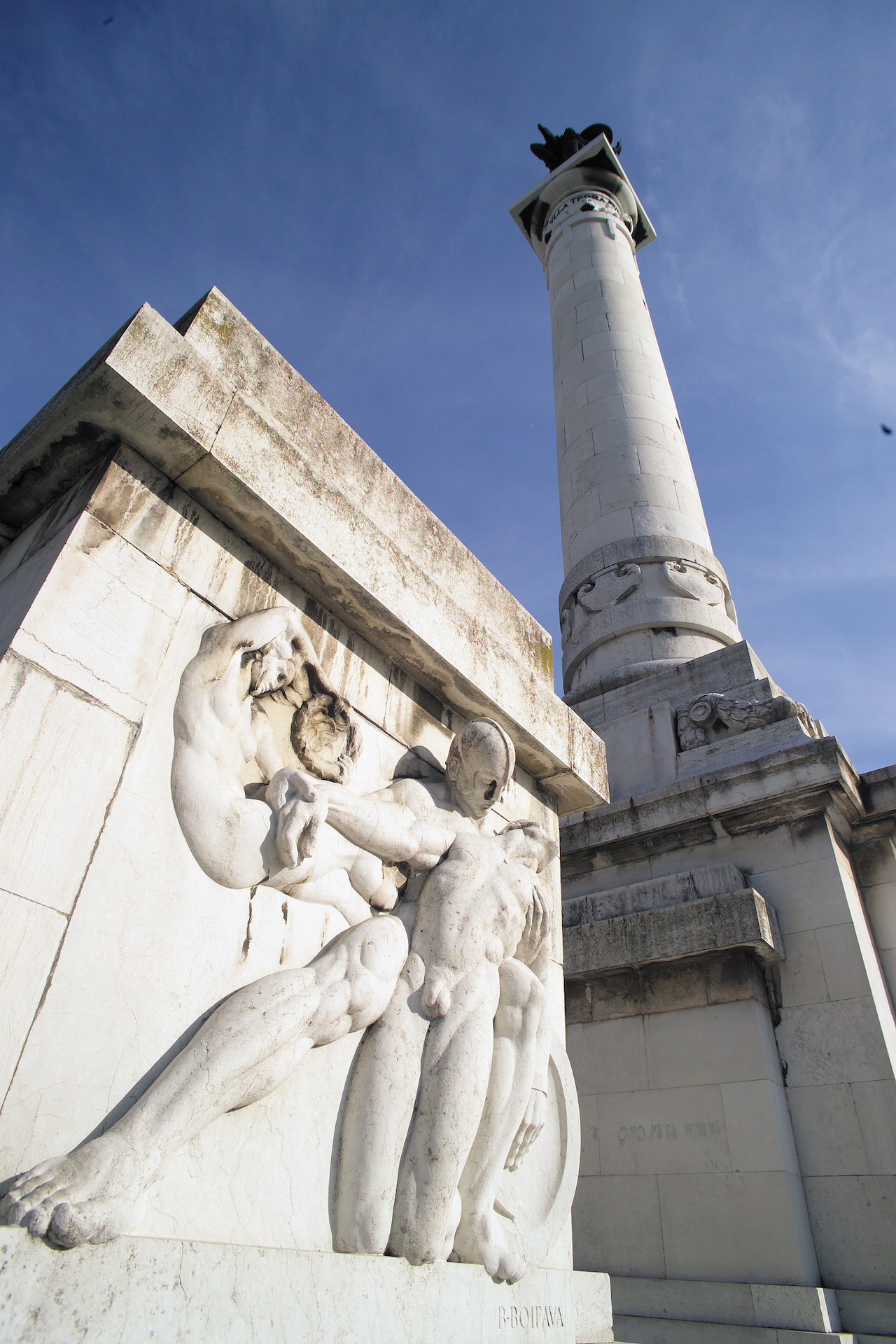 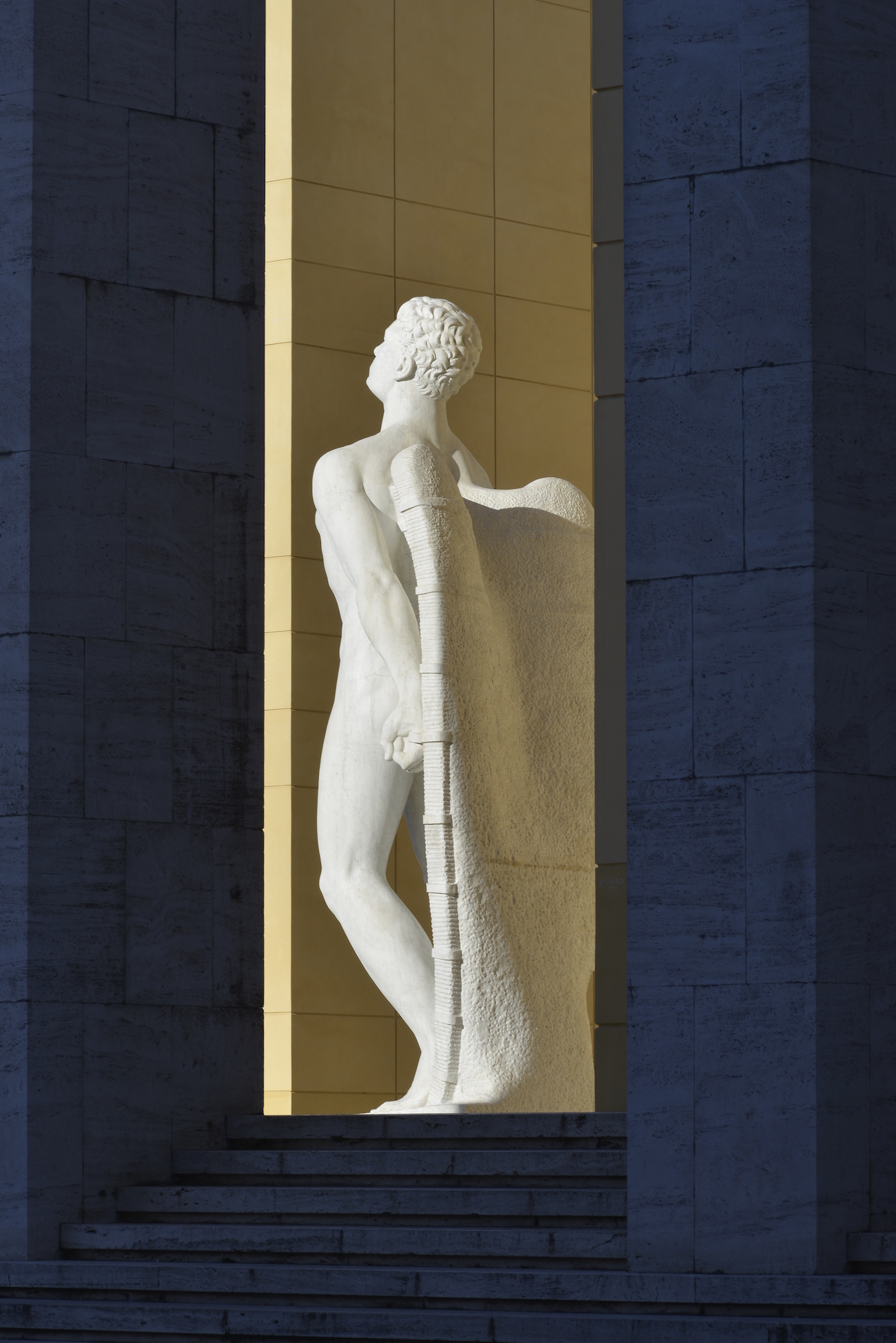 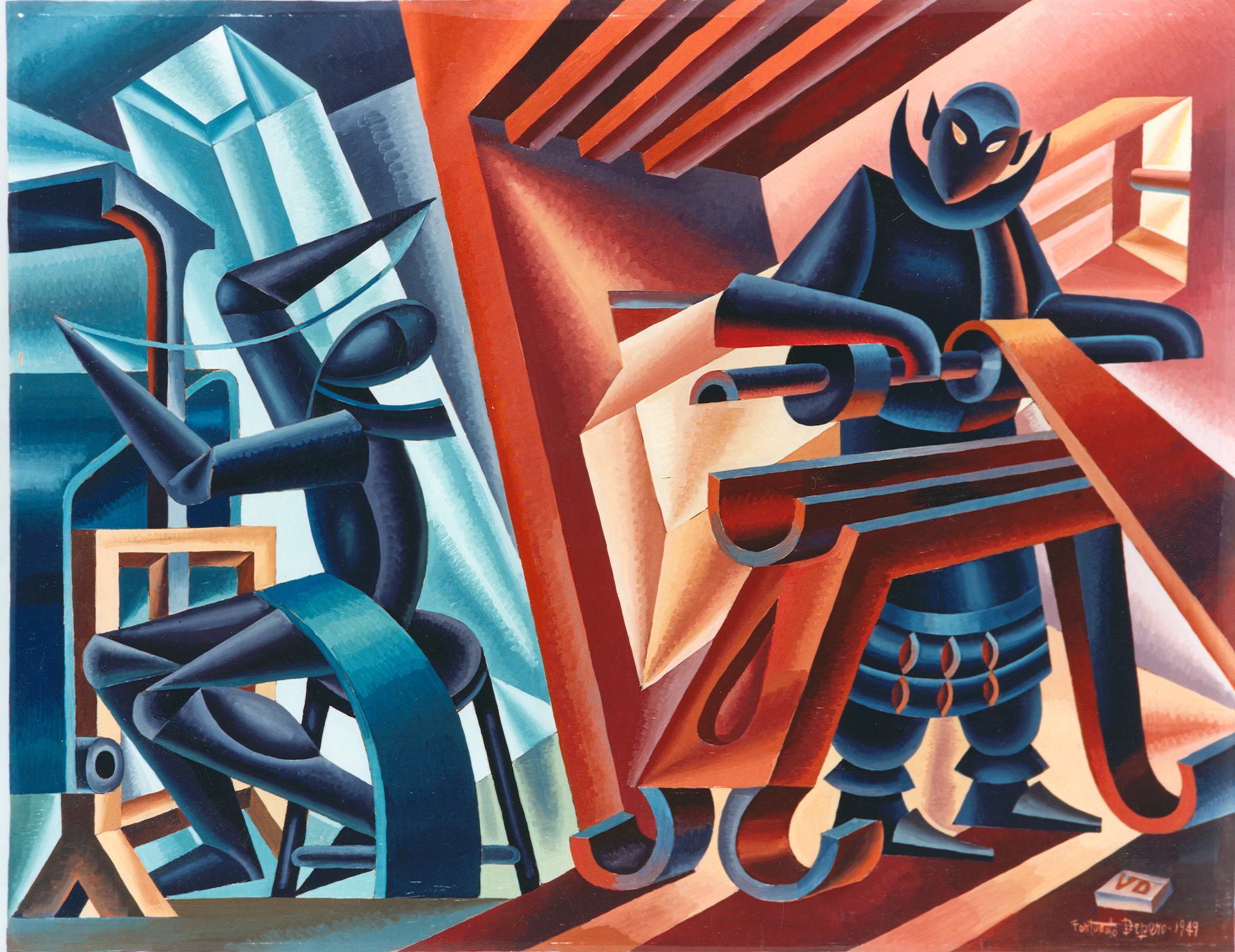 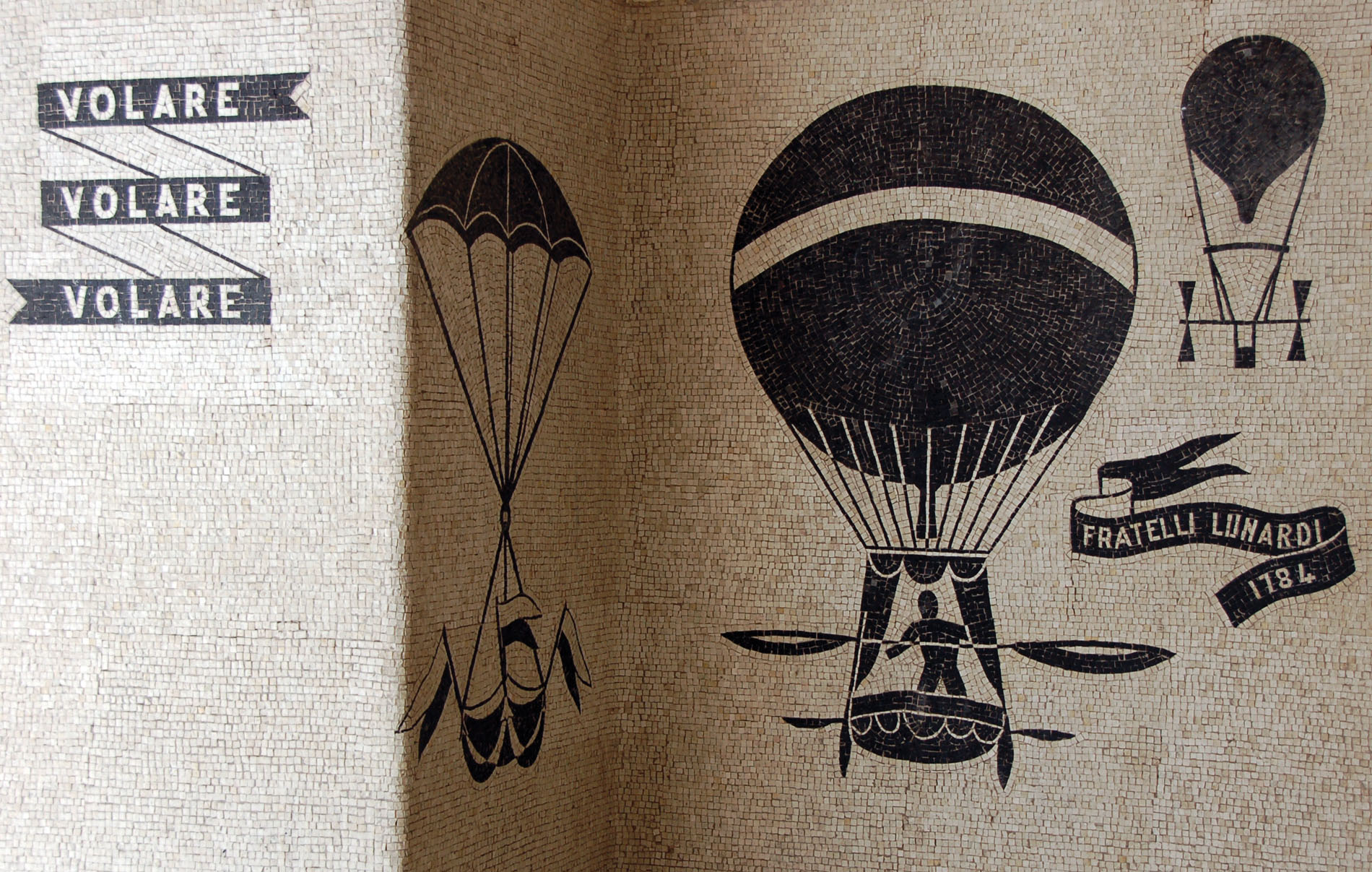 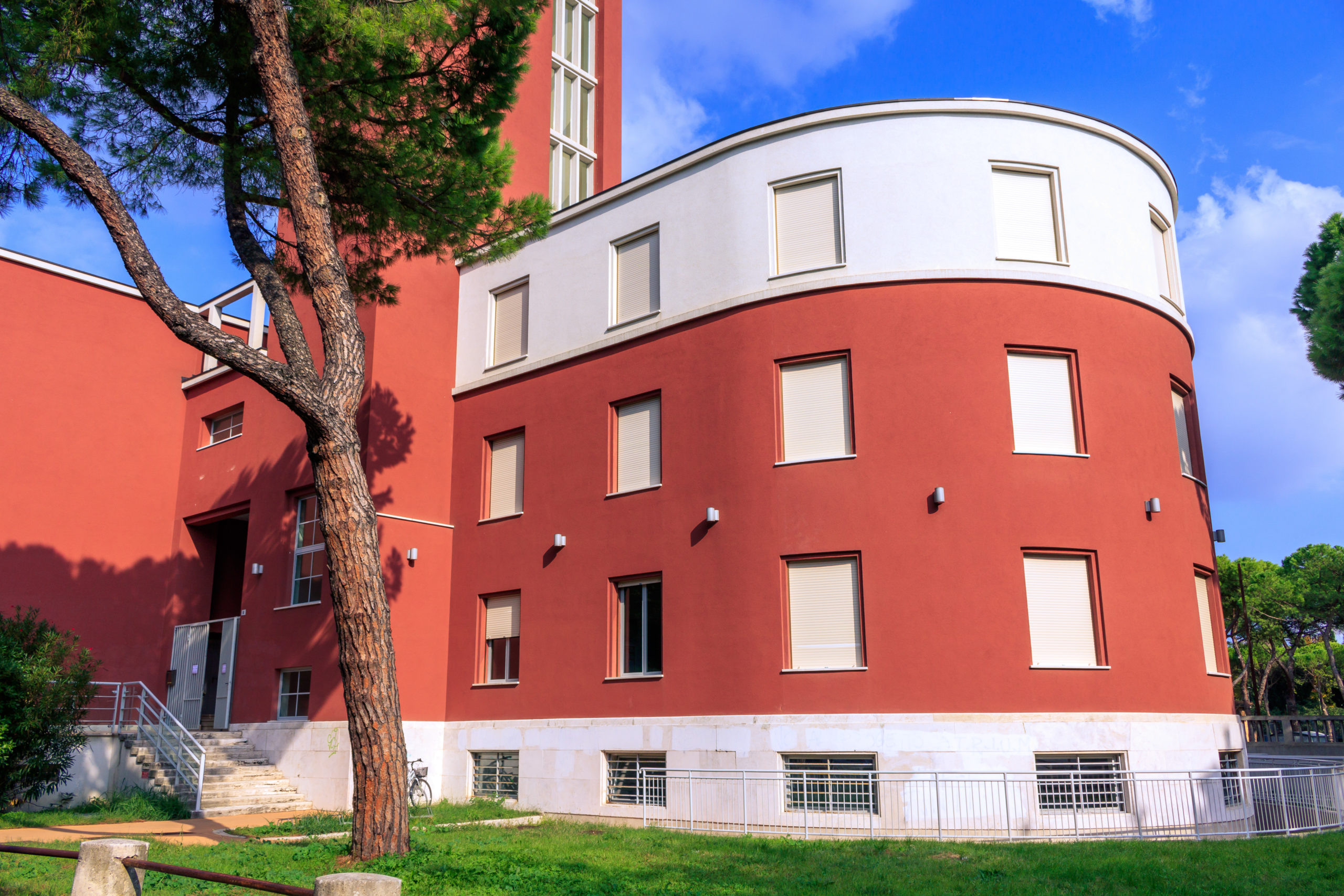 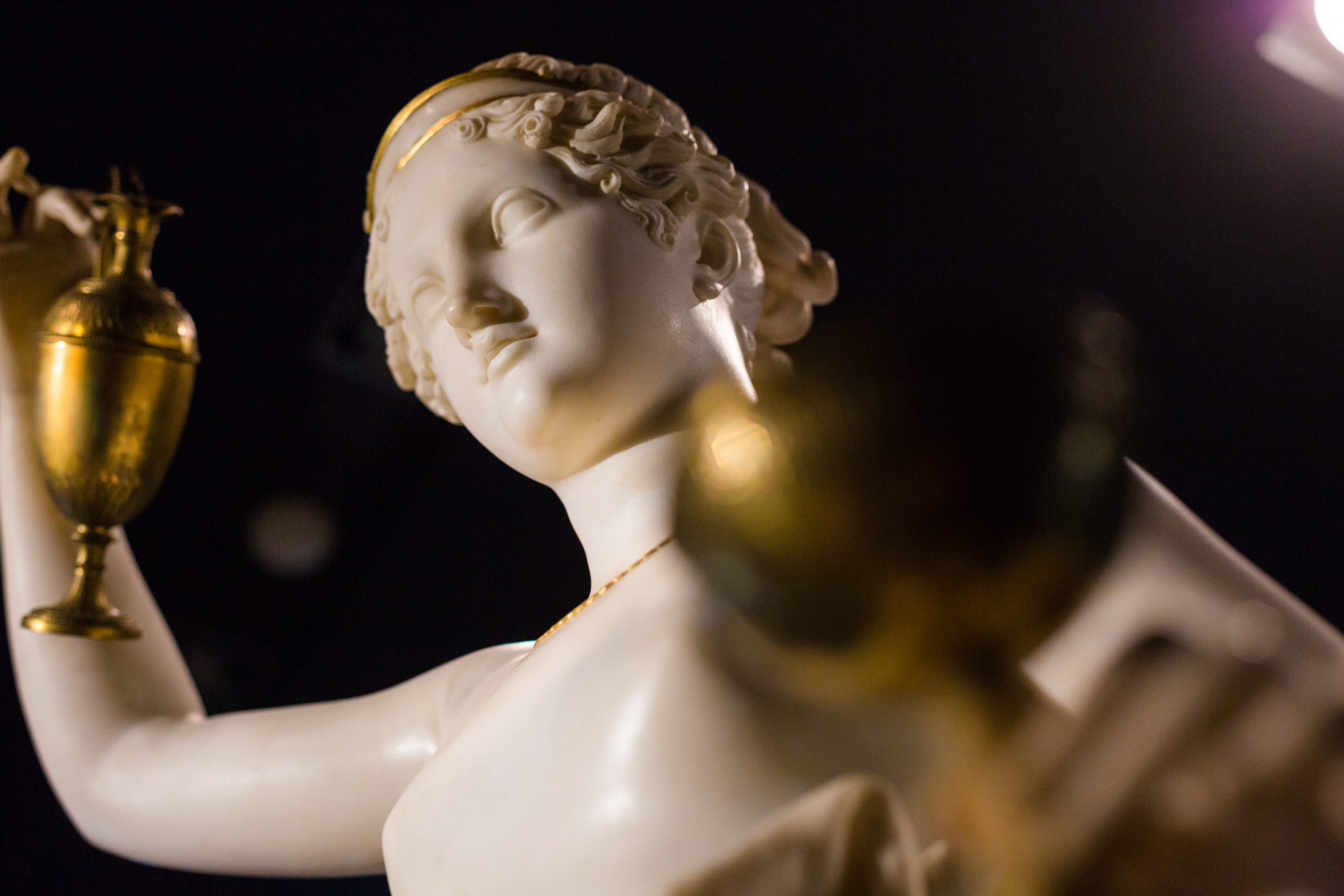 The city of Forlì holds the banner of quality food high with its signature products. The piadina, the undisputed queen of the Romagna table, became an IGP product in 2014 and is the most popular traditional product in the Forlì area. The culinary journey in the Romagna region starts from the first course with cappelletti, tortelli stuffed with ricotta, spinach and parmesan, but also tagliatelle, strozzapreti and passatelli. Also on the platter are cold cuts of Mora Romagnola, soft cheeses such as squacquerone and raviggiolo accompanied by saba, savor and delicious caramelised figs. The traditional menu is round off with prestigious wines from the Forlì area: Sangiovese, the first wine from Romagna to have received the DOC recognition in 1967, Trebbiano, Pagadebit, Albana and Cagnina. The latter accompany the typical “loverie”: doughnuts and chestnuts.
Absolutely not to be missed is the oval-shaped sweet focaccia with aniseed, the so-called piadina della Madonna del Fuoco (prepared on 4 February to commemorate the patron saint of Forlì).

San Domenico Civic Museum – Art Collections
The building
The San Domenico complex consists of the church, a first cloister which is adjacent to it and completely enclosed and a second cloister, open on one side.

The original church (13th century) was smaller than the existing one. The later Renaissance expansion extended the hall with the progressive advancement of the façade and the addition of chapels, up to the present situation, which is a result of the renovation completed in 1704. During the Napoleonic period, the church was expropriated for military purposes and then was finally acquired by the State in 1866-67. From that moment on, the monumental complex went through a period of neglect that only came to an end in the 1990s with the beginning of its full restoration and its use as a civic museum and a venue for major exhibitions.
The Collections
Among the cloisters and long corridors of the Museum are masterpieces such as the dazzling and splendid Hebe, a supreme work by Canova, the Fiasca con fiori (Vase with Flowers), one of the most significant still lifes from 17th-century Italy, the extraordinary Dama dei gelsomini (Lady of Jasmines) by Lorenzo di Credi, emblematic portrait from the Italian Renaissance and a core group of masterpieces by Marco Palmezzano, including the sublime Annunciation. There are also works by Beato Angelico, Lorenzo di Credi, Rossellino and Cagnacci

The Museum also exhibits the prestigious Pedriali Collection, which boasts alongside some Flemish painters, including Ferdinand De Braekeleer and Eugene Verboeckhoven, the large canvas Buoi al carro (Oxen at the Cart) by Giovanni Fattori, Christ and the Adulteress by Alessandro Magnasco, the Natura morta di frutta (Still Life With Fruit) by Gaetano Luciani and two still lifes by Giovanni Crivelli.
Palazzo Romagnoli Civic Museum – 20th Century Collections
The Building
The palace takes its name from the Romagnoli family, originally from Cesena, who settled in Forlì in 1806 when Lorenzo Romagnoli became prefect of the city during the French administration.

The building, which was sold by the family to the Municipality in 1965, was used by the Army for a long time as the headquarters of the military district of the Province of Forlì, for military service medical examinations.
In its present form, Palazzo Romagnoli is the result of the combination of several pre-existing building units into a single architectural structure.
The ceilings of the ground floor and those of the main floor, which can be accessed by the grand staircase, are entirely decorated in a “transitional” style combining the baroque and the neoclassical, partly attributable to Felice Giani’s studio.
The Collections
The museum houses the Civic Collections of the 20th century.

The ground floor is dedicated to a permanent exhibition of the Verzocchi Collection, born from the passion of Giuseppe Verzocchi (1887-1970), an entrepreneur from Forlì. The Collection brings together some seventy major paintings by Italian artists belonging to different generations and different artistic movements, from Guttuso to Donghi, from Campigli to De Chirico, from De Pisis to Depero, all united by a single theme: work.
The visit continues on the first floor with oil paintings and engravings by Giorgio Morandi from the Righini Donation, sculptures by Adolfo Wildt linked to the figure of Raniero Paulucci di Calboli and a selection of paintings and sculptures from 20th century Forlì.
Abbey of San Mercuriale
The building
Dedicated to the first Bishop of Forlì, the Lombard-Romanesque Abbey of San Mercuriale (1178 – 1181) is an extraordinary example of a monument of religious, artistic and civil value.

Overlooked by an imposing Lombard-style bell tower (over 70 metres high), it was built on the remains of the 6th-century parish church of Santo Stefano. Its current appearance is the result of extensive restoration work in the early decades of the 20th century.
The façade houses an absolute masterpiece: the lunette of the portal is embellished with a high relief, datable to the beginning of the 13th century, Sogno e realizzazione dei Magi (Dream and Realisation of the Magi), attributed to the Maestro dei Mesi of Ferrara. This sculptural work is believed to be one of the earliest sculpted nativity scenes.
The interior
The interior of the church has a basilica layout and, is divided into three naves.
Numerous artistic masterpieces are housed inside. The Funeral Monument to Barbara Manfredi (1466) by Francesco di Simone Ferrucci da Fiesole stands out due to the refinement of its design and decoration.
There are several altarpieces by Marco Palmezzano of exceptional merit, such as the remarkable Madonna and Child and Saints John and Catherine of Alexandria, the extraordinary Immaculate Conception with Saints Augustine, Anselm and Stephen and the exquisite Crucifix, Saints John Gualbert and Magdalene.
Former Aeronautical College. Flight Mosaics
The building
The imposing building, designed by the architect Cesare Valle (1902-2000), is a fine example of rationalist architecture.

Designed to accommodate up to four hundred students from the Aeronautical College, it is divided into two blocks: a block on Via Roma, originally intended for residential purposes, and a block on Piazzale della Vittoria, dedicated to educational and sporting activities.
The complex has been home to educational institutions since the Second World War. The front of the building facing Piazzale della Vittoria is dominated by the imposing statue of Icarus, in white Carrara marble, which is the work of Francesco Saverio Palozzi.
The Flight Mosaics
Inside the building the Mosaici del Volo (Flight Mosaics) are kept, a large mosaic cycle that decorates the walls of the Cortile Italico, based on drawings by Viterbo painter Angelo Canevari (1900-1954), who was member of the Futurist Aeropainting movement from the early 1930s onwards.
Canevari’s vast black and white mosaic decoration is a unique in the contemporary panorama of works of art dedicated to the subject of feats of flight due to the very large size of the mosaic surface and its highly scenographic character. It is a major work that truly provides an account of the history of flight, from Icarus and Leonardo’s flying machines, through the pioneering feats of aviation in the following centuries to the experiences of flying in times of peace and war during the Fascist period.
“Franco Agosto” Urban Park
Just a few hundred meters from the central Piazza Saffi, it is well worth spending time at the “Franco Agosto” Urban Park, a unique green area in Italy due to its perfect integration with the historic centre of Forlì and the San Domenico Museum complex (near which is one of the entrances to the park), the variety of trees and shrubs and its size of over 20 hectares.

In the park there are numerous species of animals living in the wild, refreshment areas, children’s playgrounds, sculpture groups along the avenues, areas for sports activities and a pond from which it is possible to admire beautiful sunsets. Finally, during the warmer seasons, it is traditional to watch the lively games of Maraffone, a card game typical to the Forlì area. 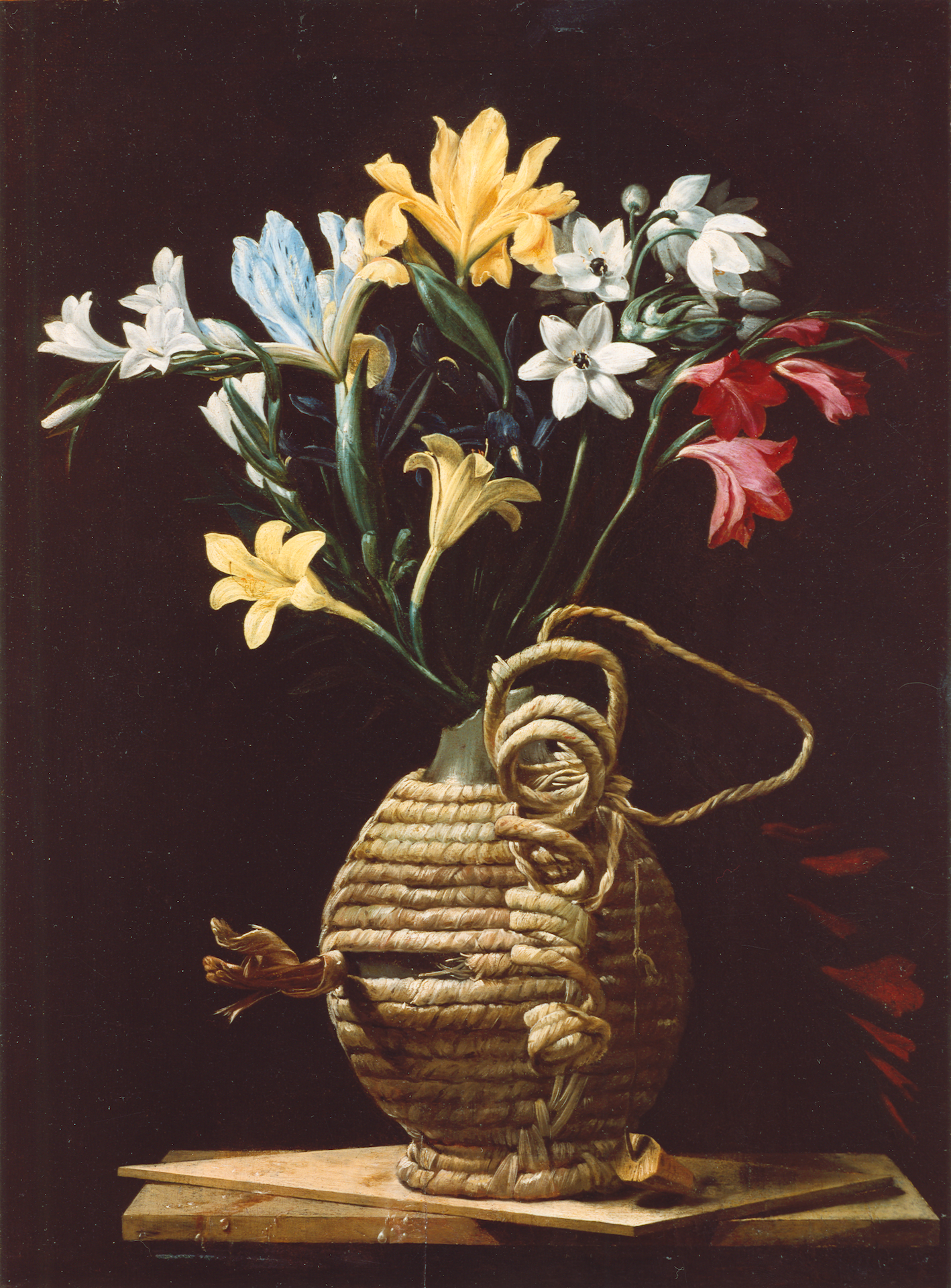 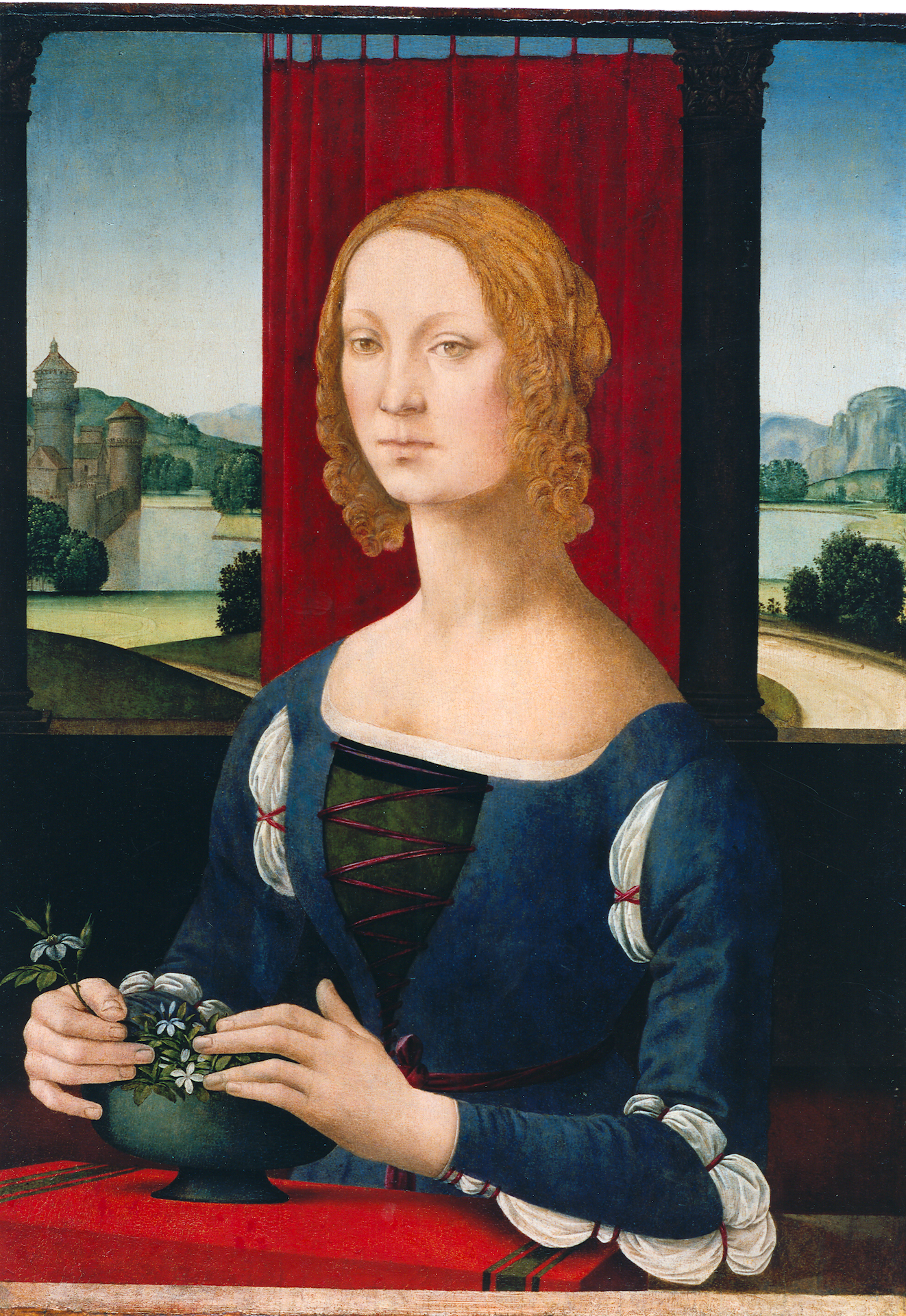 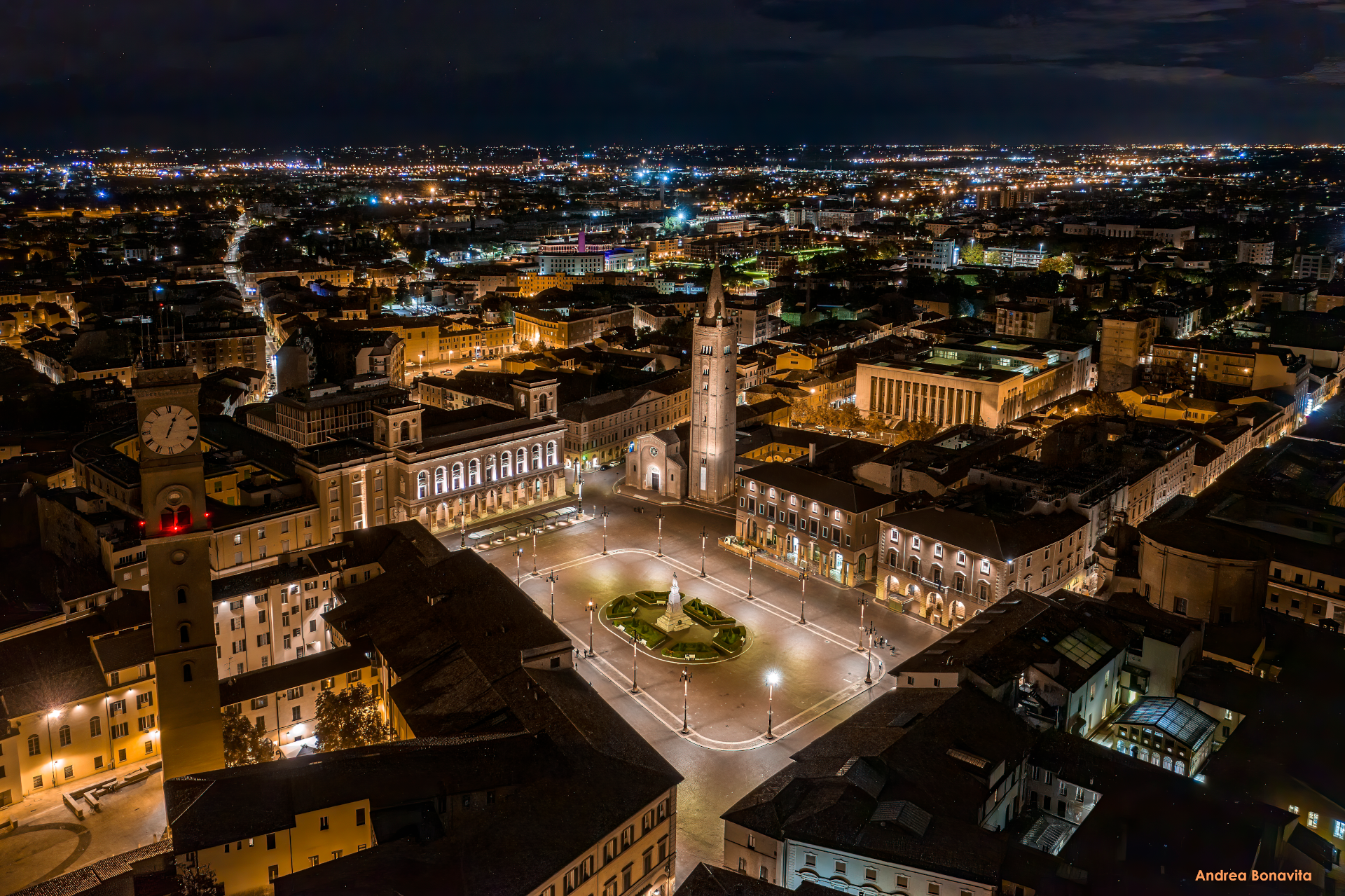 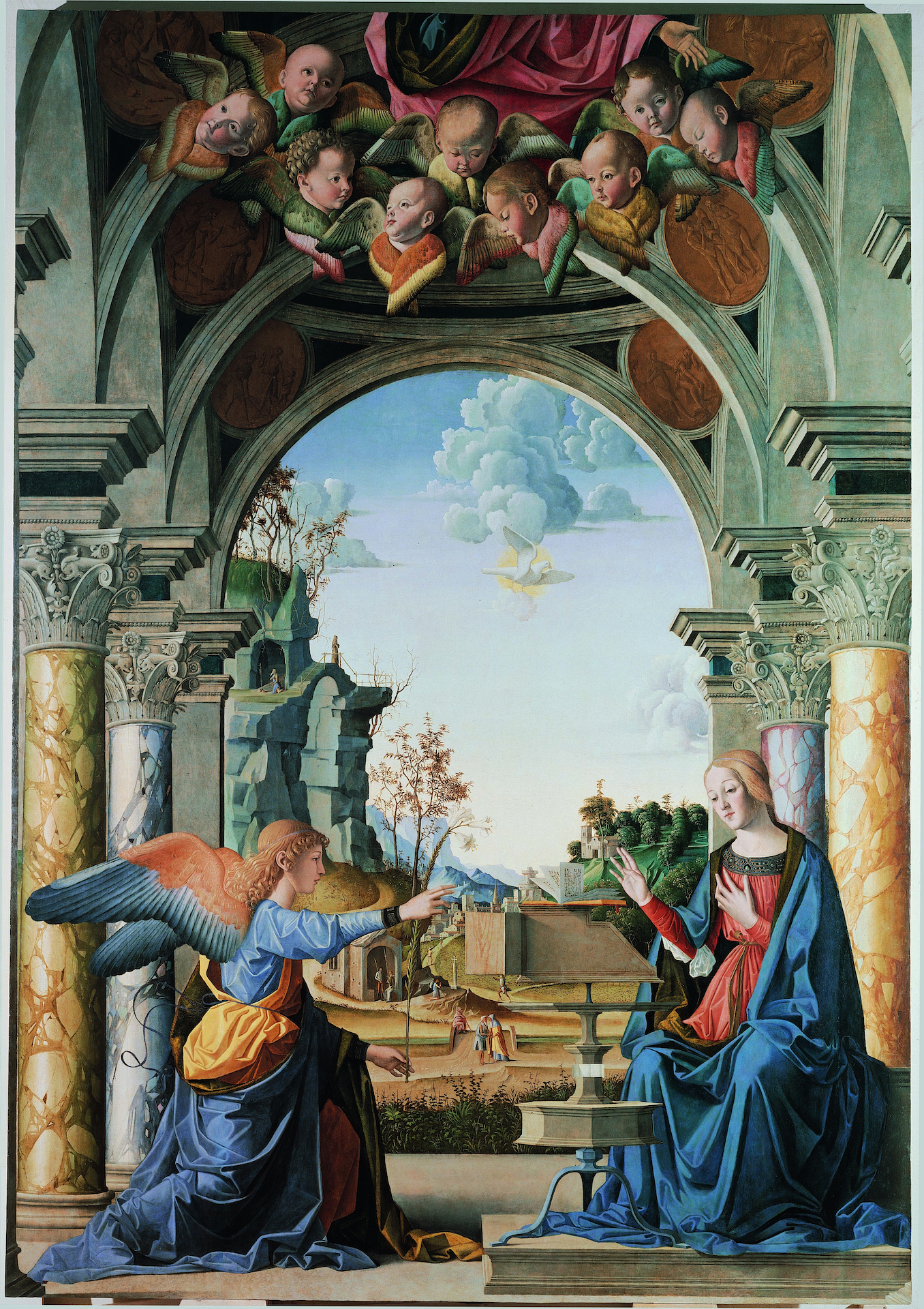 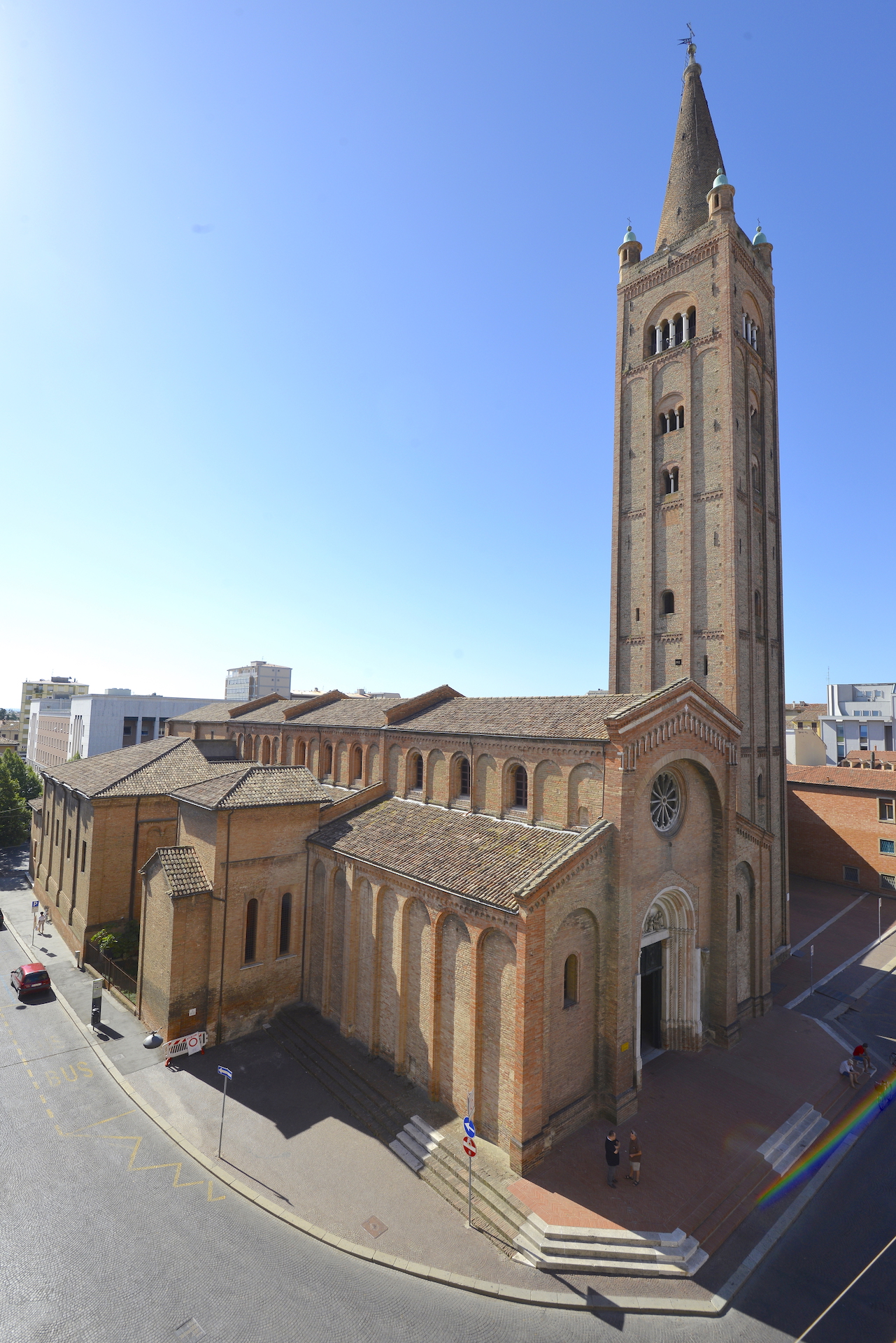 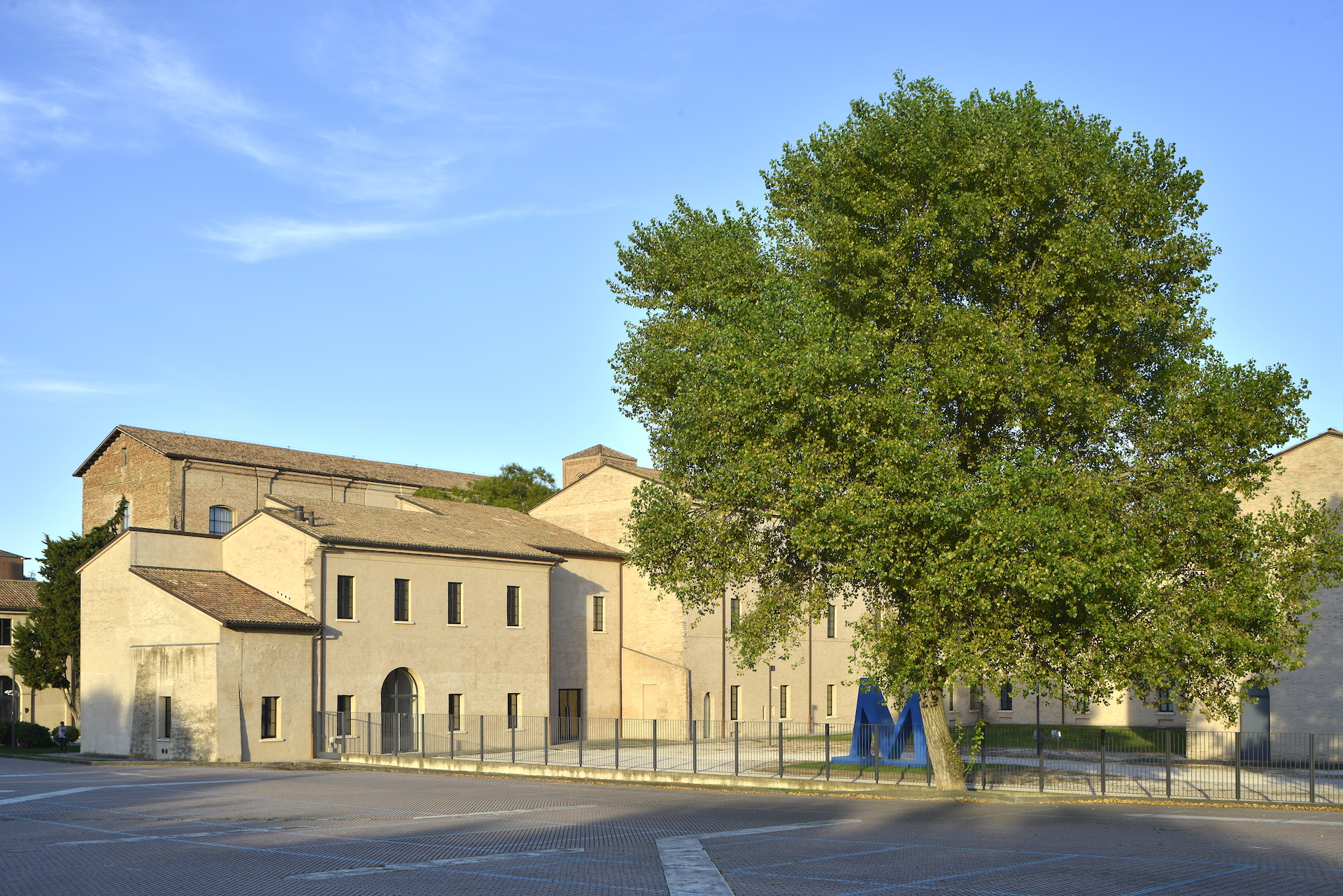