The city with its side bathed by the Savio,
just as it lies between the plain and mountain,
3lives somewhere between tyranny and freedom.

Between the green hills and the plain, Cesena enjoys the prestige of being explicitly mentioned by the Supreme Poet in the Divine Comedy: in Dante’s time it appeared to be halfway between two worlds, the free municipality of the early Middle Ages and the other towns in the area already subjected to the seignories, a condition of instability that would later see it pass from an increasingly tired and weak municipal regime to alternating “foreign” seignories such as those of the Montefeltro, Polenta and Ordelaffi families.
From the end of the 14th century, Cesena experienced the peak of its splendour under the Malatestas. During a hundred years of their rule, they left an indelible mark on the city, expanding it, building the fortress and its walls with their original scorpion-shaped perimeter, which are still well preserved, and above all establishing the Malatesta Library. With the end of the short-lived duchy of Cesare Borgia, of which it was the capital, Cesena returned under the direct rule of the Papal States, and gave birth to two popes, Pius VI Braschi and Pius VII Chiaramonti.
Dante’s comparison also describes the peculiar geographical location well: in the centre of Romagna, a short distance from the Adriatic coast and the mountains of the Tuscan-Romagna Apennines, bordered by the Savio river, between the plain and the Garampo hill.
A walk through the streets of the delightful historic centre reveals glimpses of great beauty, starting from Piazza del Popolo, with the Masini Fountain, a splendid example of late 16th-century Mannerism, to the embrace of the Parco della Rimembranza that surrounds the fortress: step by step, you can visit the many treasures of art and culture that the town has to offer.
Today Cesena is one of the major centres of interest in Romagna and welcomes visitors seeking an experience of history, landscape and good living. 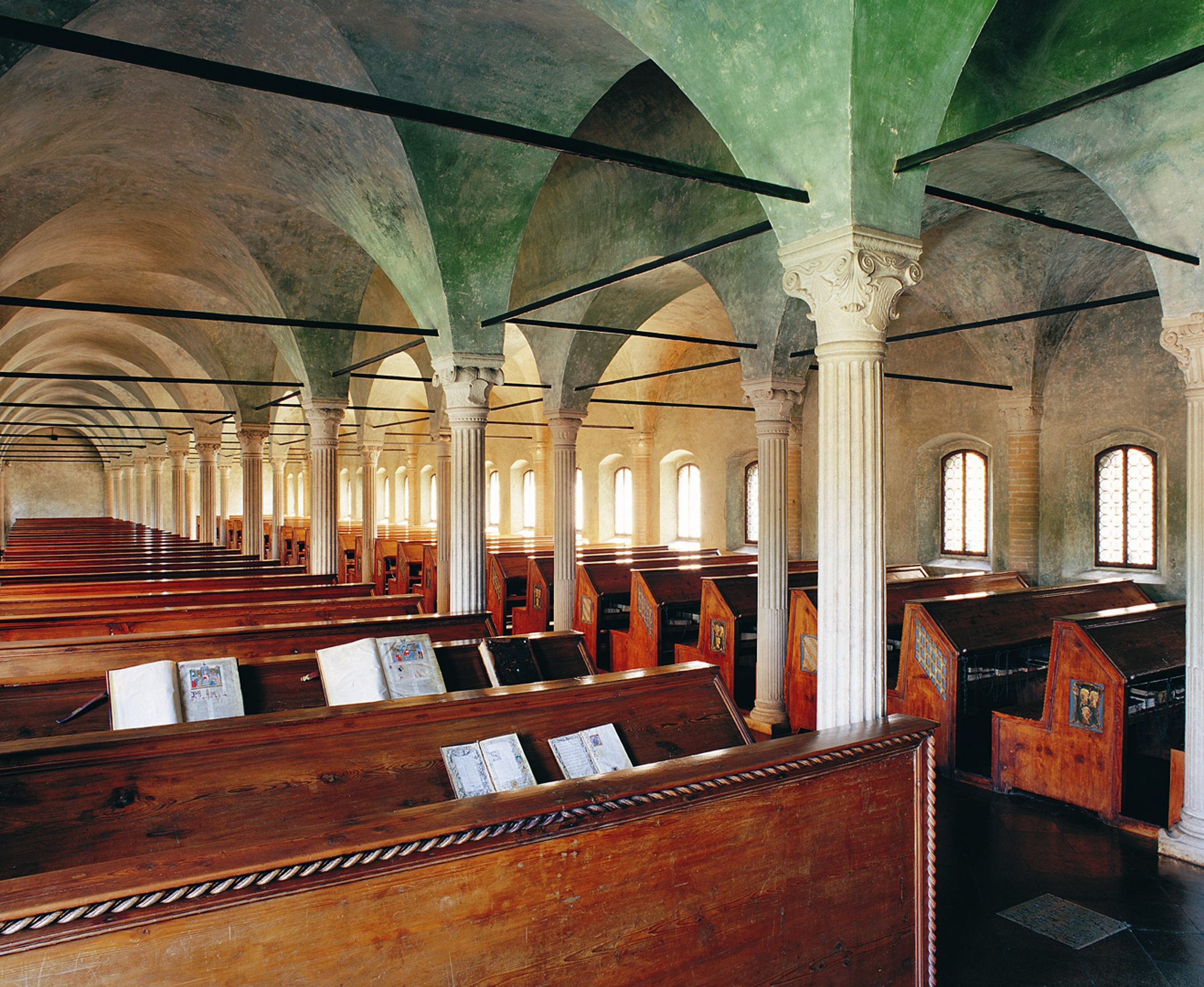 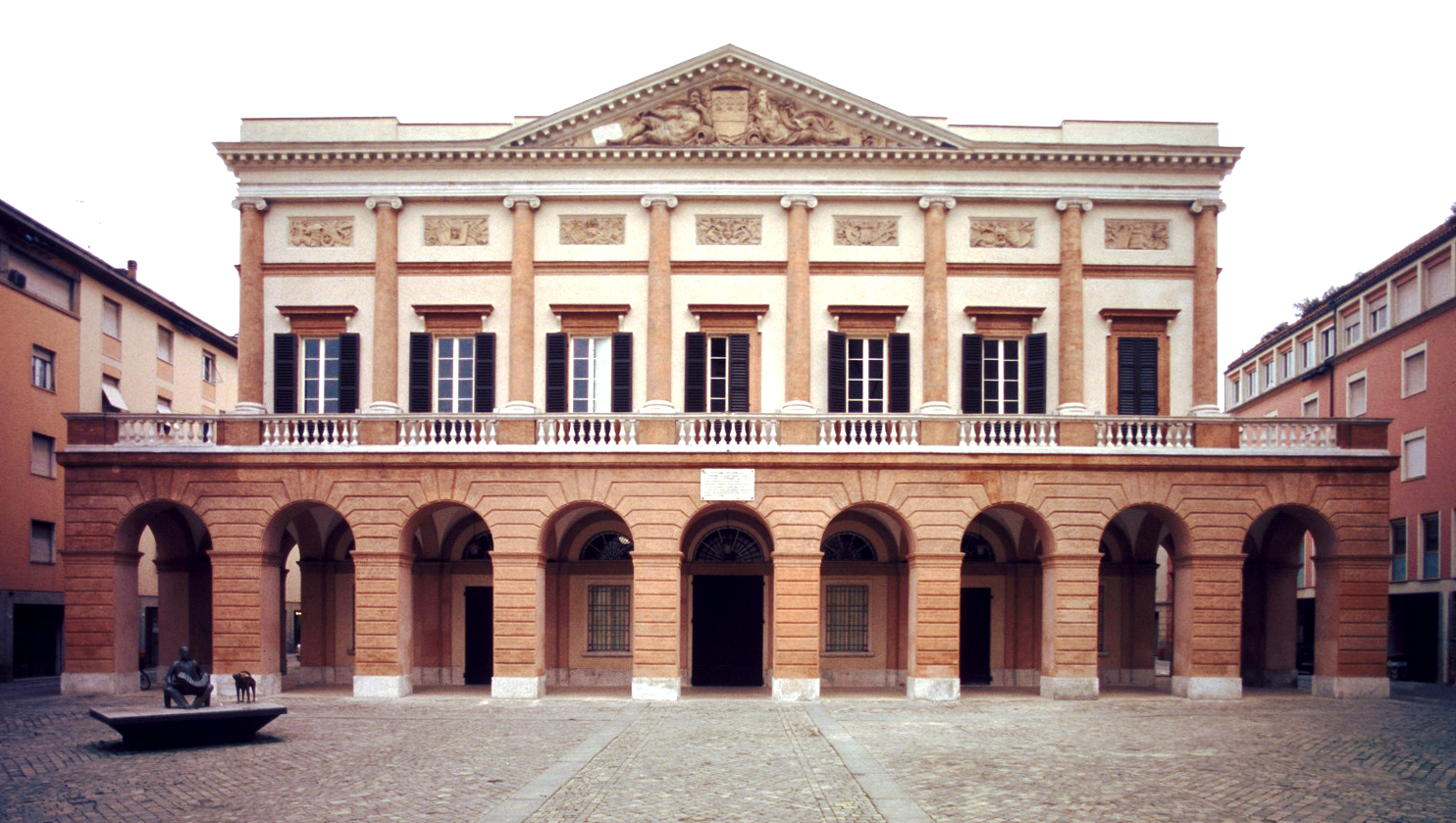 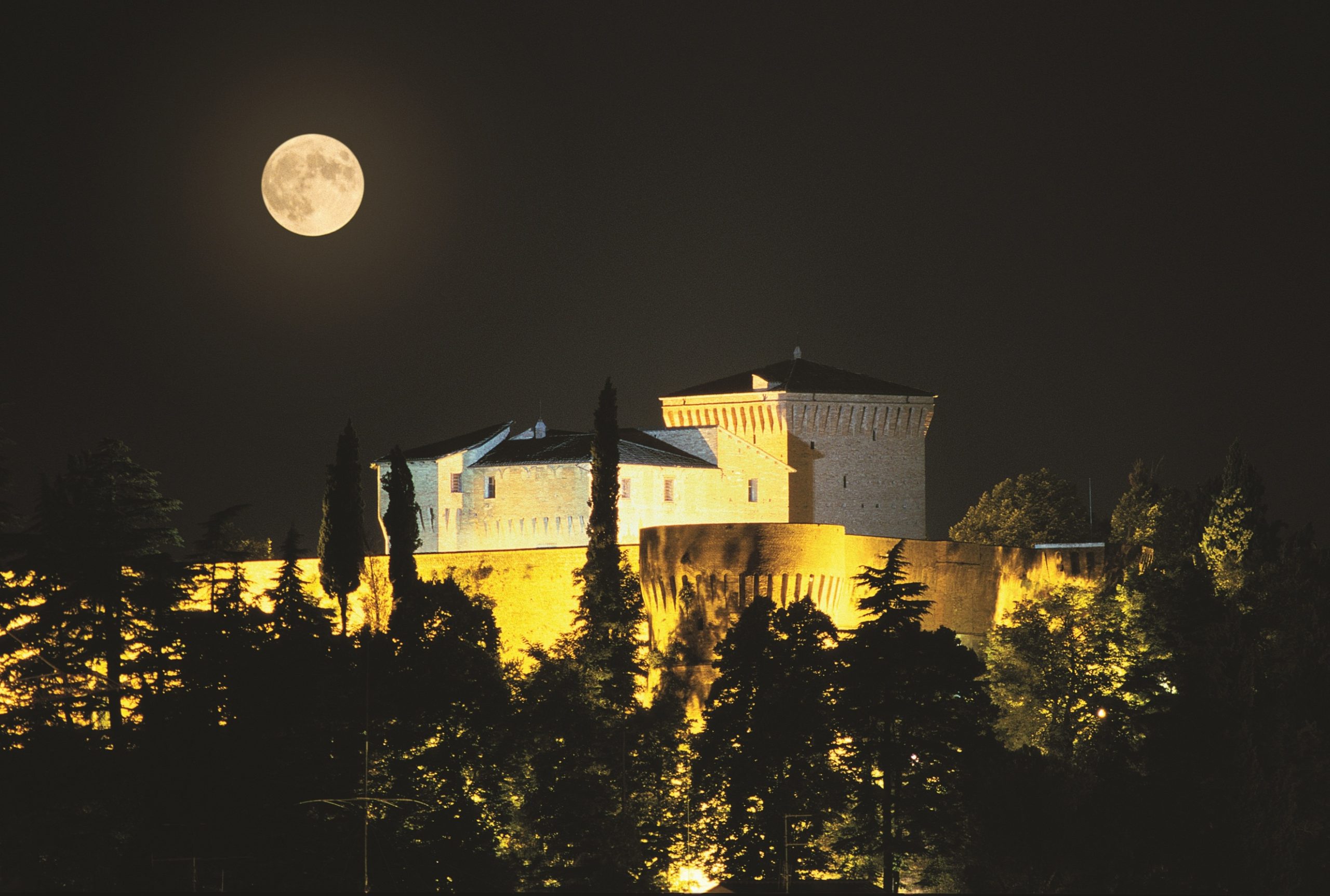 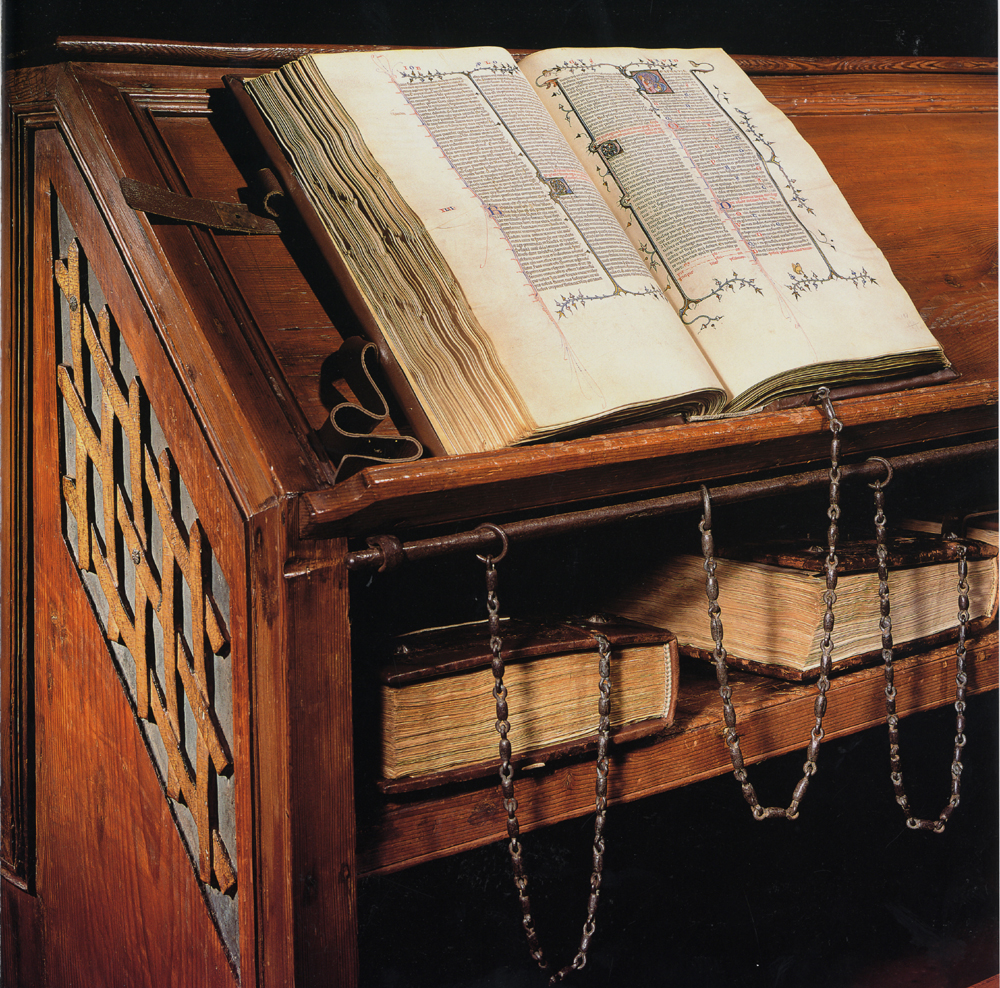 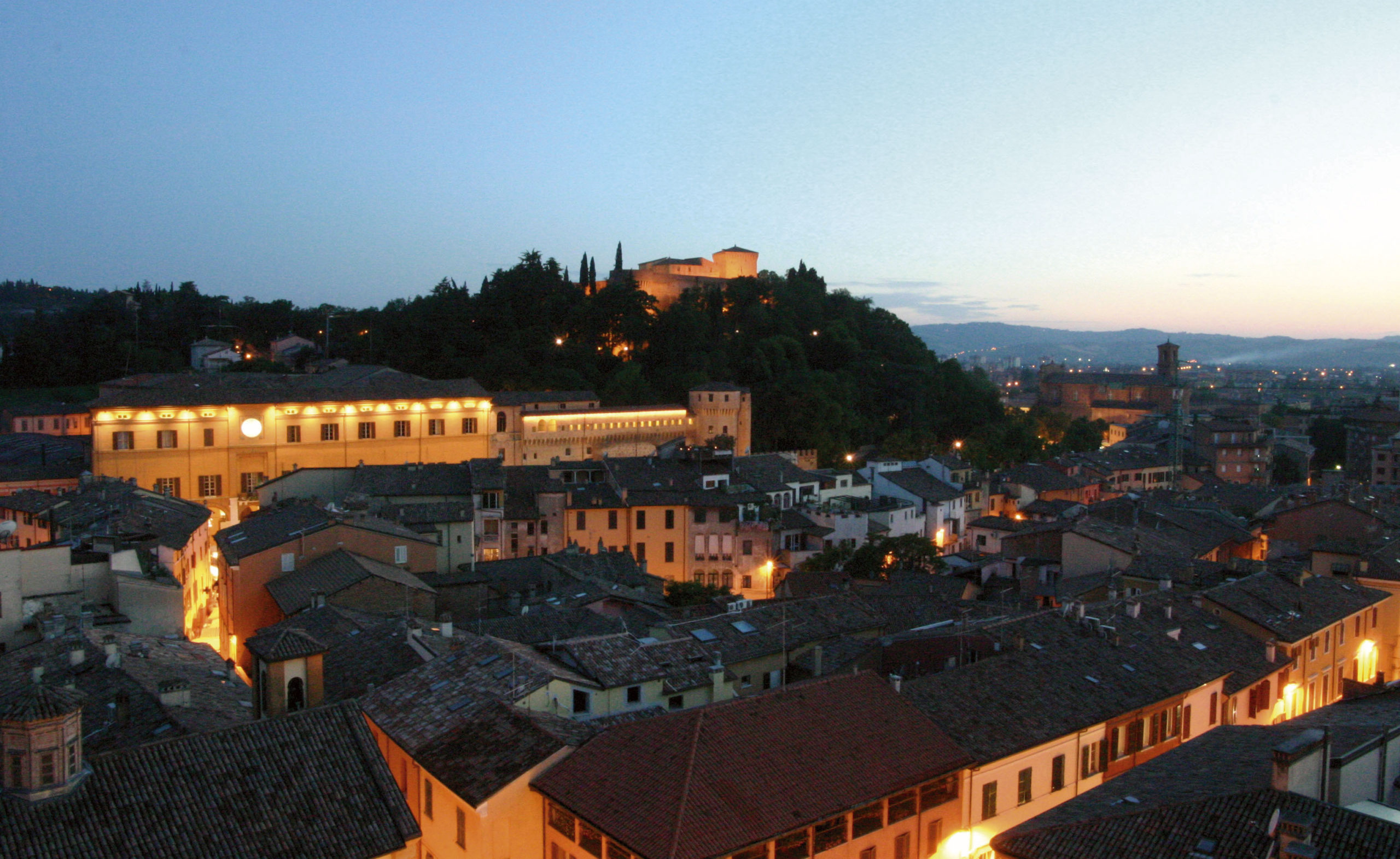 Via della Scalette and the ascent to the Monte

Via delle Scalette and the ascent to the Monte
A small treasure trove of steps and cobblestones, climbing up from the town through houses and trees to the top of the Spaziano hill, on which stands the Benedictine abbey of Santa Maria del Monte.
Generations of people have walked the cobblestones of the ancient road, and along its steps the children have met to play and lovers have met to stroll. A place at the heart of Cesena life, between the secular face of the city and its more spiritual dimension. Walking along Via delle Scalette, which has borne faithful witness to the history of the community for a thousand years, is an experience not to be missed: a path not only of physical but also of spiritual elevation to enjoy an extraordinary panorama, especially at sunset or in a magical evening atmosphere, in order “to see the stars again”, to keep in the spirit of the great poet.

Dante and culture in Cesena

Among the volumes in the Malatesta Library there is a precious 1579 print of the Italian translation of De vulgari eloquentia. Dante’s spirit has often hovered over Cesena’s cultural life: Giovanni del Virgilio kept up a close correspondence with Dante (1319-1321); in the 15th century Benedetto da Cesena “imitated” the third part of the Divine Comedy with his De Honore mulierum; Iacopo Mazzoni wrote the famous Difesa della Commedia di Dante (The Discourse in Defence of the Comedy of the Divine Poet Dante, 1587); the great Cesena scholar Renato Serra wrote a very fine essay on Dante, Su la pena dei dissipatori, Inf. XIII 109-29 (On the Penalty for Squanderers, Inferno XIII 109-29).

Starting from the historic centre, from the eastern side of the city next to the Ponte Vecchio bridge, you can walk along the riverside in the park that runs along the Savio, mentioned by Dante, towards the plain and the sea, touching on the area of the Roman Centuration, or in the opposite direction as far as Roversano and the paths of the first hills of Cesena, where you can admire a charming rural landscape adorned in spring by rows of flowering fruit trees. Respect for nature and recent conservation and improvement works allow walkers to immerse themselves in the biodiversity of an environment rich in vegetation and birdlife.

Loving Cesena also means loving good food, which is typical of Romagna. This includes dishes such as cappelletti in broth, but also the ever-present piadina – “the bread of the Romagna people” according to Giovanni Pascoli – combined with sliced meats or squacquerone, a typical fresh cheese from Romagna, which is always available at the traditional kiosks that are dotted throughout the town.

Malatesta Library
Inaugurated in 1454, the Malatesta Library is a jewel of inestimable value and offers a unique experience to the visitor.
First of all, it is the first civic library, created when these temples of culture were the exclusive prerogative of the Church or of private citizens: the Lord of Cesena, Domenico Malatesta Novello, together with his wife Violante, wanted it built and donated it to the city.
In addition, it is the only example in the world of a humanist library that has been perfectly preserved in its building, including its furnishings and books. It is a very precious collection of 345 manuscripts and 48 printed volumes. Entering the Nuti Hall today is a real journey back in time.
In 2005, UNESCO recognized the value of the Library, including it in the prestigious “Memory of the World” programme – the first site in Italy and the only one in Emilia-Romagna, and among just eight in the whole country.
The Rocca Malatestiana fortress
High on Garampo hill, the Rocca Malatestiana dominates the city.
A place of rare beauty and ancient Malatesta origins: its construction, begun in 1380 with Galeotto Malatesta, was continued by his successors Andrea and Malatesta Novello, and was completely renovated and completed in 1477, during papal rule. Today it is one of the most imposing and best-preserved fortresses in Romagna. You reach the entrance through the greenery of the Parco della Rimembranza: a large inner courtyard welcomes the visitor, enclosed by ancient walls. You can visit the internal walkways and the panoramic terraces, from which you can admire the entire city and the surrounding area, with a view that stretches from the mountains to the sea. At the centre of the Court stand the two towers, the Maschio (Male) and the Femmina (Female), where you can visit the Museum of the History of Agriculture, the old prisons and the exhibition of jousting weapons.
Abbey of Santa Maria del Monte
A few steps from the historic centre of Cesena, on the Spaziano hill, the thousand-year-old Benedictine Abbey of Santa Maria del Monte watches over and protects the whole city.
The site can be reached in a few minutes, even on foot, through the scenic and suggestive Via delle Scalette.
The Basilica is a place that is much loved and cherished by the people of Cesena. Since ancient times it has been a site of worship and devotion for the community, as evidenced by the precious collection of ex-votos, which are of of great historical and cultural value: votive images made and donated to the altar as thanks for the Virgin’s protection and her intervention in the dramatic events that have happened to the citizens over the centuries.
Also of great importance are the paintings inside the church, in particular the dome created in the 18th century by Giuseppe Milani from Parma.
Inside the basilica complex there is also the Laboratory of Ancient Book Restoration, which is active in the recovery and conservation of ancient texts on paper or parchment.
Villa Silvia-Carducci
A splendid 18th-century villa, situated in the green and gentle hills between the centre of Cesena and Bertinoro, it belonged to the countess Silvia Pasolini Zanelli, who in 1874 became its owner and made it the “salon” of Romagna culture of the time.
Among other intellectuals, Giosuè Carducci was at home here: evidence of this can be seen in his bedroom, with its original furnishings still intact. It is also home to the unmissable Musicalia Museum, a journey through the centuries, through seven rooms, to discover mechanical music. From Leonardo Da Vinci ‘s mechanical drum to 19th-century bourgeois drawing rooms full of sound furnishings, from tiny animated music boxes to large fairground organs reproducing entire orchestras. The villa is surrounded by the charming Talking Literary Garden, which tells stories and anecdotes about the history of the place. 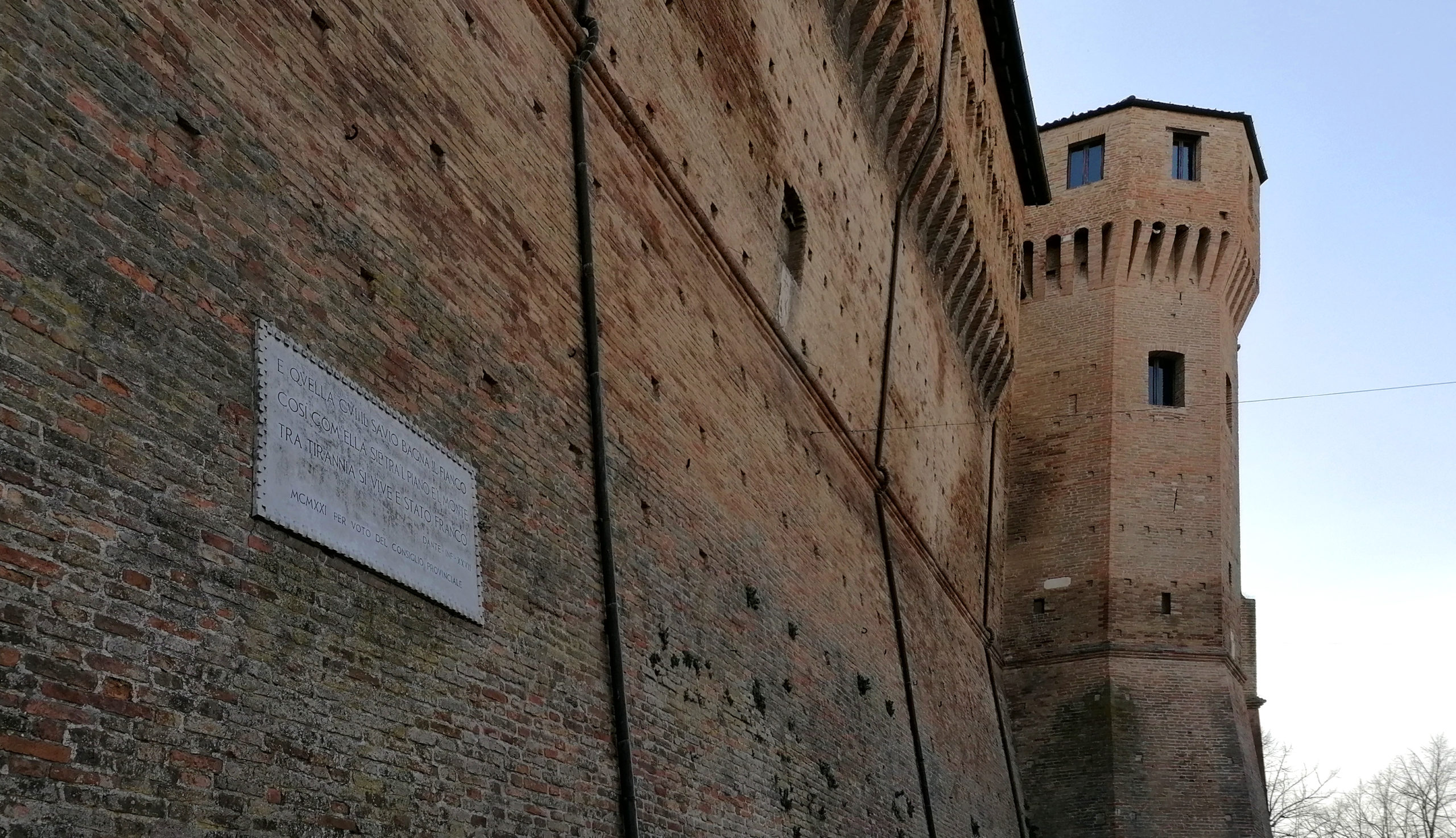 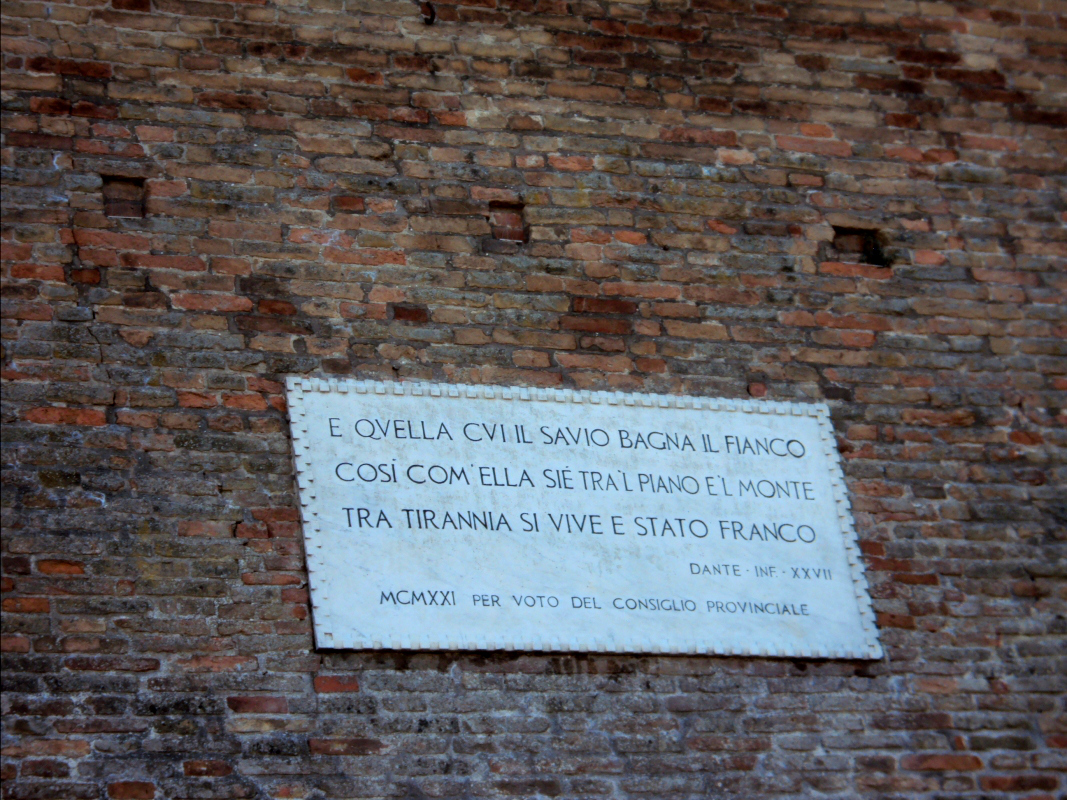 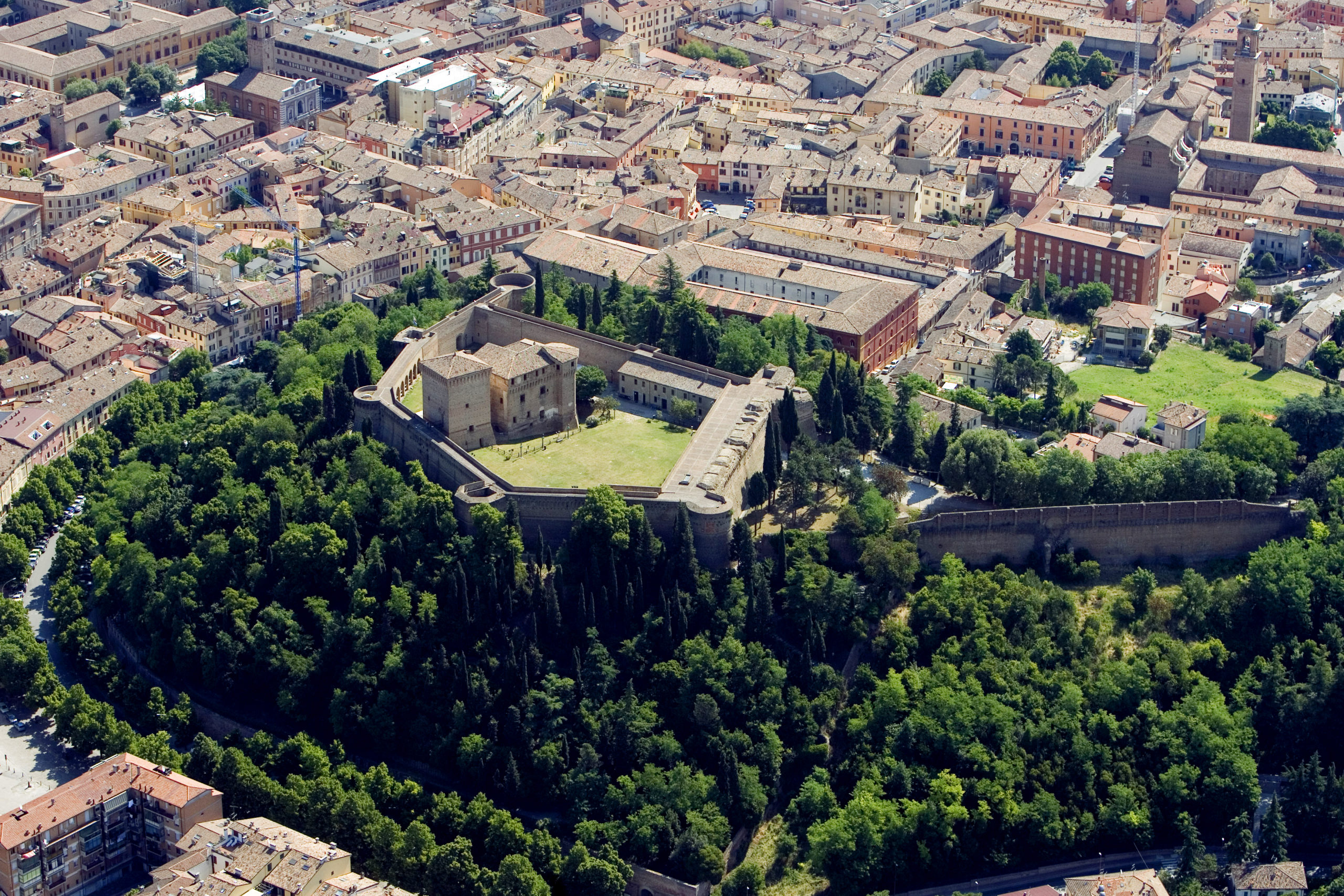 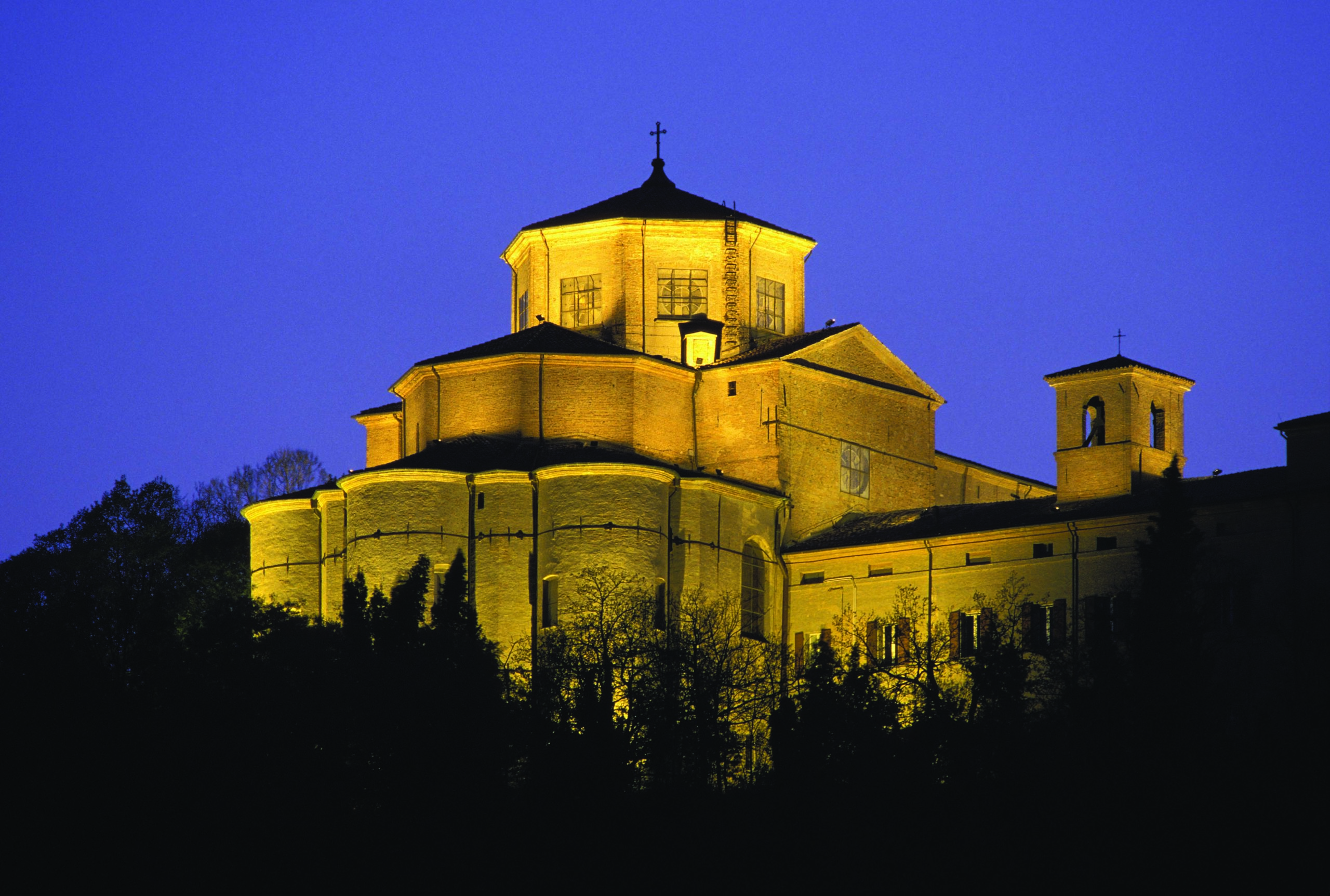 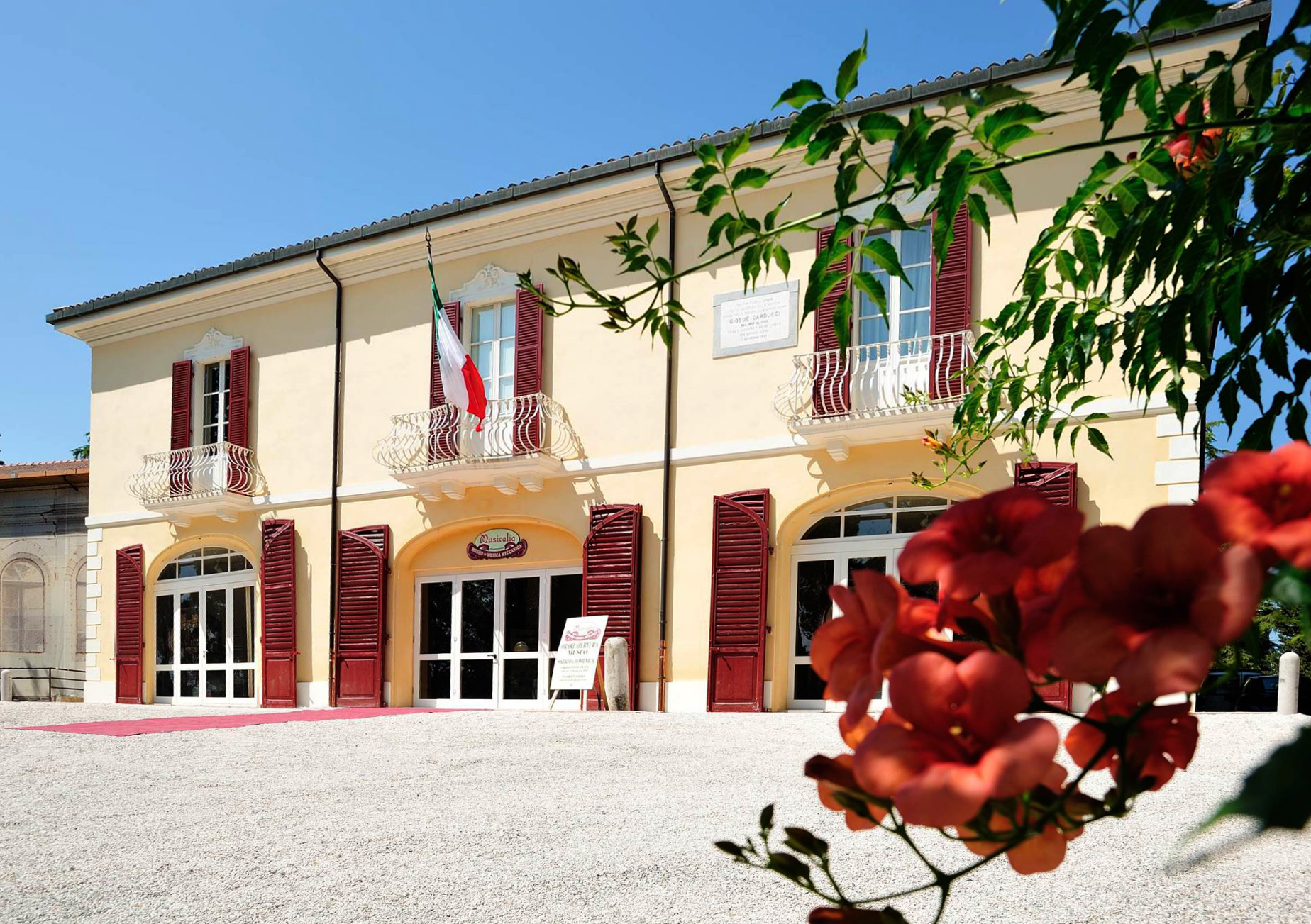