This small town in the Tuscan-Romagna Apennines, mentioned in Dante’s Purgatorio (Canto 14, 16) by Guido del Duca should definitely be explored, as it is a real treasure of history, culture, food, wine and hiking. It is best known to the general public for the excellence of its state-of-the-art spa and the Festival delle Voci Nuove, a nationally renowned musical contest dedicated to up-and-coming talent. It has also distinguished itself in obtaining the “Borgo Bandiera Arancione” (Orange Flag Village), a mark of touristic and environmental quality for the country’s interior, awarded in 2005 by the Touring Club Italiano. Castrocaro Terme and Terra del Sole boasts a historical and architectural heritage of great value and offers an impressive historical centre, with numerous Renaissance buildings and ancient monuments. Watching over the town from the top of a rocky spur is the imposing Fortress, one of the oldest castles in Italy, dating back to the end of the 9th century. Descending into the modern centre, one discovers the beautiful park and spa complex, a splendid testament to the pure Art Deco style. Terra del Sole, on the other hand, is a Renaissance marvel, a fortress-town that is emblematic of the power of the nobility at that time and was strongly favoured by Cosimo de’ Medici, when this territory was under Florentine rule. The fruit of Humanism, which placed man at the centre of the universe, Terra del Sole represents the realisation of the ‘ideal city’ envisioned by figures of the Renaissance, expressed in a harmonious respect for space and volume. 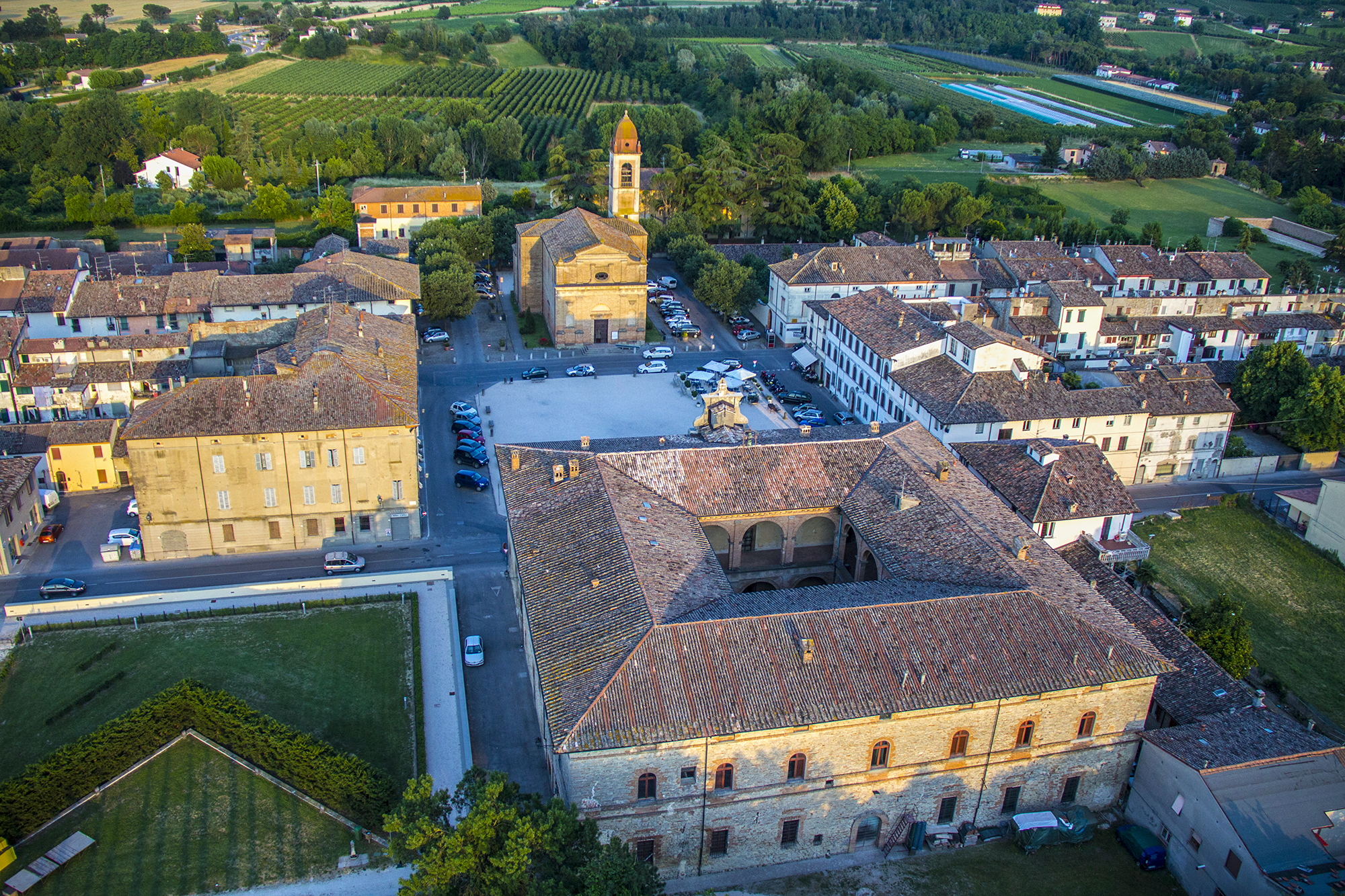 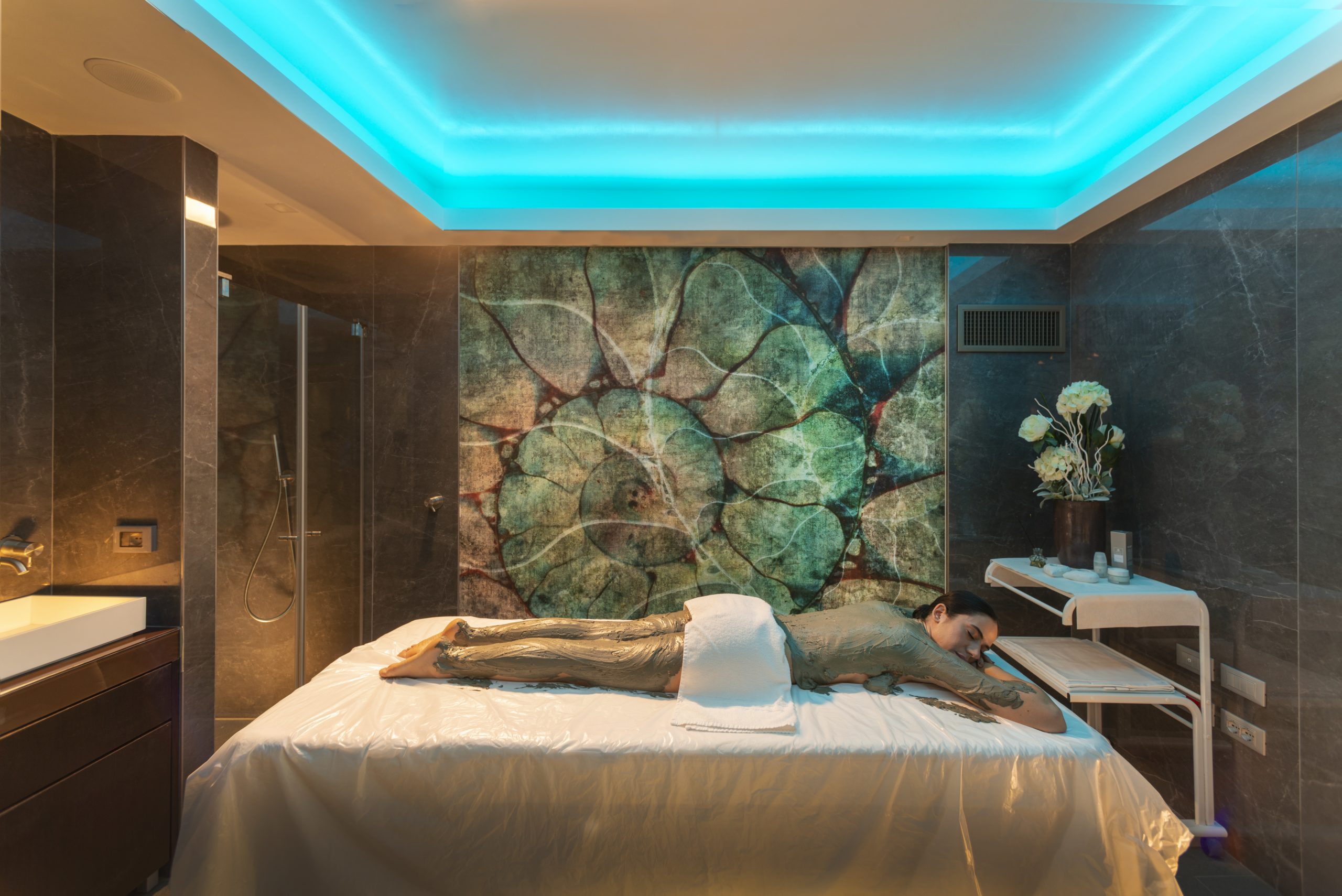 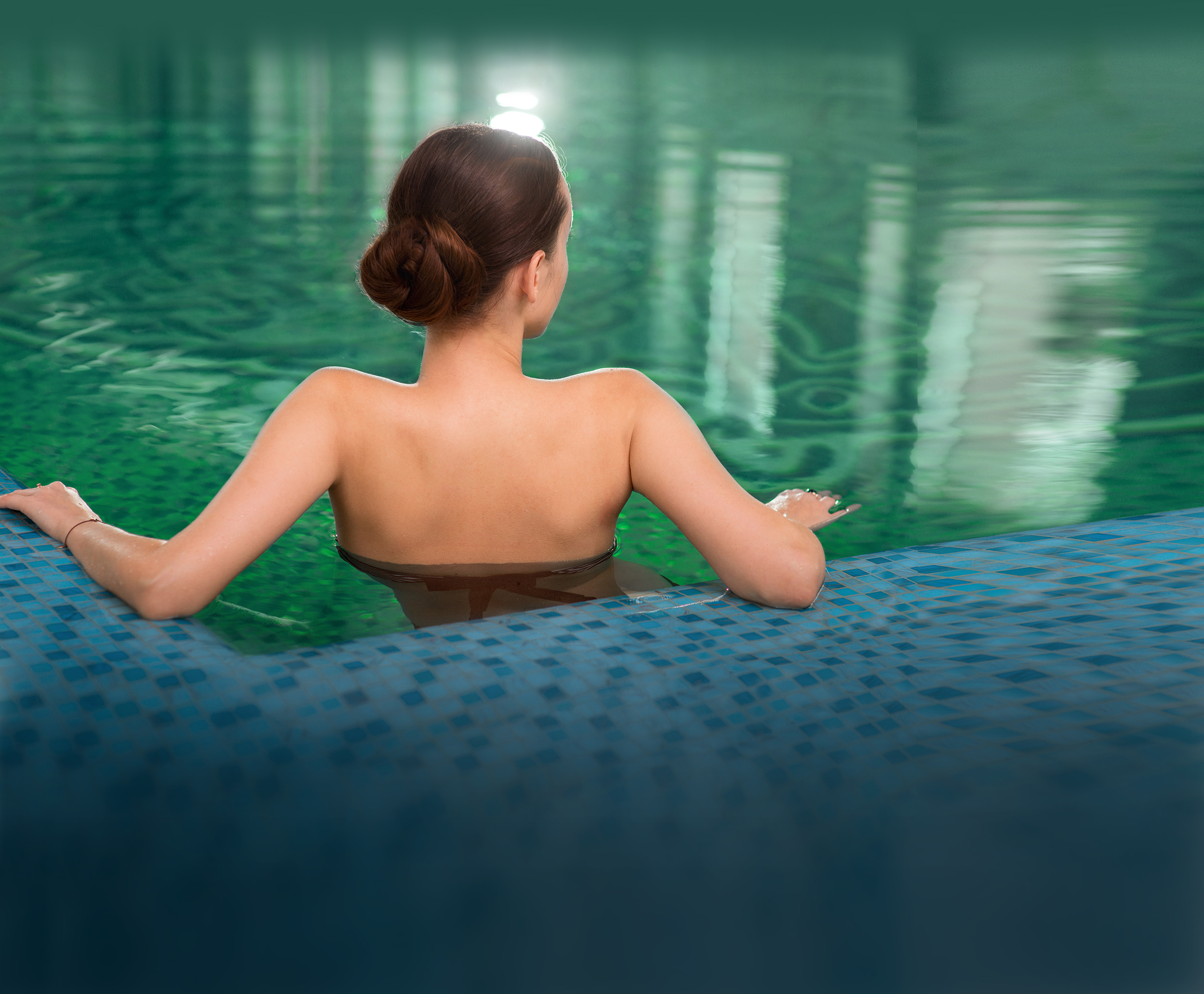 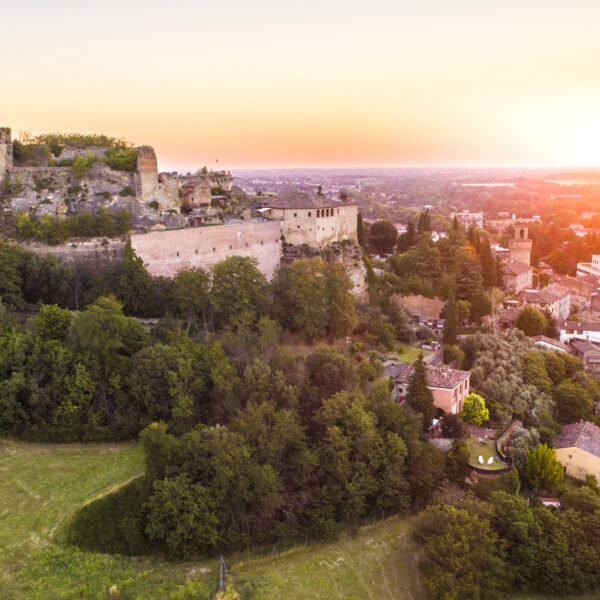 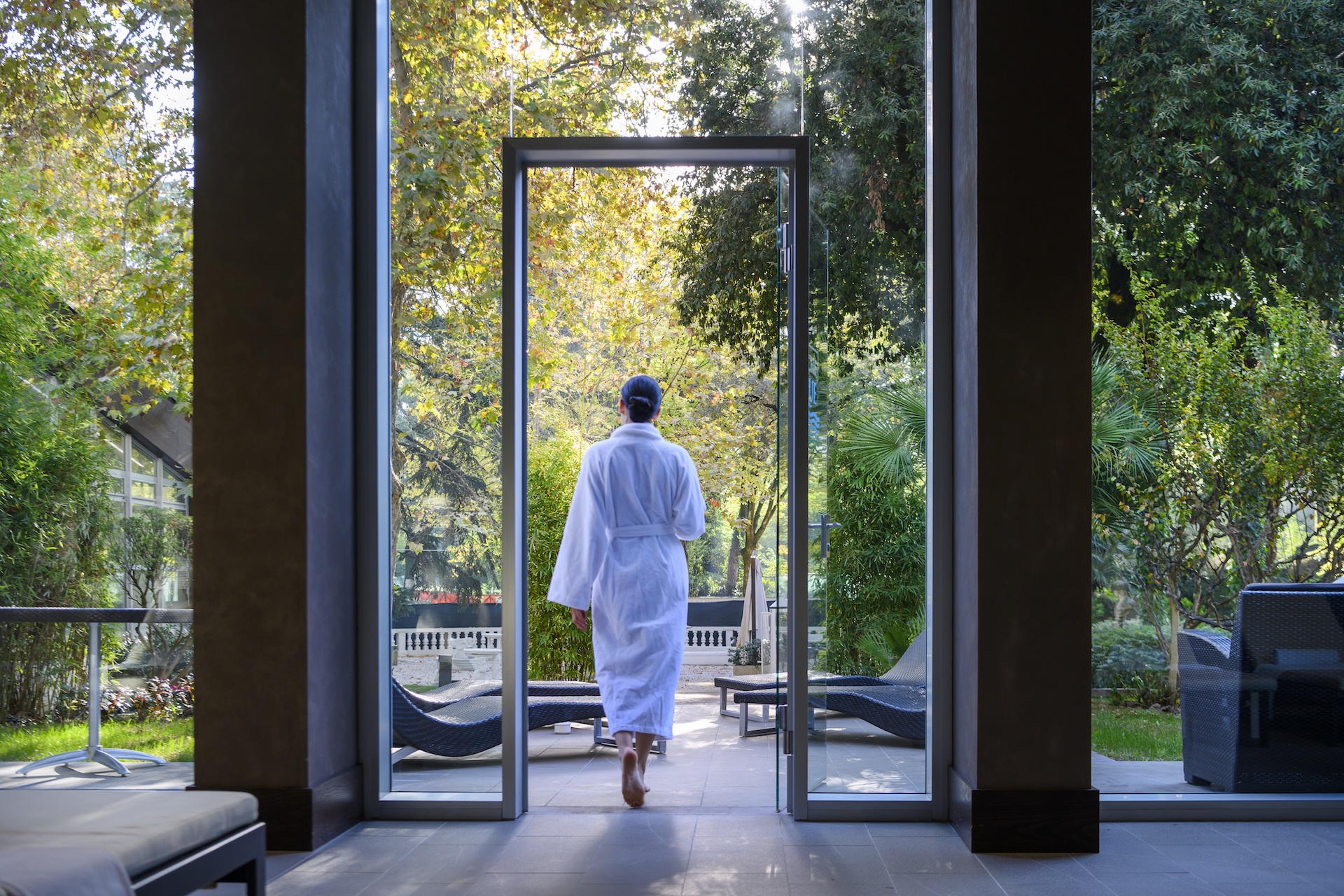 The Terme di Castrocaro is an avant-garde multifunctional centre where everything – natural resources, therapeutic treatments, medical, beauty and thermal treatments – contributes to improving the quality of one’s health. Here the spa experience finds its highest expression, thanks to the miraculous and versatile applications of the salso-bromo-iodine and sulphurous waters and the “velvet” mud.

The spa town offers many possibilities for hiking. The “Spungone” circuit, a geological feature that is unique to Italy, is an environmental asset of great cultural and touristic importance, offering fascinating views of the landscape. Castrocaro Terme is a stop along the Via Romea Germanica, one of the great European routes leading to Rome. Finally, the town is a great starting point for reaching the hermitage of Montepaolo, an important place of great beauty where the Cammino di Sant’Antonio (Route of St. Anthony) and the Cammino di Assisi (Route of St. Francis of Assisi) meet.

treasures, not far from such places which Dante wrote of as the Acquacheta waterfall, Ravenna and Forlì, an essential destination where a major exhibition dedicated to the Poet will be held.
At the dawn of a long-awaited potential entry on the list of UNESCO World Heritage Sites, the spa town has all its riches on display, as part of an interregional tourism project, involving its thousand-year-old fortress, a charming old village, its beautiful “sister” town Terra del Sole and its renowned thermal baths. .

Castrocaro Terme and Terra del Sole offer the best of Romagna’s food and wine traditions: a table packed with flavours centred around a few focal points such as cappelletti or tagliatelle, piadina, cold cuts and meats. The surrounding hills boast a renowned winemaking tradition featuring excellent wines with a distinctive character: the red Sangiovese and the white Trebbiano, which are popular throughout Italy, and others such as Albana, Pagadebit and Cagnina. The farms and agritourisms belonging to the Route of Wines and Flavours of the Hills of Forlì-Cesena are open for visits and tastings.

The Castrocaro Fortress
Proudly erected on a rocky spur, it is a monument of considerable architectural, historical and cultural value and one of the most important examples of a fortress in Romagna.
Dating back to the 10th-16th centuries, it is a popular destination for medieval festivals and falconry shows. The tour starts from the Palazzo del Castellano, which houses the Historical Museum of the Castle and the City, with weapons, furnishings, paintings and medieval and Renaissance majolica that tell of the thousand-year history of the Fortress through the three periods of the castle and city’s occupation. You then descend into the extraordinary and unique Arsenali Medicei, featuring three vast rooms over 12 metres high. The next stop is the Enoteca dei Vini Pregiati Locali, a wine shop that is part of the Route of Wines and Flavours of the Province of Forlì-Cesena. The internal courtyard opens onto the splendid panoramic terrace, where the view is breathtaking: to the north, the castle of Montepoggiolo, to the east, the nearby city of Forlì and beyond, Ravenna and the Adriatic Sea.
The Citadel of Terra del Sole
A veritable fortified “ideal city”, an admirable example of the new urban model on a human scale that was imposed in Italy in the 16th century by Grand Duke Cosimo I de’ Medici.
It was built according to the theories and experience of military engineers, as well as the golden rule of symmetry, which lends an admirable spatial harmony to the whole. It boasts a 13-metre-high, 2-kilometre-long rampart wall topped by two castles. In the central square, the church of Santa Reparata and the Palazzo Pretorio, a symbol of temporal power, whose former dungeons house one of the very rare concrete achievements of Leonardo da Vinci: the spiral staircase.
The Padiglione delle Feste
The Padiglione delle Feste (Festival Pavillion) is one of the three buildings of the spa complex in Art Deco style. It is notable for its elegance and refinement, standing out amongst the Italian rationalist architecture of the Fascist Period.
It was inaugurated in 1938 under the direction of Tito Chini and embellished with wonderful ceramic decorations with metallic lustres, produced in the Tuscan workshops of Borgo San Lorenzo.
The Pavilion was conceived of as a continuous space to be experienced as an explosion of light and colour. The ceiling features the constellations and signs of the zodiac in an elegant contrast of white and gold tones. Inside are two floors with airy space and several rooms with exquisite décor.
Today, the Padiglione delle Feste is a culturally rich space with a variety of events and exhibitions that combine well-being and art. A true feather in the cap of the spa, surrounded by the greenery of the park, it has been used on many occasions for the famous “Festival delle Voci Nuove” singing competition. 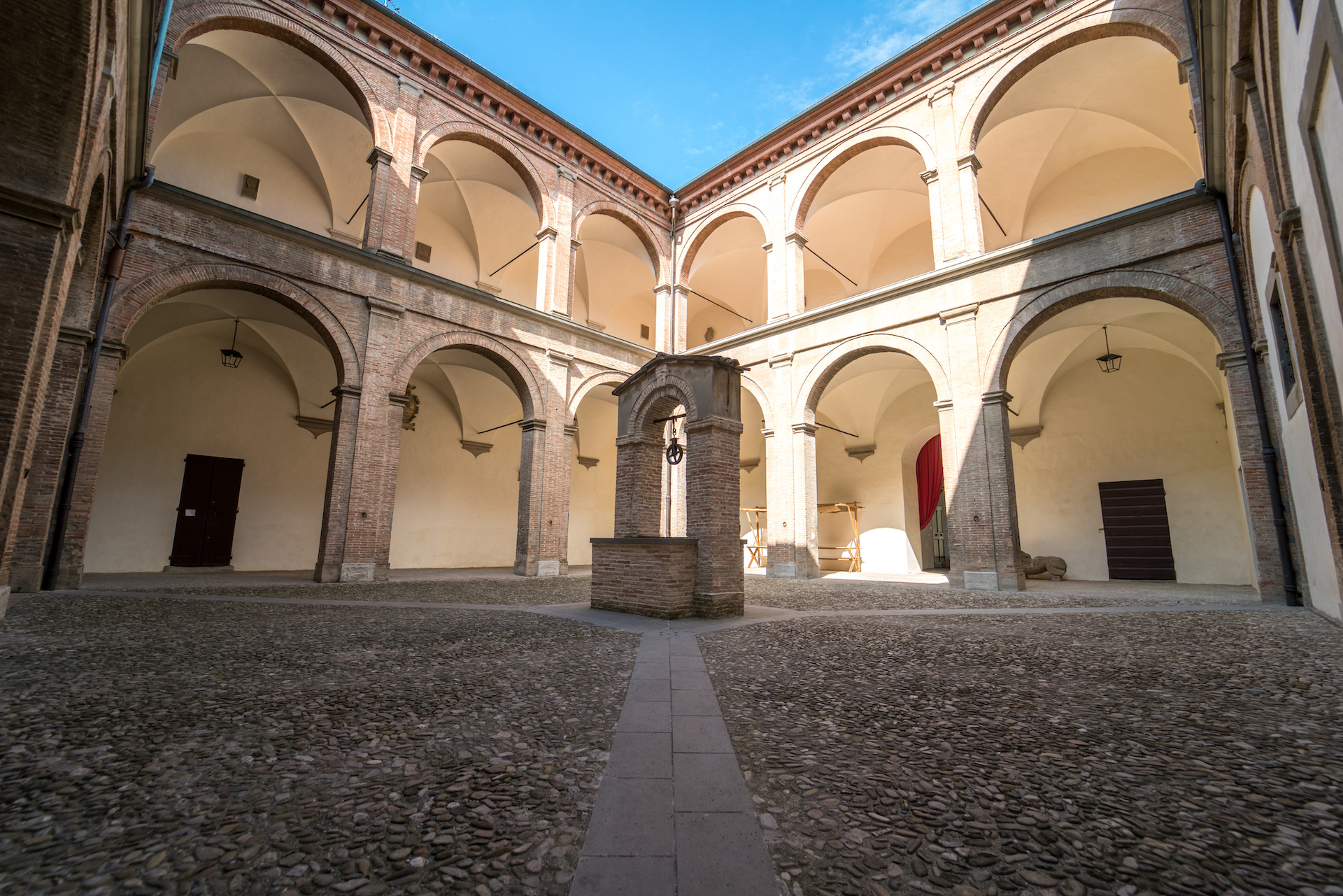 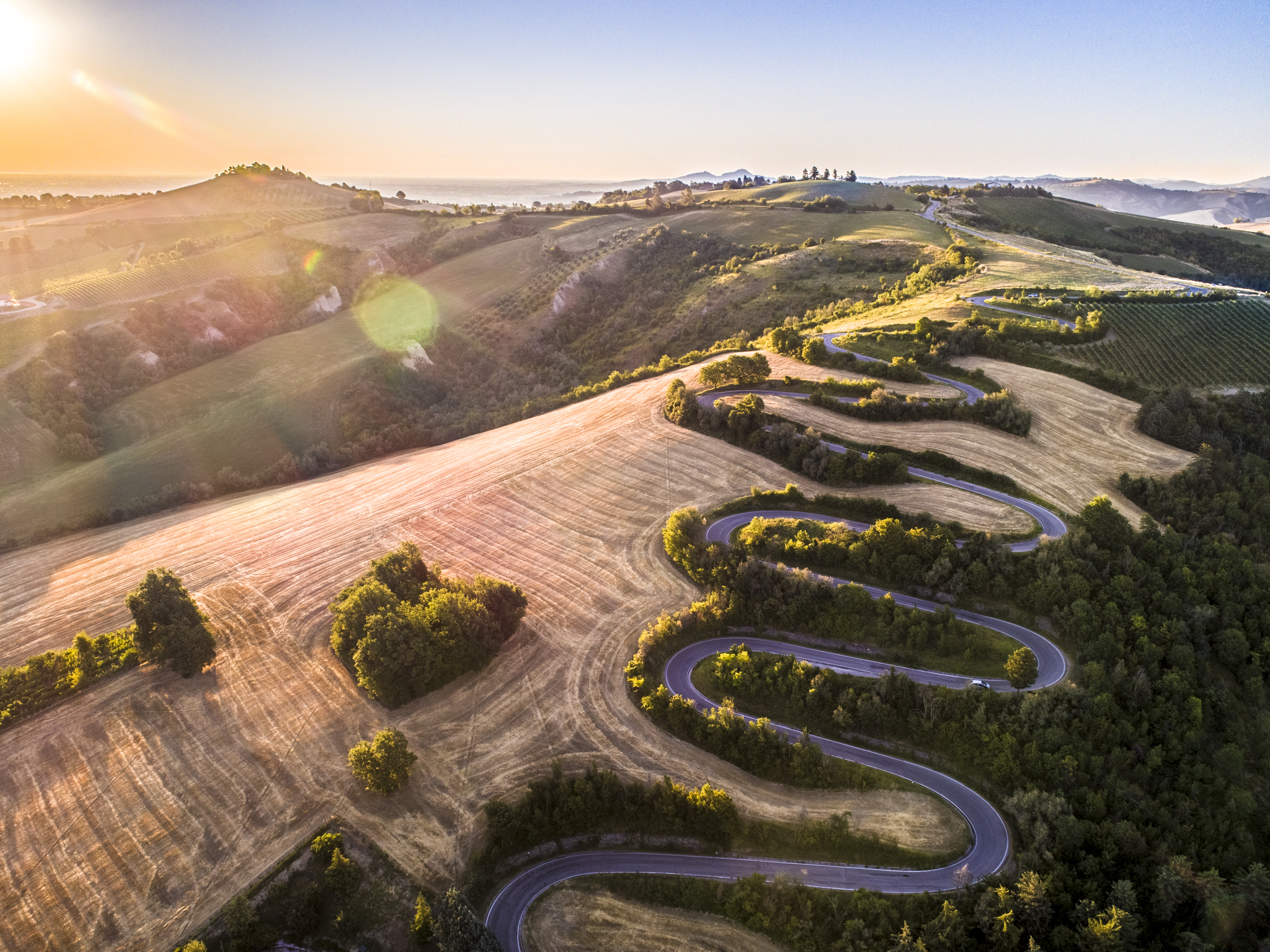 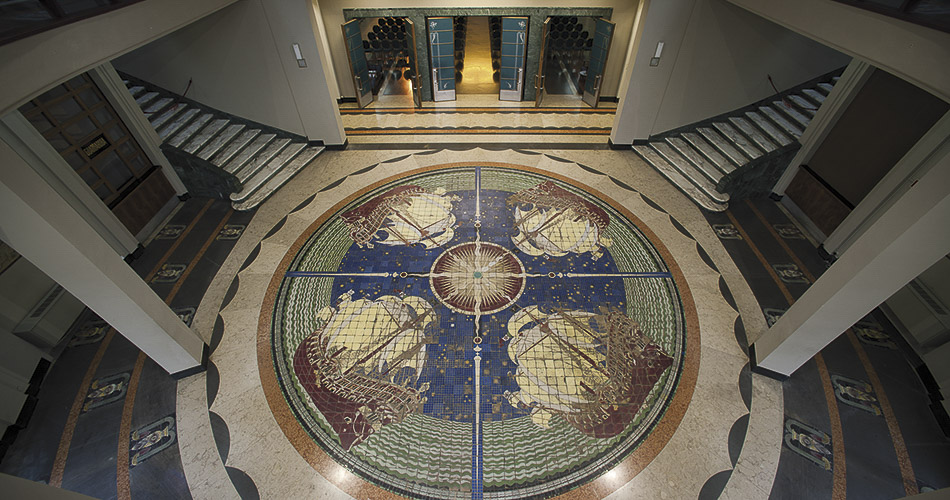